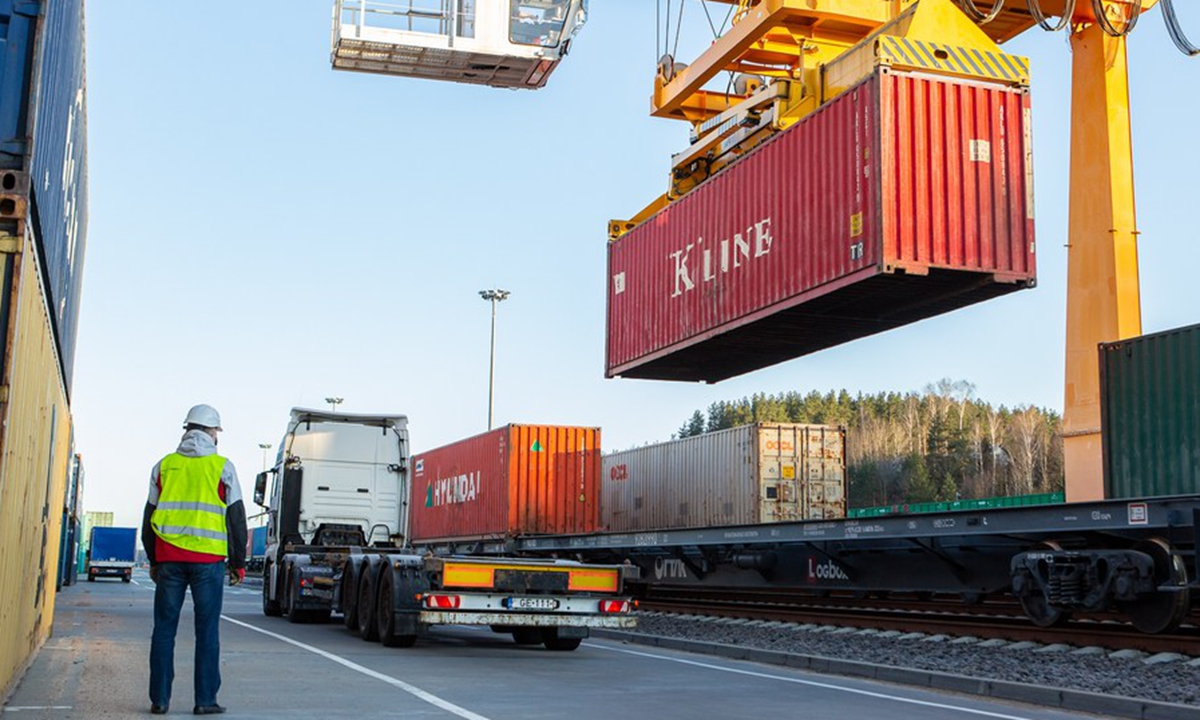 Other European countries are unlikely to follow suit after Lithuania announced over the weekend that it has withdrawn from the 17+1 cooperation mechanism between China and Central and Eastern Europe Countries (China-CEECs), as the country in the Baltic region, pressured by the US on security and ideology issues, has played an insignificant role in the China-CEEC mechanism, Chinese experts said on Sunday.

Lithuania has dropped out of the 17+1 cooperation mechanism for “practical purposes”, and it also urged other EU countries to abandon the initiative, Politico reported on Friday, citing the country’s foreign minister Gabrielius Landsbergis. The official further elaborated that unity of the EU bloc is key to success, the media report said.

The latest move is partially driven by China’s latest countermeasures over EU accusations against China’s Xinjiang policy. A member of parliament of Lithuanian was put on Beijing’s sanction list, Cui Hongjian, director of the Department of European Studies at the China Institute of International Studies, told the Global Times on Sunday.

As the relations between China and the EU experienced hiccups over the latest freezing of the China-EU Comprehensive Agreement on Investment (CAI), Lithuania, which is a relatively small market in the China-CEEC cooperation mechanism, took this occasion to stand up against China, Cui said.

“On the political and security issues, Lithuania has certain level of fear toward former Soviet Union and today’s Russia. So when China and Russia are getting closer strategically, out of that fear, Lithuania has to keep certain distance from China,” he said.

It’s clear that Lithuania is challenging China not only on trade and business but also on the questions concerning Beijing’s core interests. For instance, Lithuania's parliament passed a resolution on Thursday to describe China’s treatment of Uygur as “genocide” and “crimes against humanity.” The Chinese Foreign Ministry condemned the move, calling it a gross interference in China's internal affairs.

In March, Lithuania announced that it would open a trade representative office on the island to promote its relations with Taiwan, a region which China regards as an inalienable part of the Chinese territory. This also ignited the firm objection from China, which urged the Baltic nation to stay true to the one-China principle.

Despite Lithuania’s seemingly high-profile announcement of the withdrawal decision, Chinese experts said the withdrawal of the country from the mechanism won’t have any significant impact on the China-CEEC cooperation.

In fact, Lithuania’s withdrawal will have no impact on the 17+1 cooperation, Liu Zuokui, a research fellow on European studies at the Chinese Academy of Social Sciences in Beijing, told the Global Times on Sunday. “To the contrary, the withdrawal can help reduce ‘some negative assets’ from the mechanism,” the expert said.

China and the Central and Eastern European countries first held their summit in Poland in 2012, launching the 16+1 platform for boosting cooperation and trade. When Greece joined the platform in 2019, it was renamed 17+1 and became an important supplement to China’s ties with the EU, according to media reports.

However, Lithuania represents only a small fraction of China’s trade with Central and Eastern European countries. According to China’s Ministry of Commerce, China’s trade with Lithuania was recorded at just $1.35 billion in 2019. As of the end of 2019, China is in the 22nd place as its export market, and 10th as its source of imports.

Quitting a certain cooperation platform or an international organization is a normal practice. While Lithuania has not contributed a lot to the 17+1, it has been damaging the mechanism by ganging up with other countries in the Baltic region to stir trouble, Liu said.

The withdrawal of countries like Lithuania could also be the opportunity to improve China-CEEC cooperation mechanism, according to Chinese experts. The key part of the mechanism remains intact as the trade relationship with Visegrád Group, which accounts for half of the total in the platform, goes well, Liu noted.