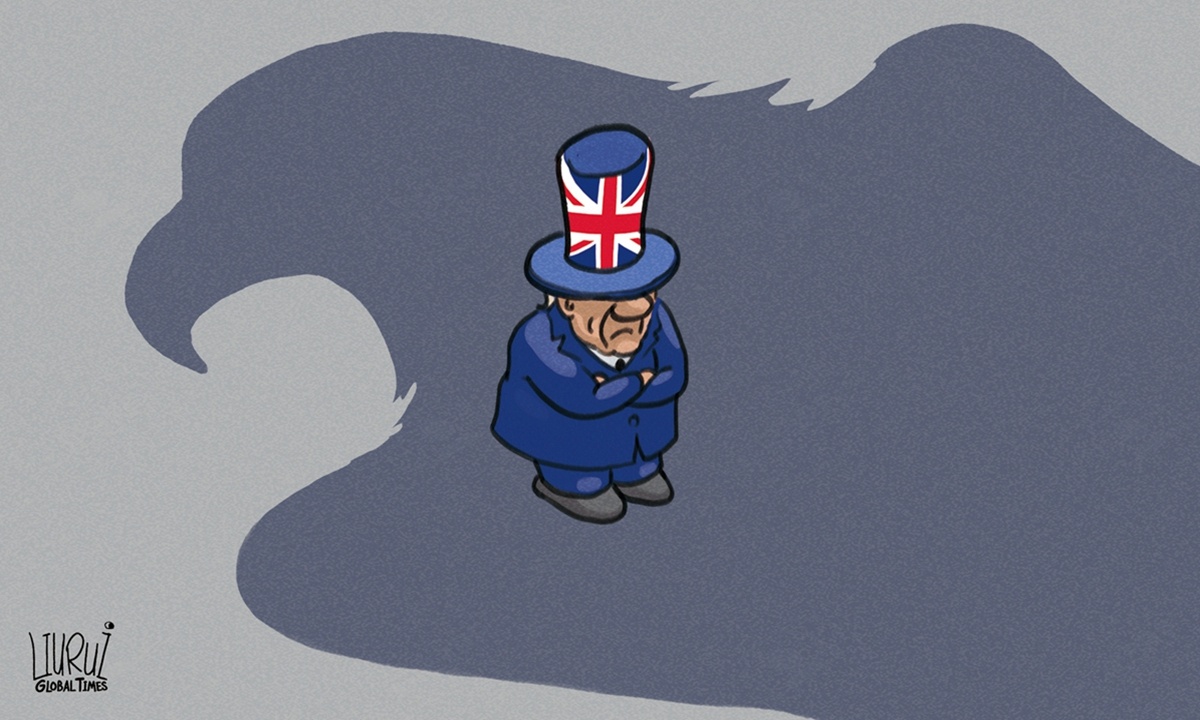 Ken McCallum, director-general of the UK's Military Intelligence, Section 5 (MI5) on Wednesday said that Russia, China and Iran have imposed growing "national security challenges" to the UK and emphasized that the biggest long-term challenge is presented by China.

"Russia, China and Iran are one of the few diplomatically independent countries in the world, right?" Some Chinese netizens mocked.

FBI Director Christopher Wray has once said China is the "greatest long-term threat to the US." The new head of MI5 hyped the so-called China threat during his first public remarks, and the views he expressed are exactly those of some US politicians - full of a Cold War mindset. Following the US steps, the UK has lost the ability to think independently. It is blindly showing loyalty to the US, its "big brother."

In recent years, the UK has been interfering in the Hong Kong issue. It has also announced a ban on purchasing new Huawei 5G equipment after December 31, 2020, and has followed the US and some other Western countries in accusing China of violating human rights in the Xinjiang Uygur Autonomous Region. As a close ally of Washington, the UK has been provoking China together with the US. Does the UK also want to escalate its hostility toward China and start decoupling from China in economic, technological and other aspects?

The UK can no longer be completely separated from China. The Brexit transition period is coming to an end, and the UK will be facing many uncertainties by then.

But facing such a dilemma, the UK has chosen to follow the US, targeting countries with different ideologies such as China. "In the context of China-US competition, the UK is following Washington even more closely on security, and is the most hostile member to China among European countries," Cui Hongjian, director of the Department of European Studies of the China Institute of International Studies, told the Global Times. "The UK believes it will have to seek more support from the US after Brexit, so it wants to turn to Washington as much as possible," Cui said.

However, it has made the wrong choice, even a regression. After Brexit, the UK will need to seek to integrate more into globalization, but following the US to divide ideological camps and viewing the world from a Cold War perspective does not help. The UK will only be regarded as a pawn and will completely lose its diplomatic independence. A "Global Britain" cannot live without cooperating with China. By opposing China, or even regarding China as an adversary, the UK will lose its huge opportunity to further develop.

As its national strength declines, the UK must understand that choosing an unreliable US as its backing is an irresponsible and hasty decision.

The UK, after Brexit, is about to embark on a new chapter. It should not take a wrong step at the very beginning.