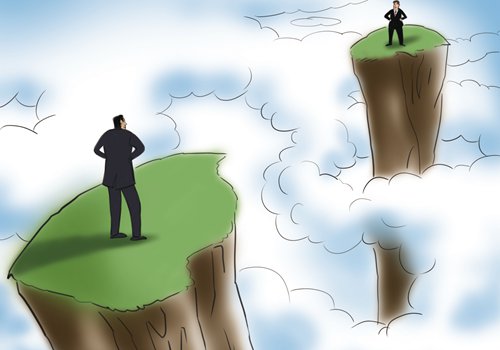 The spy poisoning row between Britain and Russia has drawn the attention of the global community. The London-Moscow row was sparked by the murder attempt on former Russian double agent Sergei Skripal and his daughter Yulia in Britain's southwestern city of Salisbury on March 4. Britain claims the father-daughter pair was exposed to a nerve agent called Novichok and blames Russia.

Soon, British Prime Minister Theresa May announced a series of measures against Russia over its failure to respond to demands by the British government to explain the poisoning incident. These measures included the expulsion of 23 Russian diplomats in a week, freezing of Russian state assets in Britain, suspension of all planned high-level bilateral contacts and a boycott by ministers and the royal family of the FIFA World Cup in Russia.Russia, which denies any involvement in the attack, said it would retaliate against the British measures. Russian Foreign Minister Sergei Lavrov said on March 13 that Russia was not responsible for the poisoning and demanded access to samples of the nerve agent. Russian Ambassador to the United Nations Vasily Nebenzya said on Wednesday that Britain's allegations that Moscow was responsible for the nerve attack were "completely unacceptable."Some Russian experts thought that the incident is closely related to the Russian presidential election and is a manifestation of the West's anti-Russia policy. Western countries tried to seek the end of Russia's current regime by disrupting its elections. In addition, as US and Russia are involved in a new round of confrontation, Britain's measures against Russia aim to draw US support over Brexit negotiations. Russian media outlet Kommersant commented that the spy chemical attack took place at a critical juncture in Brexit negotiations, indicating the British government wants to distract the public from its domestic and diplomatic woes. The London-Moscow row will cast a shadow on the already strained bilateral ties. British-Russian relations worsened since 2003 as Britain gave political asylum to fugitive oligarch Boris Berezovsky and Chechen rebel envoy Akhmed Zakayev. Bilateral ties turned frosty in 2006 as the death of poisoned former Russian spy Alexander Litvinenko in London triggered a diplomatic crisis. After Crimea was annexed by Russia in early 2014, Britain supported and promoted sanctions against Russia, and acted tougher than the US on some issues concerning Russia. Since Donald Trump took power as US president last year, London has beefed up efforts to lobby Washington for putting the heat on Moscow. Britain-Russia relations will remain frosty due to lack of common interests and a driving force to mend ties. The diplomatic row will affect the warming of ties between Russia and the EU. Russia-EU trade volume has increased since last year and Moscow's energy export to the EU set a new record. High-level contacts between the two sides have seen momentum. German Chancellor Angela Merkel visited Moscow for talks on May 2 last year. Russian President Vladimir Putin visited France in late May of 2017 and inaugurated an exhibition with French counterpart Emmanuel Macron marking the 300th anniversary of Russian Tsar Peter the Great's trip to Paris. However, after the spy poisoning attack, May called for joint efforts by Germany and France to ramp up pressure on Russia. European powers have to toe the British line and maintain distance from Russia. There is a possibility that Macron's planned trip to Russia this year will likely be  affected.Nationalist sentiments in Russia have seen an upsurge because of the Ukraine crisis and Crimea's annexation to Russia in particular. Many analysts reckon that as Western countries continue "bullying" Russia, the country's strong national spirit has united Russian society in support of Putin. Putin re-elected as Russian president with over 76 percent of vote on Monday.