"There should be no retreat until a complete victory is won," Chinese President Xi Jinping recently pledged, calling for perseverance in the fight against poverty as there are only two years left for the country to wipe out poverty by 2020. He also warned of undesirable practices found in the poverty relief process, including window dressing, red tape and fraud.

How far is China away from meeting the goal? What are the major barriers? How to ensure a sustained victory in fight against poverty? People’s Daily app (PD app) reporter  interviewed Li Xiaoyun (Li), professor at the College of Humanities and Development Studies at China Agricultural University and member of Advisory Committee of the State Council for Poverty Reduction, on these issues. 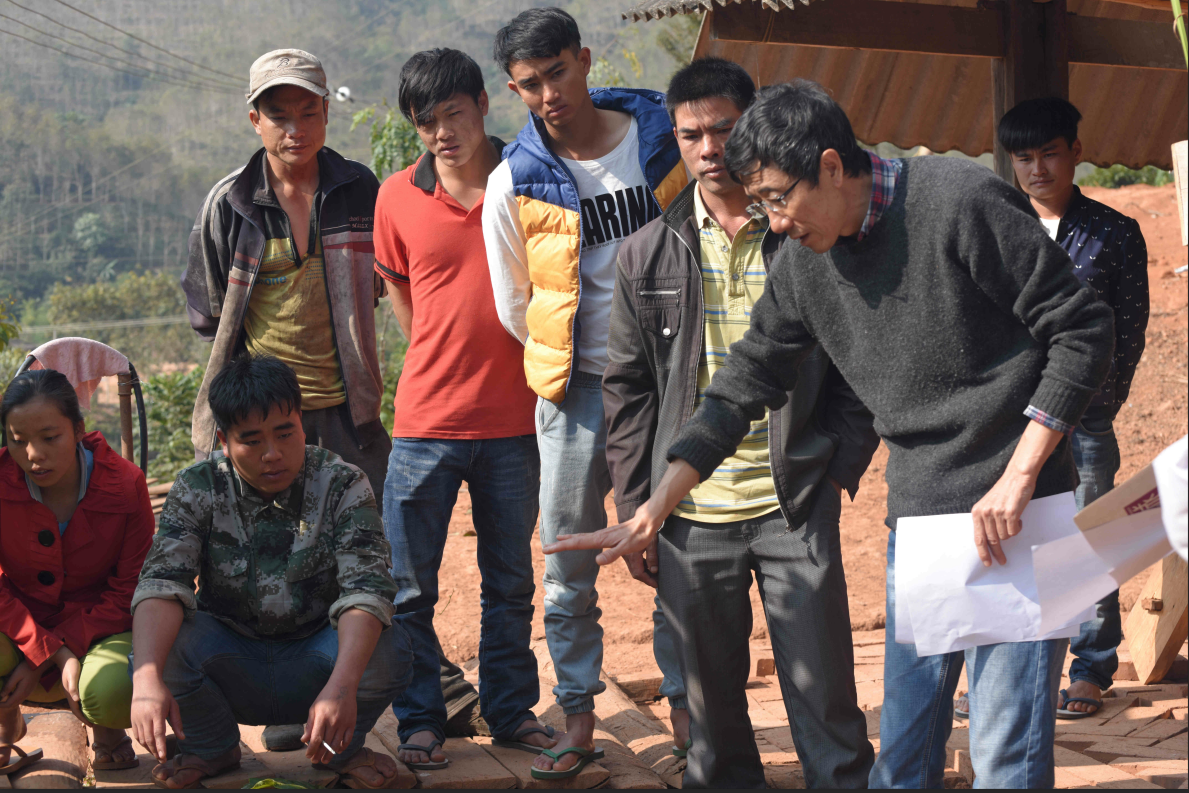 Li Xiaoyun (right) offers his guidance at a construction site in Heibian, a poor Yao ethnic village in Mengla county in Yunnan's Xishuangbanna Dai Autonomous Prefecture. Li has led a team to help relieve the village from extreme poverty by turning it into a forest holiday resort.

PD app: When deliberating with deputies from Gansu Province at the ongoing session of the National People's Congress, China's national legislature, Xi noted the fight against poverty must be carried out substantially through the end. How do you view Xi’s call?

Li: The fight is an uphill struggle as those still in poverty are the worst hit. It’s becoming much harder to lift these people out of poverty. When the deadline draws near, the pressure gets heavier, and “digital poverty-elimination” or eradicating poverty in numbers, not in reality, will easily emerge. Thus, Xi stressed that the task must be fulfilled substantially.

PD app: In the remarks, Xi offered criteria of getting rid of poverty: they should no longer need to worry about food and clothing while enjoying access to compulsory education, basic medical care and safe housing. What does this criteria mean to the poverty alleviation efforts?

Li: The criteria is very specific. It’s not only a target, but also a concrete requirement. It offers a specific standard to evaluate the poverty relief performance and a guide to help enforce the policies. To ensure a complete victory by 2020, the criteria is very significant. 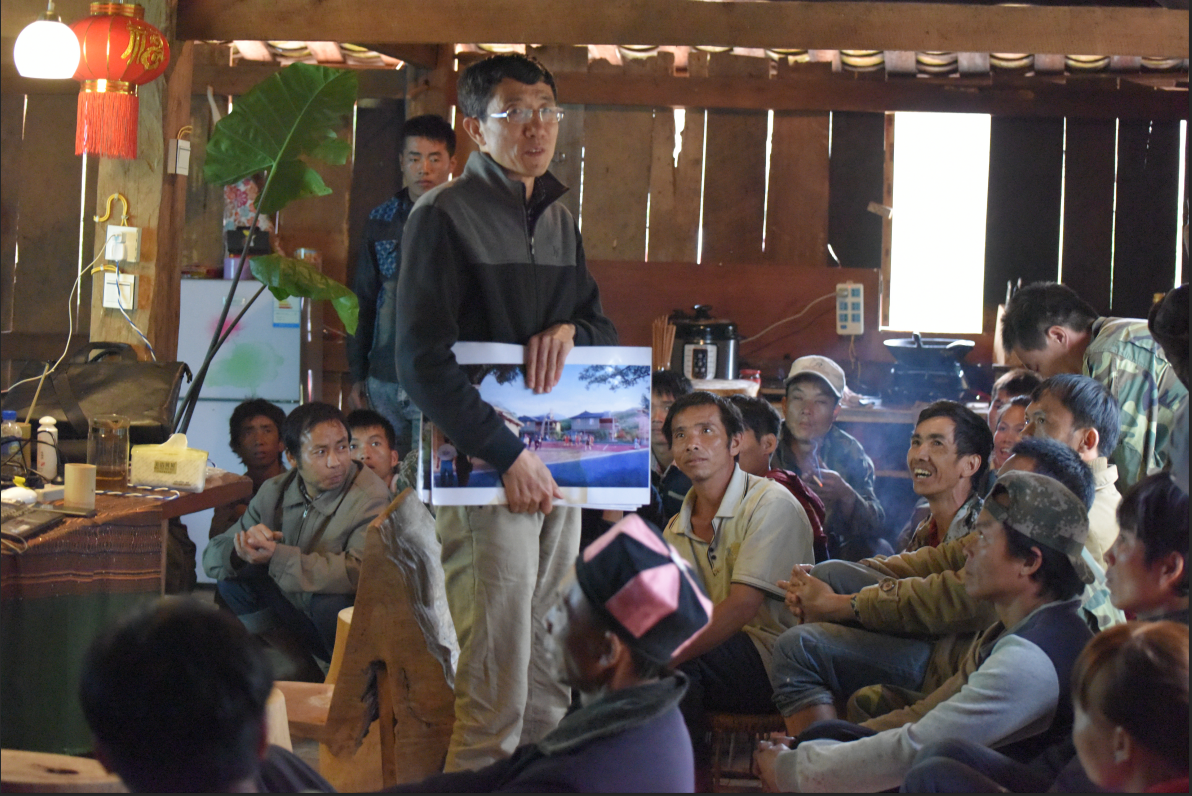 Li explains the house reconstruction plan to the Hebian villagers.

PD app: The poverty line of the minimum annual income per capita has increased to 3,000 yuan ($446) in 2016 from 2,300 yuan in 2010. Liu Yongfu, director of the State Council Leading Group Office of Poverty Alleviation and Development, announced at the ongoing two sessions that it will be raised to 4,000 yuan by 2020. How far away do you think China is from meeting the goal?

Li: China’s poverty reduction achievements are substantial. Since 2012, the country has lifted 82.39 million rural poor out of poverty. Now there are over 10 million people remaining poor. If we follow the pace we have achieved in the past six years, poverty elimination in two years is of great certainty. Meanwhile, besides meeting the target of the income rise, the criteria given by Xi should also be guaranteed. Generally speaking, I think both targets can be met on time.

PD app: China has dispatched more than 2.8 million cadres to work in the rural areas to fight against poverty, including nearly 200,000 first Party secretaries. How do you view the move?

Li: In the tough battle against poverty and rural revitalization, the prominent problem is the insufficient reserve of talents on the frontlines. Thus, it’s quite essential to send talents to those areas. The first Party secretary is an institutional innovation in the poverty relief process. Meanwhile, these officials learn more and get their ability sharpened to handle public complaints. 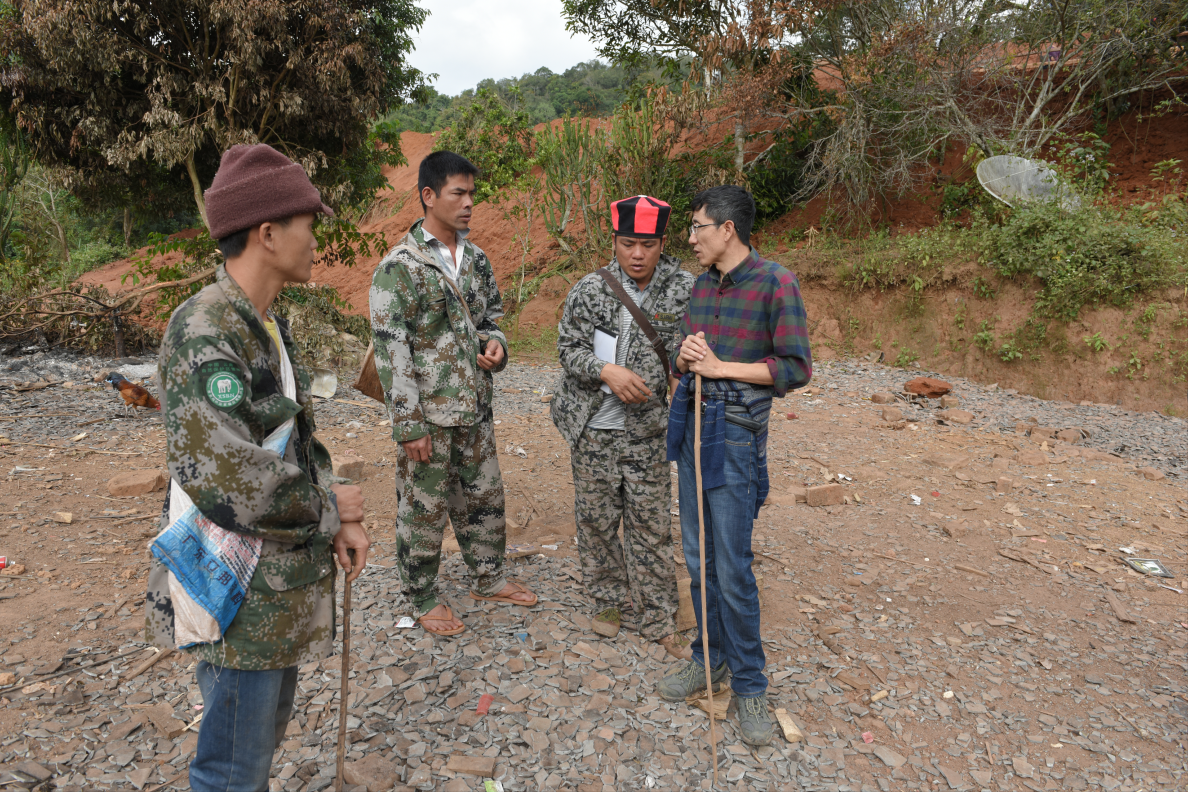 PD app: Xi also warned of undesirable practices during the poverty relief process, such as going through the motions, red tape and fraud. Which problems do you think are hampering the fight?

Li: Poverty elimination is also a great political task. The crackdown on corruption on the sector has been tight. Strictly speaking, graft is not apparent in poverty relief. The prominent problem is window dressing and red tape. Some officials solve the problems on paper and walls but not in reality. In some places, poor people have been defined as a target of criticism and the slogans are discriminatory. When the jobs get tougher and the upper level organs require more and focus more on formalities, going through the motions and inaction emerge.

PD app: How to maintain a sustained victory in poverty eradication?

Li: After the fight against poverty closes, there are two issues to be solved: prevent people falling under the poverty line again and avoid the appearance of new poor. So that officials need to adapt to a new normal and build a long-term mechanism of poverty control. 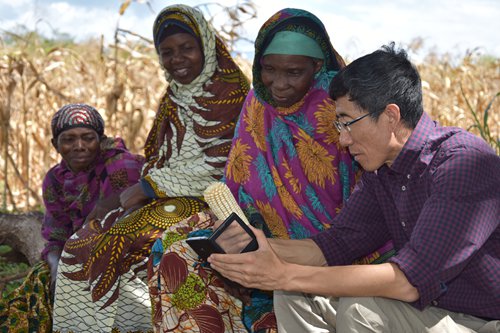 Li imparts planting techniques in Tanzania in July 2015. In addition to involvement in poverty reduction in rural areas across China in past two decades, he has also expanded his reach to Africa. (Photos: Courtesy of Mengla Xiaoyun Poverty Alleviation Center Li founded in Yunnan Province)