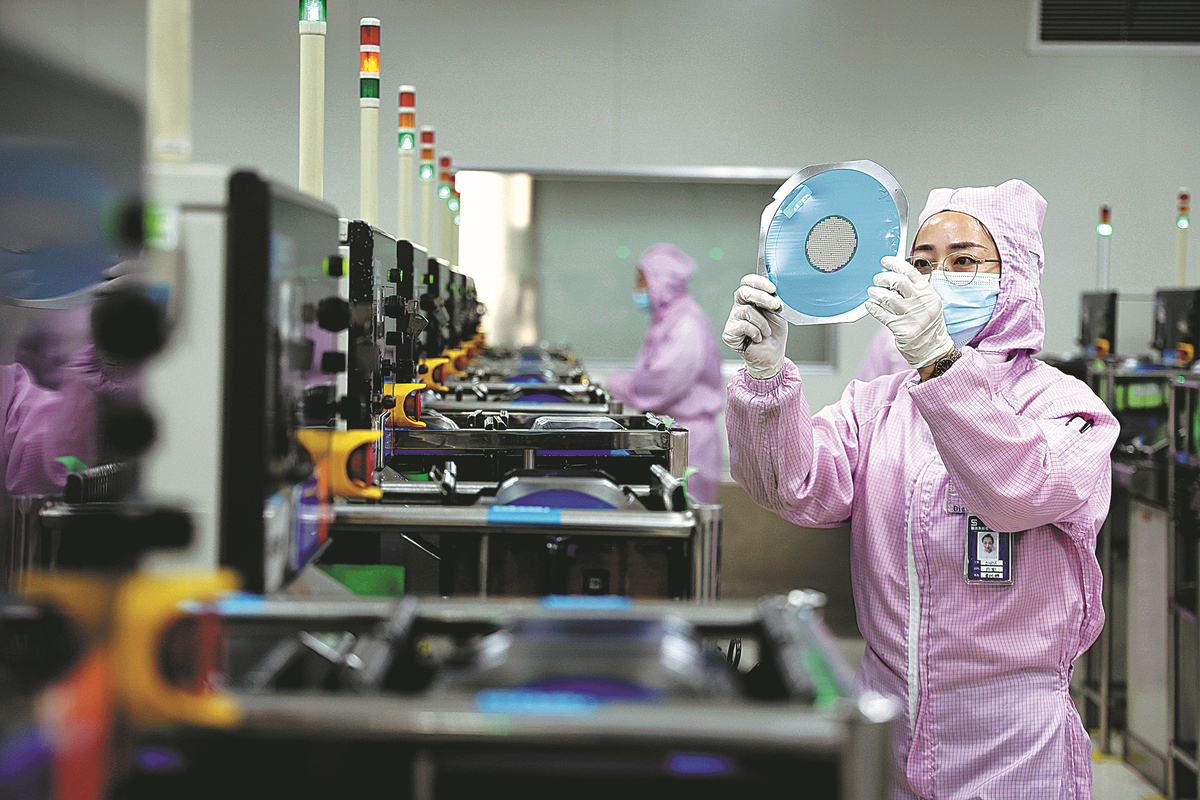 A staff member works on the production line of a semiconductor manufacturer in Binzhou, Shandong province. [Photo by Chu Baorui/For China Daily]

The shortage of labor in the manufacturing sector has continued in the second quarter, particularly in the electronic information industry, according to a report of the Ministry of Human Resources and Social Security.

Some experts estimate that the talent gap in the digital technology industries in China is as large as 11 million now, and it could grow to nearly 30 million by 2025.

That also matches the report of the ministry that points out that there is a shortage of skilled workers in almost every part of the semiconductor industry and in the digitalization of the manufacturing industry, and that there will continue to be a short supply of operators who have mastery of automation and numerical control technology.

This situation stems partly from China's brain drain to Southeast Asia, as some skilled workers, technicians and managers are attracted to work in Southeast Asian countries as local employers can now afford to pay them twice as much as they earn in China.

At the same time, the fast aging of Chinese society has caused a long-term shortage of assembly line workers in the manufacturing industries as well. Young people prefer jobs in the service industries or related to the internet economy as the working environment is better and payment is higher despite the job insecurity.

In the face of these challenges, the country must improve the quality of its vocational education to ensure that the graduates of technical schools meet the needs of the market.

The government should try to raise the wage of manufacturing workers by tilting more public services to them and rolling out more supportive policies to enterprises. For instance, the government can provide more affordable houses and public rental houses to manufacturing workers to help ease their housing expenses, which account for a large proportion of a Chinese family's expenditure.

Enterprises should also change their preference for short-term employment. On the one hand, enterprises complain about the lack of skilled personnel and a shortage of workers, but at the same time, they are accustomed to employing workers on a temporary basis instead of cultivating talents or providing long-term contracts to skilled workers.

In Japan and Germany, skilled workers are mostly employed for life and enterprises continually invest in their development. In contrast, Chinese enterprises lack such a solid cooperative relationship with their workers, and as a result they cannot carry out the technology training and technology accumulation that are necessary for their sustainable development.