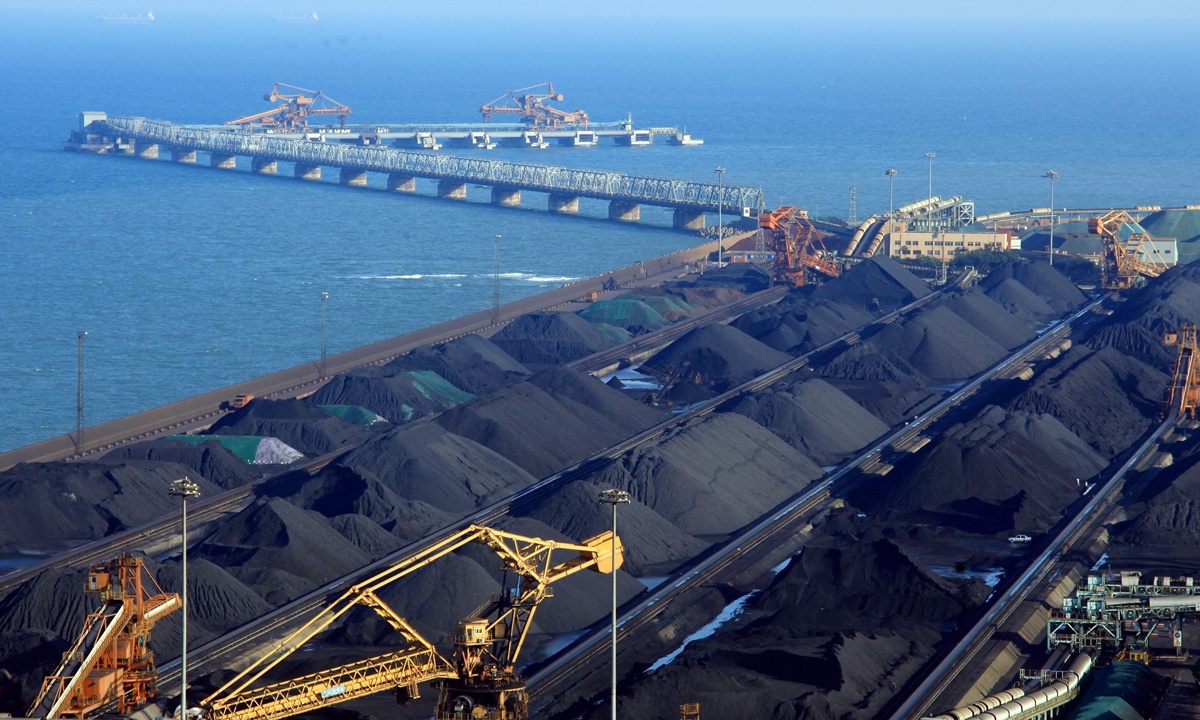 View of piles of coal on a quay in Rizhao, East China's Shandong Province (Photo: cnsphoto)

Bearish coal trade between China and Australia has been in the spotlight for being considered by some observers as a microcosm of escalating trade tensions between the two countries.

According to the latest Resources and Energy Quarterly report released by Australia's Department of Industry, Science, Energy and Resources, US coal continued to take over Australia's share in the Chinese market, with an obvious upward trend seen in US coal exports to China over past months.

Meanwhile, supplies from the US are not the only competition Australian coal has been facing in the Chinese market. Global coal exporters, such as Russia, Mongolia, Colombia, the Philippines, and Canada, have all increased their shipments to China in recent months, the South China Morning Post reported on Wednesday.

Much of the headwinds faced by China-Australia coal trade came as the deterioration in bilateral relationship delivered a huge blow to market confidence, which has disrupted along-standing and mature supply chain.

In fact, it is not just coal trade that has been hit by the fragile market confidence. Due to the pandemic impact on global economy, countries around the world are working to expand exports. Against such a backdrop, the tensions between China and Australia have offered opportunities for countries to substitute Australian supplies with their goods.

Even if some of Australia's allies, including the US, have obtained Australia's market share in China, there is actually no need to point fingers at firms and countries for taking advantage of an economic opportunity. The root cause for the current situation is that Australia grossly interferes in China's domestic affairs, hurts China's interests and adopts discriminatory trade practices against China. Moreover, many of Australia's products are replaceable, and it would be naive to expect any of its allies to reject sales of similar goods to China simply due to strained China-Australia ties.

On the other hand, it should be noted that although some areas in China-Australia trade have felt the chill of weak market confidence amid escalating tensions, there are still fields shrugging off the impact. In the first five months of this year, China-Australia trade grew 32.6 percent year-on-year to hit $86.6 billion, according to statistics from Chinese customs authorities. To a certain extent, the trade data still points to certain resilience in economic and trade cooperation between the two countries.

Whether or not Australia's allies benefit from China-Australia tensions, Canberra needs to reflect on its sabotage of bilateral ties and market confidence to reduce Australian exporters' losses and strengthen resilience in trade cooperation between the two countries.