OPINIONS Macao can rest assured of a brighter future

Macao can rest assured of a brighter future 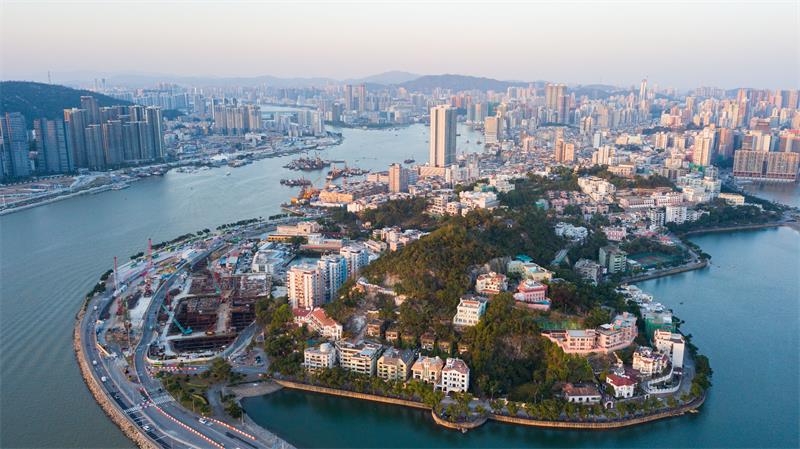 Twenty years into its establishment, the Macao Special Administrative Region has attained admirable achievements by successfully implementing the “one country, two systems” principle. It has not only effectively safeguarded national sovereignty, security and development interests, but also achieved persistent stability and prosperity for itself.

Historically, Macao has relied on the gambling industry to sustain its economy. In the past, rampant prostitution, drug trafficking and an unbridled underworld put public security under threat. The city was also known as the “Oriental Casablanca” due to the robust espionage activities conducted by foreign intelligence agents in the enclave. However, since the establishment of the Macao SAR, the successive administrations have not only managed to clamp down on these social problems but also enacted a national security law according to Article 23 of the Basic Law in a timely manner. Since then, public order, social virtues and customs have swiftly and significantly improved, creating an environment that affords residents personal safety and a rewarding livelihood. The fact that the national security law has thus far not been invoked proves its deterrence to hostile forces.

The Macao SAR government has not only smashed the monopoly of the gambling industry by introducing international players, it has also significantly expanded the city’s tourism industry and vigorously promoted the diversification and modernization of its economy. Macao has also made significant progress in scientific and technological development. In the city’s latest move to promote scientific and technological development, Fernando Chui Sai-on, chief executive of the Macao SAR, signed on Sunday a collaboration agreement with the National Space Administration on geomagnetic observations and satellite launching. According to the plan, Macao will have its first satellite launched in 2021.

In just 20 years, Macao has made tremendous progress in both social and economic development that has not been seen in the past few centuries. Not only are people amazed, but they are also eager to know how Macao will rise to the next level of development in the decades ahead. At the welcome dinner attended by representatives from all sectors of the community in Macao, President Xi Jinping made an important speech that will guide the sustainable development of Macao.

Xi emphasizes that Macao must remain committed to fully and faithfully implementing the principle of “one country, two systems”. As part of China, the Macao SAR administration and the wider community must ensure that “one country” remains the foundation of “two systems” and stand firmly with the entire nation to resist foreign intervention amid a major shift in the global political landscape. The Macao government and the wider community must, at the same time, fully leverage the edges of the Macao system to strengthen and expand ties with Portuguese-speaking countries and nationals, which will contribute to the development of the Belt and Road Initiative.

Xi also emphasizes the importance of further integration between Macao and the mainland. Only through integrating into the national development strategy that seeks the great rejuvenation of the Chinese nation can Macao avail itself of greater opportunities for its own development. The tiny land area and small population of Macao are the bottlenecks that the city has to overcome for its sustainable development. On Thursday, Xi announced that the central government will allow Macao to lease another swath of land on Hengqin Island in Zhuhai for its own development. The Outline Development Plan for the Guangdong-Hong Kong-Macao Greater Bay Area, released in February, proposed to study the feasibility of establishing in Macao a securities market denominated and cleared in renminbi. Xi is expected to announce the central government’s approval for the proposal.

People who hold such a viewpoint obviously lack foresight. The hegemony of the UK in the 19th century and the domination of the US in the 20th century have helped create two global financial markets run under the common law system. However, the world is undergoing a major change in the financial, economic and political landscape, where the global center of gravity is shifting from the West (the US and Europe) to the East (Asia). Shanghai and the Macao SAR, both practicing civil law, are acting in conformity with the trend of history when each of them strives to develop an international financial center, which includes an RMB-denominated securities market.

Last but not least, the Macao SAR government and the entire community should think of any potential danger that could arise in time of peace so that the city can tackle any new problems that will inevitably emerge as it develops further. Since revenues from the gambling industry can be volatile, it is imperative that Macao reduce its dependence on the gambling industry for GDP growth and wealth accumulation as quickly as possible. The Macao SAR’s fifth-term chief executive, Ho Iat-seng, recently said that the political unrest in Hong Kong this year has raised the alarm for Macao residents. Indeed, the hostile forces from the West will not spare Macao the turmoil. Therefore, the entire society of Macao must guard against “black swans” and “gray rhinos” in order to ensure the long-term stability and prosperity of the city.

As the leader of the entire country, Xi has high hopes for Macao. As long as the Macao community unites with one heart and one mind and follows the guidance given by the State leader, a small Macao will be able to play a key role in the Bay Area development, just as its bigger partners of Hong Kong, Guangzhou and Shenzhen, who have larger land areas and populations. Macao can rest assured of a brighter future.