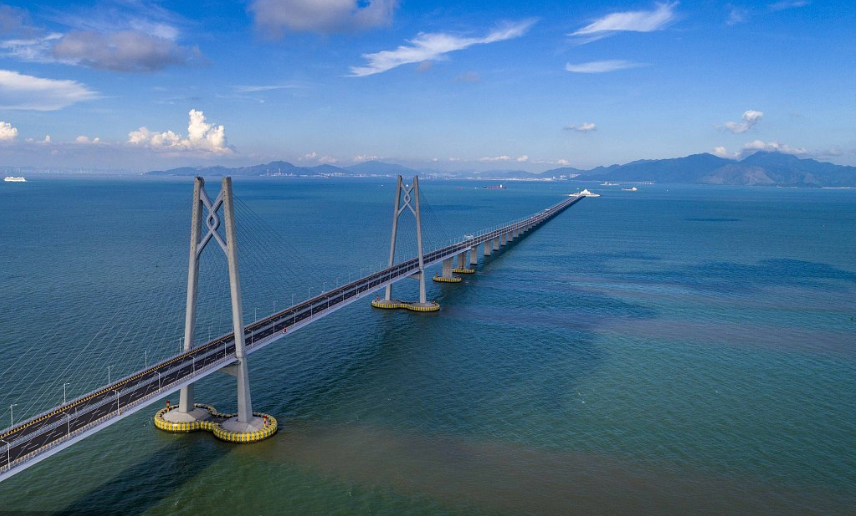 The Macao and Hong Kong special administrative regions have maintained fruitful interactions and mutually beneficial cooperation under the "one country, two systems" framework thanks to their highly complementary industries.

Even in the years before Macao's reunification with the motherland in 1999, Macao and Hong Kong were like "twin cities". A number of Macao residents went to Hong Kong to study and work since Hong Kong's economy was booming.

The two cities have always helped each other and cooperated for mutual progress. In the 20 years since its return to China, Macao's economy has developed rapidly and, thanks to the turn in fortune, many Hong Kong residents now work and live in Macao.

The ties between the two SARs have become increasingly stronger. In particular, after the opening of the Hong Kong-Zhuhai-Macao Bridge, Macao and Hong Kong have established closer cooperation, which has created more space and made it more convenient for Macao to achieve diversified economic development in the long run.

The next 10 to 20 years will see Macao-Hong Kong cooperation further blossom and yield more mutual benefits. And the development of the Guangdong-Hong Kong-Macao Greater Bay Area will make the two SARs' achievements long lasting and more significant.

More important, Hong Kong could use Macao's economic development, and integration with the Chinese mainland as an example to work out its future development plan. For instance, Macao residents have a strong sense of identity as Chinese, which has played an important role in connecting Macao's development with, for example, that of Guangdong province, and incorporating Macao into the national and regional development plans, while giving the institutional advantage of "one country, two systems" full play.

Looking ahead, the Macao and Hong Kong SARs could focus on strengthening financial cooperation and joint exploration with Latin American countries.
In fact, according to the Guangdong-Hong Kong-Macao Greater Bay Area development plan, Macao is expected to develop as an offshore yuan clearing and settlement center for Portuguese-speaking countries. And Hong Kong, the largest offshore yuan center, has a lot of experiences which Macao can learn or draw inspiration from.

The two SARs could even make joint efforts to attract more enterprises from Portuguese-speaking countries to list in Hong Kong and enrich the structure of the listed companies in Hong Kong.

Given Hong Kong's experience as an international financial and logistics hub, and Macao's advantage in the Portuguese language, the two SARs can expand their trading, business and financial cooperation with Spanish-and Portuguese-speaking economies and act as powerful offshore yuan centers to boost their economic development, as well as strengthen the mainland's collaboration with Spanish-and Portuguese-speaking economies.