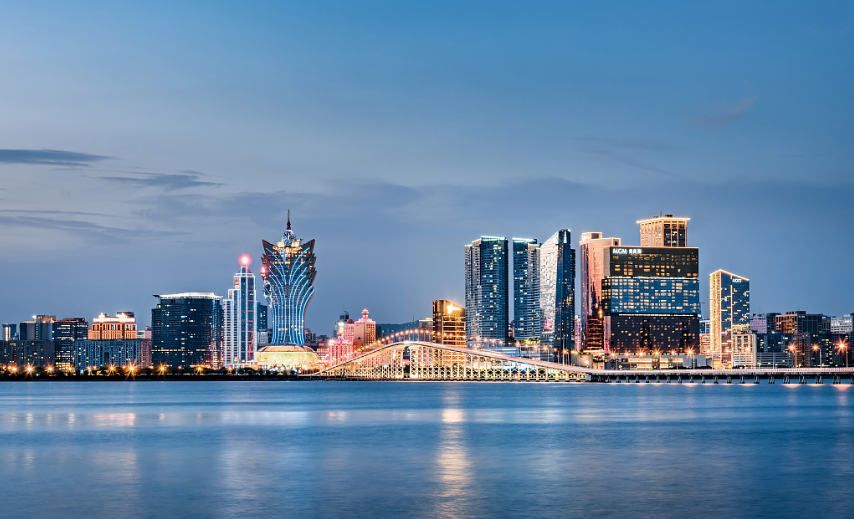 In the two decades since it reunified with the motherland, Macao has undergone drastic changes in terms of fiscal revenue, economic growth, total GDP as well as per capita GDP.

Before Macao returned to China, it saw four consecutive years of negative economic growth. But since its reunification with the motherland, the Macao Special Administrative Region has seen its GDP increase from $6.5 billion in 1999 to $54.54 billion in 2018 and its per capita GDP jump from $15,000 to $83,000. Also, Macao has seen its GDP grow at an average annual rate of 13 percent, with its revenue increasing more than 10 times, and unemployment rate declining to 1.8 percent in 2018.

In 2018 Macao's per capita GDP was the highest in Asia and the third-highest in the world, while its residents' average life expectancy was the second-highest among all economies. More important, Macao is a good example of the success of "one country, two systems".

And as one of the four central cities in the Guangdong-Hong Kong-Macao Greater Bay Area plan, Macao not only is expected to play an important role as an engine of growth of the area, but also has got an opportunity to strengthen and diversify its economy.

According to the Greater Bay Area's plan, the SAR is set to develop into a global tourism and leisure center, as well as an economic and trade cooperation platform between the Chinese mainland and Portuguese-speaking countries. So Macao has to give full play to its advantages, including its role as a bridge connecting the mainland with Portuguese-speaking countries, to facilitate the construction of the Guangdong-Hong Kong-Macao Greater Bay Area.

Macao should also establish a special offshore yuan center, especially to explore business opportunities in Portuguese-speaking countries, and develop as a business-cum-leisure tourism center, an international convention and exhibition hub, and a global dialogue platform.

Macao is regarded by the World Trade organization as one of the most open economies for trade and investment thanks partly to its free port, low tax rate and close connection with Portuguese-speaking countries. With the completion of infrastructure construction in the Greater Bay Area such as the Hong Kong-Zhuhai-Macao Bridge, the SAR's custom clearance system has become even more efficient. In the future therefore Macao should develop an integrated "business-cum-leisure" industrial chain along with Hong Kong to expedite the construction of the Greater Bay Area business backend market.

Macao's "business-cum-leisure" industrial chain should integrate the advantages of Hong Kong as an international financial center, the Guangzhou-Shenzhen-Hong Kong-Macao belt as a scientific and technological innovation corridor and the high-end equipment manufacturing industry of the Pearl River Delta region to jointly establish an international derivative industrial circle for the Greater Bay Area.

The Macao SAR should also play its due role in helping integrate its convention and exhibition sector with the Pearl River Delta region's industrial clusters.

As the world's leading casino hub before the rise of Macao, Las Vegas promoted the convention and exhibition sector to achieve diversified industrial development. As a result, the revenue of the exhibition industry has exceeded that of the gaming industry in Las Vegas.

Actually, in recent years, the Macao SAR government has also taken important measures to transform the city into a regional exhibition center. And the Guangdong-Hong Kong-Macao Greater Bay Area, being one of the most dynamic city clusters in the world, will create huge opportunities for Macao to develop its exhibition sector. Compared with Hong Kong and the Pearl River Delta region, the convention and exhibition sector in Macao can enjoy the advantage of relatively low operation cost but high internationalization exposure.