OPINIONS Made in China needs to be golden goose

Made in China needs to be golden goose 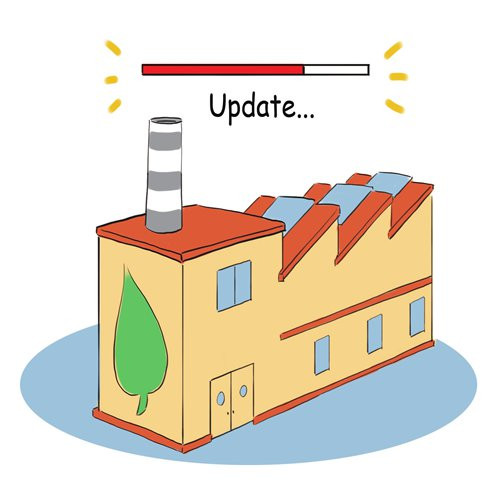 When I travelled in the US last month, my friends took me to Nordstrom, a well-known luxury department store of the country. The shop had already put winter clothes on the shelves. What attracted our attention most were all types of Canada Goose down jackets priced around $1000.
Canada Goose is a winter apparel brand which suddenly became famous in recent years because many countries' Antarctic expedition teams use it for their uniform and James Bond sports the label in his movies. It is considered one of the best brands of cold-proof garments in the world.
It is said that in cities in northern China, like in Beijing, the price of a piece of Canada Goose can be more than 10,000 yuan ($1,511). In winter, it is trendy to walk the streets sporting a Canada Goose jacket.
The emergence of Canada Goose is new to the global clothing industry, which is basically dominated by factories in developing countries such as China, Vietnam and Peru. Even some famous international labels are produced by factories in these nations. But Canada Goose says its products are completely made in Canada.
The corporation was just a warehouse when it was first set up in 1957, and pledged to remain "Made in Canada" in 2001, when its annual revenue was just $3 million. Now it is a big enterprise running into hundreds of millions of dollars and went public in March.
I saw advertisements of the brand and became interested in its production chain. In a globalized world, it is hardly possible for a clothing company to totally depend on a developed country's factories to produce all material and components needed, even with its own equipment.
When I searched the Internet for the production information, one picture caught my attention. It showed two women workers making Canada Goose clothes with Juki sewing machines - a Japanese brand with most of its factories in China.
Surely, the Japanese sewing machines use many parts produced in China and are likely assembled in China. Like Apple, its product assembly and parts are made in China.
In some garment factories in Vietnam, Bangladesh, Cambodia and African countries, you always see equipment and clothing accessories that are made in China.
Even so, the emergence of the Canadian brand inspires "Made in China" a lot.
First, although the global garments market has reached a rather developed stage and clothes for all segments of society are produced, some new products like Canada Goose suddenly emerge to take the market to a new high. To satisfy demand and create new one is important for "Made in China."
Second, Chinese products lag global brands and premium labels like Canada Goose. We still need to serve the global brand high street and it needs much more time for Chinese names to gain trust.
Third, the future of "Made in China" may not depend on the capacity and scale of production, but is in its flexibility to cater to the demands of different markets. Flexibility is important for innovation.
Fourth, "Made in China" has already been an important part of global production chain and essential to many fields. But it is often absorbed by the production chains of other countries.
The ability of "Made in China" to adapt to and lead the market will come from its outstanding producing capacity to integrate others, not necessarily from replacing them. What's more important is that we will make cutting-edge technology developed by others and their producing ability become a part of Chinese brands' production chains.
The author is a senior editor with People's Daily, and currently a senior fellow with the Chongyang Institute for Financial Studies at Renmin University of China. dinggang@globaltimes.com.cn. Follow him on Twitter @dinggangchina