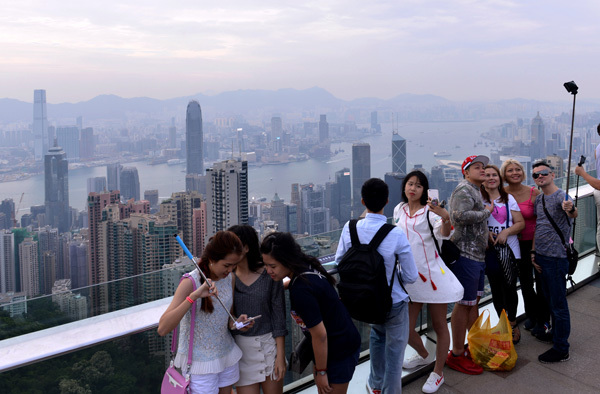 The government of the Hong Kong Special Administrative Region is considering taking action under the rules of the World Trade Organization after the United States issued a notice on Tuesday saying that Hong Kong-made products imported to the US will have to carry "Made in China" labels from Sept 25.

A Hong Kong government spokesman said that the new requirement, which was published in the US Federal Register, ignores Hong Kong's status as a separate customs territory.

This is a status conferred on the special administrative region by China's Constitution and one recognized by multilateral organizations such as the WTO, of which Hong Kong is a member in its own right, and it is a status "not granted or revocable by an individual country". The spokesman said the Hong Kong government was clarifying implementation details with the US authorities and would "carefully consider" whether to take action should the move contravene WTO rules.

US Secretary of State Mike Pompeo recently claimed that the US administration's moves in relation to Hong Kong after the introduction of the national security law in the SAR were all for the good of Hong Kong residents. But no explanation has been forthcoming of how the attempt to inflict harm on Hong Kong businesses is for the good of those Hong Kong people whose livelihoods depend on businesses suddenly subjected to the same high tariffs as goods from the Chinese mainland.

Indeed, the national security law for Hong Kong was enacted to ensure the resolute, full and faithful implementation of "one country, two systems" and to safeguard the rights and interests and livelihoods of law-abiding Hong Kong residents, including overseas investors.

And it is by virtue of the implementation of the "one country, two systems" that the SAR has maintained its status as one of the world's freest economies for more than two decades and is still recognized as such by the international community. So opposing the law with such measures directly contravenes the justification that they are for the good of Hong Kong residents.

There is no doubt Washington's move to deny Hong Kong its status as a separate customs territory is against international rules and an affront to the WTO. But this should surprise few. In championing its "America first" policy, the US administration has been more ready than ever to shun any international rules or organizations which do not align with its anti-China agenda, its exit from the World Health Organization being the most recent example.

Hong Kong has earned and maintained its status as a separate customs territory and a separate member of the WTO on its own merits. Although the impact of the new requirement will likely be limited as most of Hong Kong's shipments to the US are goods passing through the territory rather than direct exports, for Hong Kong residents, the cold, hard reality of Washington's move, and others like it, is that they are being made to suffer because of the "maximum pressure" strategy being played out against Beijing by Washington.