OPINIONS Maduro or US sanctions? Who’s to blame for Venezuela’s failing economy

Maduro or US sanctions? Who’s to blame for Venezuela’s failing economy 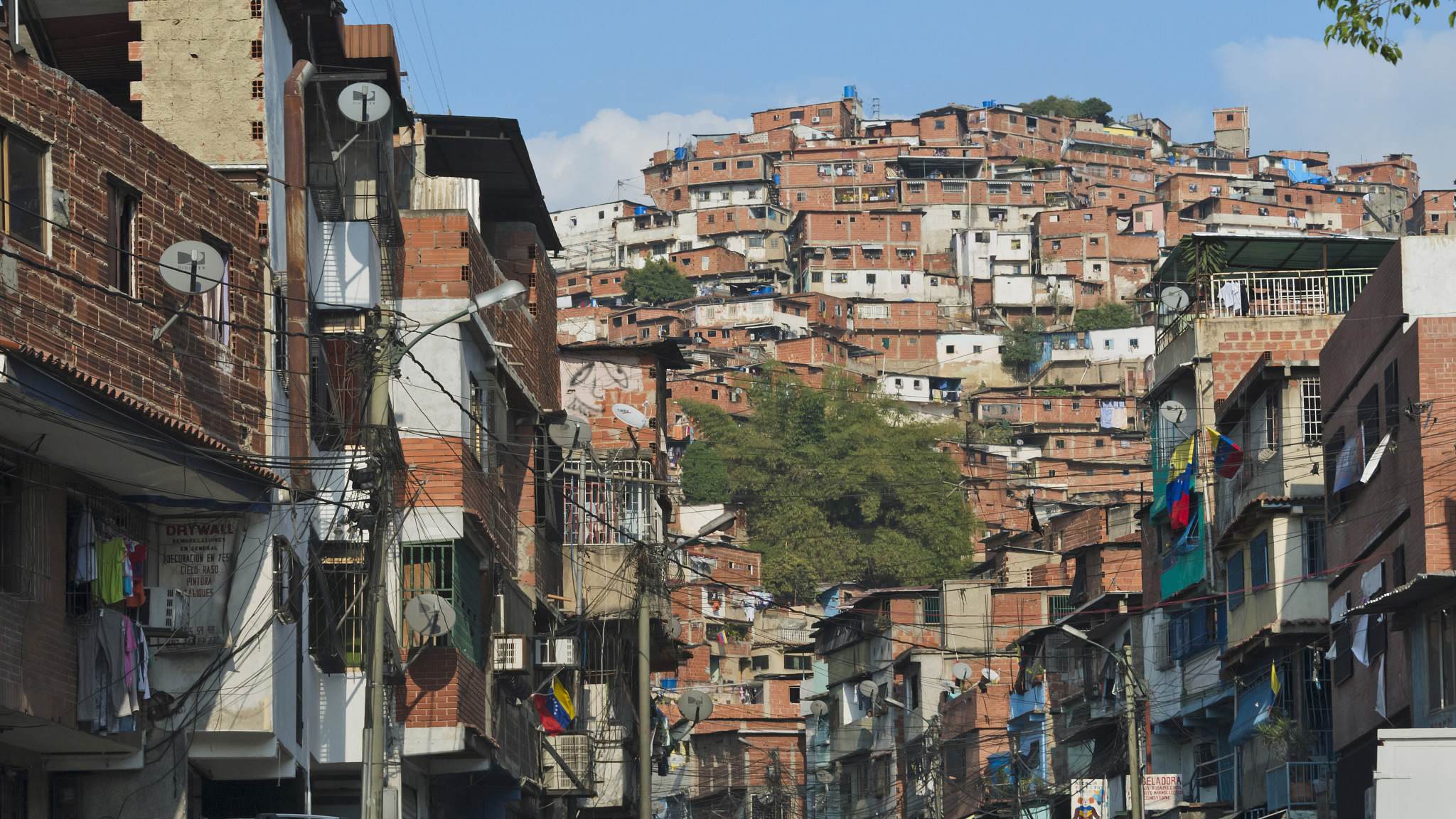 Venezuelan president Nicolás Maduro won the President election on May 21, and will start his second-term of Presidency this year. Although he faces stiff global criticism, the electorate and some experts still have confidence in him.

The fairness and legitimacy of the election has been challenged by some international observers. This was a view put forward by Mariano De Alba, an Associate Director of Atlantic Council Latin America Center in the US, who recently told CGTN that he thought the the election was far from being fair.

De Alba pointed to the fact that that election was supposed to be held in January 2019, which is three months before the next Presidency term is due to start. It is his belief that Maduro decided to call a snap election in May this year due to the country’s ailing economy. “He realized that economic recession is inevitable and he worries that the deterioration of economic situation will have adverse effects on the election next year,” De Alba told to CGTN.

De Alba’s opinion however was criticized by other experts speaking to CGTN who expressed their support for President Maduro. According to Lucas Koerner, a Political Analyst and Editor for venezuelanalysis.com, it is the US and the opposition parties that forced President Maduro to hold the election in May this year. “There is no consistency here, because what was happening last year during the four months of violating government protests, the US and the opposition called for an earlier president election, but once the election was held in May this year, the entire group including the US said that the election is illegitimate,” Koerner said. 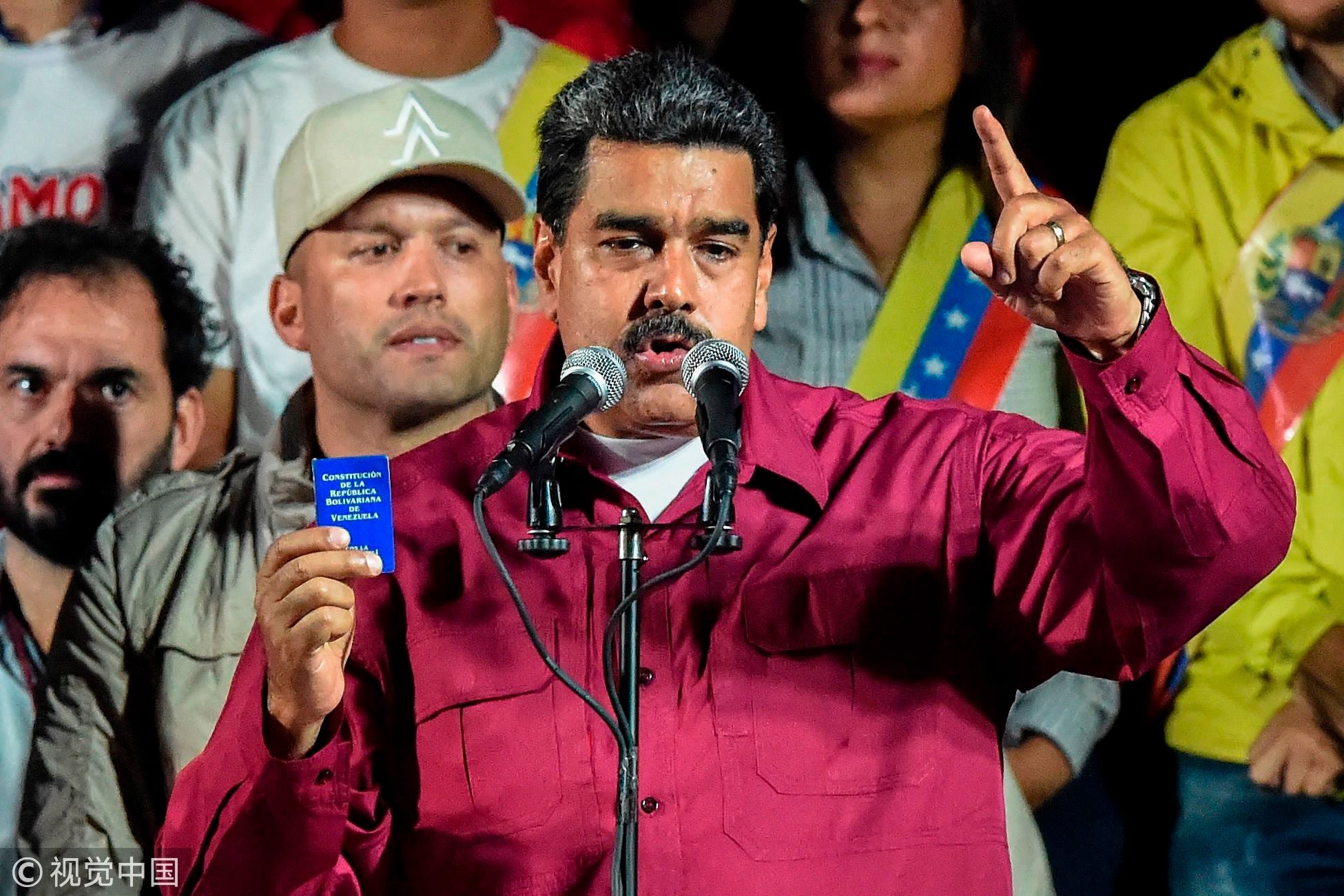 Venezuelan President Nicolas Maduro holds the political constitution after the National Electoral Council (CNE) announced the results of the voting on presidential election, in Caracas, on May 20, 2018. (Photo: VCG)

Koerner further defended President Maduro’s economic record as well as Venezuela’s current political and humanitarian condition. In his opinion, it is unfair to attribute the deterioration of Venezuela’s economy to the policies made by President Maduro. Instead the US sanctions on Venezuela are the main culprit for its economic crisis. “US has always been trying to restrict Venezuela’s ability to rescue the ailing economy through sanction” Koerner told CGTN, pointing out that the sanctions restrict Venezuela’s ability to find international financial institutions to lend to Venezuela at a “real price”.

Gloria La Diva, a coordinator of Cuba and Venezuela Solidarity Committee, who also spoke to CGTN shared many of the same insights as Koerner. She also thought that US sanctions are the main cause of Venezuela’s current unhealthy economic climate. “President Trump made a new economic sanction against Venezuela that is designed to prevent Venezuela from finding economic solution to deal with economic crisis,” La Diva told to CGTN.

She argued that although President Maduro is managing to boost the economy, US sanctions continue to drag it down. As for the reason behind the sanctions, La Diva indicated that it is a common tactic of the US to bring down governments of countries that pose a threat to its global interests: “It is evident that the US is trying to play again the policies under Turkey and Chile in 1973 with the coup and fascism that prevailed afterwards.”

She believes that the sanctions are an absolute violation of the Venezuela people’s right to self-determination and irrespective of what some international media organisations, and the US, might be reporting people around the world recognize Maduro’s legitimate victory.