By He Fei | Xinhua 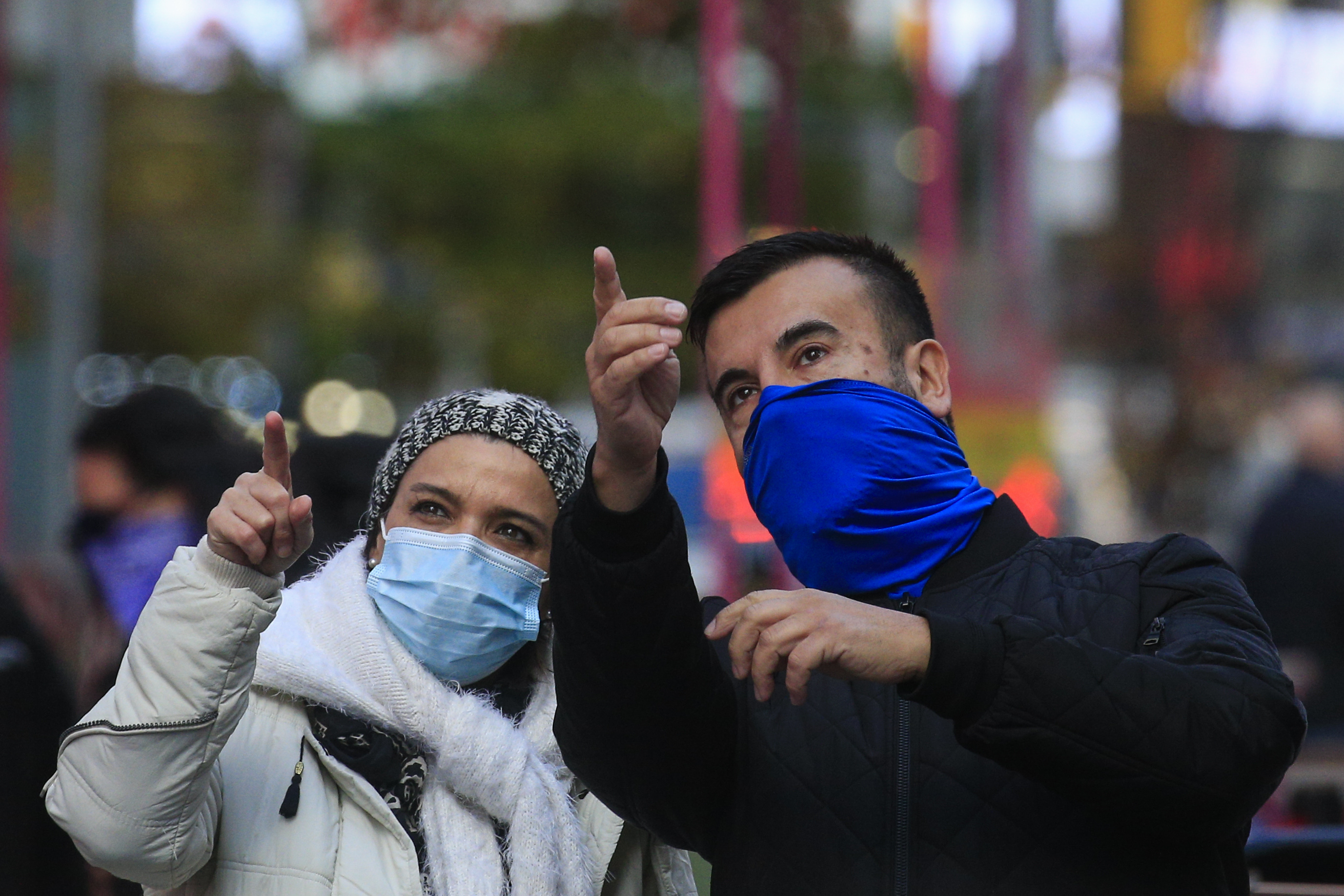 BEIJING, Jan. 27 (Xinhua) -- As the world marked 100 million global COVID-19 caseload early Wednesday, the human race should take the new grim milestone as a moment of awakening, put on a spurt and bring about a turning point in its arduous battle against the deadly pathogen.

The pandemic has now infected one in every 78 people worldwide and killed over 2 million, an acutely heartrending situation perhaps few in the world could have ever anticipated in the early days of the outbreak.

With the already appalling COVID caseload and death tally continuing to snowball, the danger of people turning ever numb to the virus is far more menacing than the virus itself. Scientific studies are already sounding the alarm against growing pandemic fatigue and the rising phenomenon of "psychic numbing."

To flatten the global curve and start to tip the war against the disease in humankind's favor as soon as possible, all countries have no other choice but to buck up and do the right things together.

The first priority is to make the most of the vaccines. With vaccination programs rolling out in many parts of the globe, it is still plausible for the world community to embrace a new spring with slower infections and fewer deaths.

How effective vaccines can be is closely associated with how many people can get vaccinated.

Therefore, countries worldwide should inoculate as many of their people as possible to form a protective netting against the raging onslaught of the cunning virus.

It is natural for the public to be wary of potential risks brought by new-born vaccines, but the benefits are undeniable, and do outweigh concerns.

Thus, governments and health communities around the world should play their guiding roles in addressing the concerns of the vaccine-hesitant and turn more people into adopters.

Then comes the issue of equitable vaccine distribution within national boundaries and across the world.

As some nations are witnessing chaotic roll-out and social outrage over queue-jumping of the privileged, governments should optimize the vaccines' allocation and distribution systems, so that the most deserving people, such as front-line health care and essential workers, can get protected in time.

Inequitable access to vaccines appears even more acute and heart-wrenching on the world stage. Some rich economies have been hoarding doses, while companies compete for a bigger financial piece of the vaccine pie. 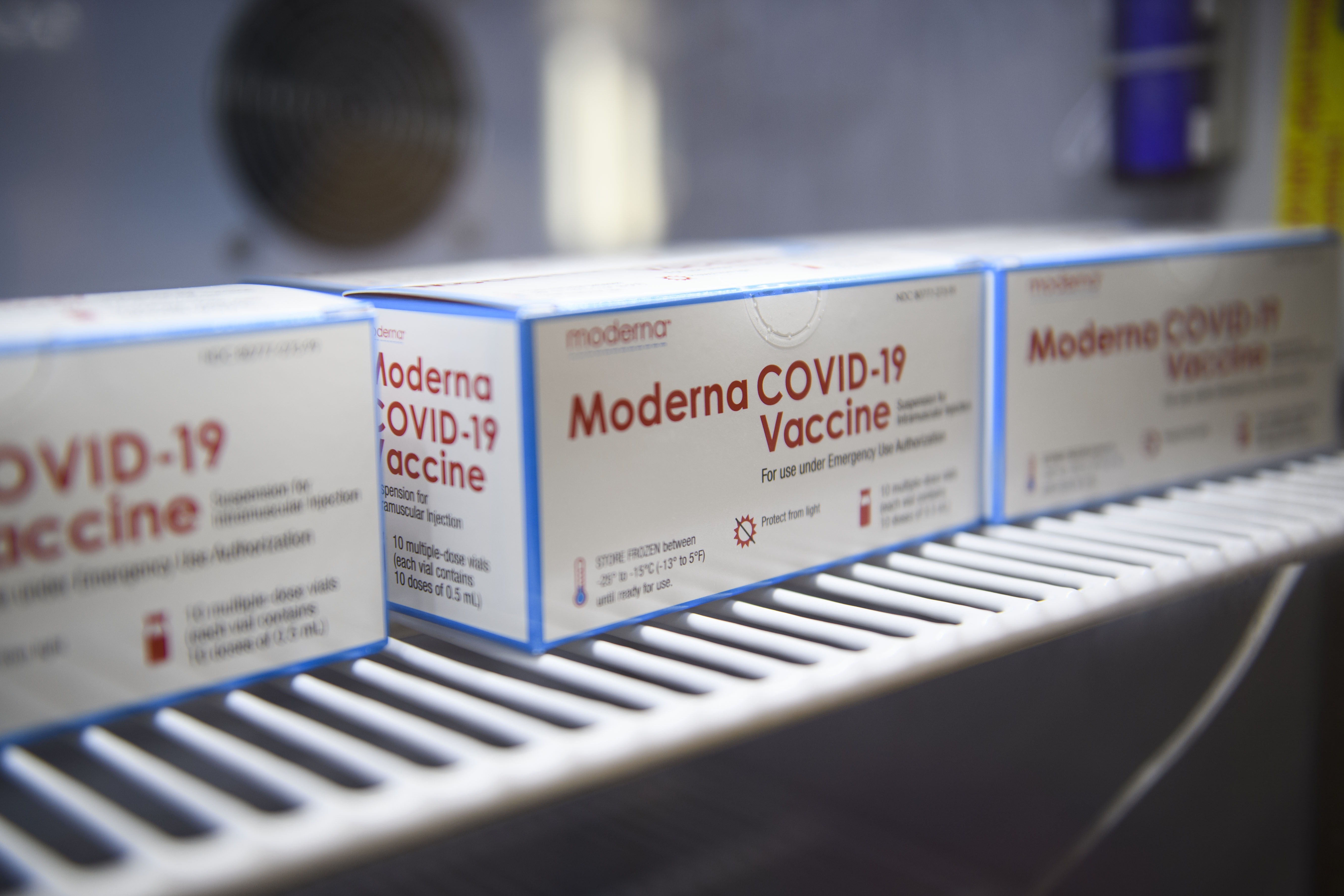 In this file photo taken on January 25, 2021 boxes containing vials of the Moderna Covid-19 vaccine are stored at the Kedren Community Health Center in Los Angeles, California. (Photo: AFP)

As of last week, while nearly 40 million vaccine doses have been administered in 50 countries, an African nation only received 25 doses. World Health Organization Director-General Tedros Adhanom Ghebreyesus warned that the world is "on the brink of a catastrophic moral failure."

Countries and international organizations should push for such global initiative as COVAX to ensure fair availability of vaccines to countries, both rich and poor, so that global efforts will not be undermined to prolong the Odyssean battle.

Vaccines, of course, are not omnipotent. People must resist the impractical thinking that vaccines alone can bring about the final victory. While vaccinating their populations, countries should press on with proven preventive measures like lockdowns, mask-wearing and social distancing.

Most importantly, many months of the bitter battle with the virus have exposed some of the flaws of the humankind. Chief among them is a lack of awareness that the wellbeing of all human beings is connected together in this age of globalization.

The free movement of people and goods across the planet, made possible by global air travels and maritime voyages, has enabled the virus to spread to even the most remote corner of the world. That is unlikely in ancient times.

However, while the human race is basking in the benefits of modern technologies, it is not sobering enough of the accompanying risks, let alone what it means to be a citizen of the global village.

The raging pandemic offers a moment of awakening. To be more specific, individuals should start learning to realize and fulfill their collective obligations as a member of the human race. That is an indispensible part of the equation for the world community to stamp out the virus or tackle climate change.

"For the first time in world history, people around the world are being forced to acknowledge that we all face a shared threat that no country can overcome by itself," Jared Diamond, the Pulitzer Prize-winning author of Guns, Germs, and Steel, wrote in an opinion piece last month.

Things get worse before they get better. It is hoped that after all the infections and deaths, things with the pandemic can start to get better any time soon, and the better angels of the human nature can be awakened for future crises of global proportions.