OPINIONS Malaysian debt cause of rail project halt, not specifically aimed at any country

Malaysian debt cause of rail project halt, not specifically aimed at any country 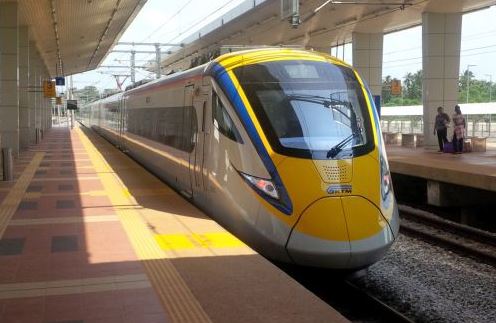 Malaysia's pendant attitude toward the long-halted China-backed East Coast Rail Link (ECRL) was largely due to the Malaysian government's debt burden rather than a move that targeted a specific country, analysts said on Friday.Prime Minister Mahathir Mohamad said on Friday that "he was not aware of any decision to cancel the ECRL contract with China Communications Construction Company (CCCC)," refuting a recent report by Singapore-based Strait Times, according to a report from Free Malaysia Today on Thursday.He said this was one way to address the problem. "If we do so, we will need to pay billions in compensation," according to the report.A person close to CCCC told the Global Times on Friday that the project was temporarily halted, and the two sides are still discussing the project.Xu Liping, a senior research fellow at the Chinese Academy of Social Sciences, told the Global Times on Friday that the long-halted project was largely due to the unsatisfactory financial conditions in the country. "The decision was hard to make, since even the compensation amount is not a small one for the country, not to mention the amount for the project construction," Xu said.In August 2018, Mahathir said during a visit to China that the China-backed multibillion-dollar rail link and pipeline projects had been "cancelled for now," since the projects involve huge amounts of money, and Malaysia does not really need them at the moment, considering the high debt burden left by the country's previous government.The ECRL project is estimated to be worth as much as $20 billion, according to a Reuters report."It's not targeted at any particular country. If it was a US project, the Malaysian government would also reconsider it, given its poor financial situation," Chen Fengying, a research fellow at the China Institutes of Contemporary International Relations in Beijing, told the Global Times on Friday.After taking office in May last year, Mahathir's administration has been reviewing several multi-billion dollar projects approved by the previous government. Malaysia has also deferred the construction of a planned high-speed rail link between Singapore to 2020 in September 2018, which analysts expect to cost around $17 billion, Reuters reported.However, Chen noted that while it's understandable that the policy would change with the shift in government in Malaysia, China should also conduct a greater risk evaluation before making similar investments in other countries.Experts also noted that Malaysia should provide full compensation based on the contract if the deal was cancelled; otherwise, it will hurt the credibility of the Malaysian government itself."There are many other projects two sides are engaged in, and some projects are urgently needed in Malaysia, such as technology and internet projects. Thus, the two sides will continue to cooperate," Liang Haiming, chairman of the China Silk Road iValley Research Institute, told the Global Times on Friday.