OPINIONS Mali optimistic about strong development through the BRI

Mali optimistic about strong development through the BRI 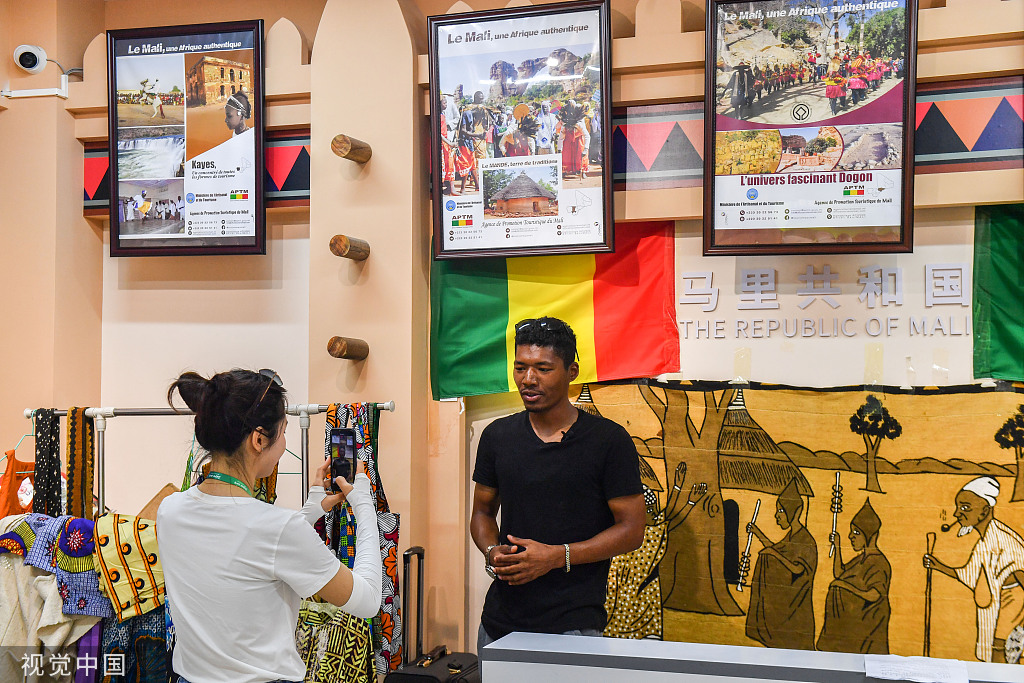 Two people are shooting a video at the Mali Pavilion for the 2019 Beijing Horticultural Expo on August 1, 2019. [Photo/VCG]

Mali has become the latest African country to join the Belt and Road Initiative (BRI) for international cooperation, making it the 40th on the continent to sign the Memorandum of Understanding (MoU) with China.

This will provide the two countries with a new platform to strengthen cooperation in the fields of infrastructure, investment, trade, and people-to-people exchanges.

Like most African countries, Mali has been left behind in the global push for industrial development. In order to overcome this deficiency, it has to address several challenges.

First is a terrorist threat. Security is a critically important prerequisite for any country to seek development. However, Mali has faced serious terrorist attacks in recent times. Besides China's peacekeeping contribution to U.N. operations in Mali, the BRI is seen as enabling the government in Bamako to cooperate more fully with China to address the threat of violence.

The problem of rapid population growth is another issue Mali needs to deal with. Its population reached approximately 18.5 million in 2017 compared to 10 million in 1997. To cope, the country will have to step up efforts to improve its level of urbanization and raise living standards, as the landlocked country in west Africa currently is highly dependent on farming.

After Mali's participation in the BRI, more investment will be brought in to provide more opportunities in boosting trade and infrastructure development. Furthermore, Sino-Mali bilateral ties on the political front will enter a new chapter with their enhanced cooperation under the BRI framework.

During the signing ceremony on July 25, Malian President Ibrahim Boubacar Keita described BRI as "a promising initiative." The BRI is an effort to improve cooperation and connectivity on a trans-continental scale. So far it has been able to strengthen infrastructure, trade, and investment links between China and some 70 other countries that account collectively for over 30% of the global GDP, 62% of population, and 75% of known energy reserves, according to the World Bank.

Since the inception of the BRI in 2013, the total goods trade volume between China and countries and regions along the Belt and Road (the Silk Road Economic Belt and the 21st Century Maritime Silk Road) by 2018 had exceeded $6 trillion, the growth rate outpacing that of China's total foreign trade in that period. China's outbound foreign direct investment in the BRI participant countries had surpassed $90 billion as of 2018.

With the declaration of the Forum on China-Africa Cooperation (FOCAC) 2018 Beijing Summit and its 2019-2021 Action Plan placing Africa as an important partner in BRI cooperation, Mali should now seize the investment opportunities brought about by its involvement in the BRI to build up its lagging infrastructure and promote industrial development.

Since these are two vital focuses of the BRI, it is beyond doubt that enhanced cooperation between China and Mali in these areas will generate more potential for economic growth and development in the latter.

To maximize the benefits of this cooperation, Mali must overcome its longstanding difficulties and attach greater importance to the governance. It needs good leadership, political will, policy consistency and continuity of government's programs.

Victor Onyango is a journalist with the Nation Media Group (Daily Nation) and is currently attending the China Africa Press Center 2019 program in Beijing.