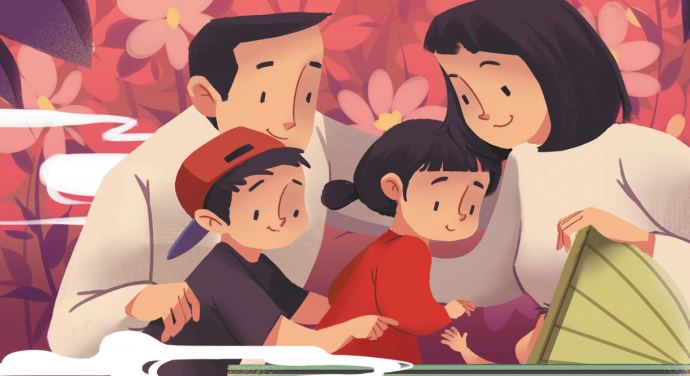 Editor's Note: Much of China's remarkable economic achievements can be attributed to the demographic dividends the country enjoyed. Now that China's falling fertility rate threatens to rob the country of those demographic dividends, it has further eased the family planning policy to prevent that from happening. But will the easing in the family planning policy work, asks a veteran journalist with China Daily in the fourth of a series of commentaries.

When the strict family planning policy was introduced, it was very difficult for family planning department workers to persuade couples in rural areas to have fewer children so the trend of rapidly rising population could be curbed. Quite often, their efforts ended in vain.

Since Chinese people, especially those living in the countryside, believed in "more children, more happiness", it was difficult to persuade them to not have more than one child. What made the work more difficult was the fact that while urban residents could rely on pension and medical insurance to live a decent life after retirement, rural residents didn't have any such welfare benefits. Besides, traditionally, offspring have always taken care of their parents in their old age.

So when the strict family planning policy was implemented in 1980, couples in rural areas, in many cases, were allowed to have three children, especially if the first two were girls－although they were fined for that－while their urban counterparts were advised to have just one child.

No wonder whenever the family planning policy has been revised over the past decade to encourage couples to have more than one child, many have expected a baby boom, especially in rural areas. That boom, however, has never materialized.

The child-bearing age couples in rural areas today are mostly children of migrant workers who powered China's rapid economic growth over the past decades. But unlike their parents, they seem to have a different opinion about having more than one child.

Their experience of being cared for by their grandparents in childhood while their parents were away working in cities has prompted them to not leave their children in the countryside while they try to earn a living in cities. And they know that the children who grow up with their parents in cities identify themselves as part of urban residents and have a better chance of improving their lives through better education and better-paying jobs.

Financial burden is another factor that stops rural couples from having more children. Traditionally, parents in the countryside build a house for their son when he gets married, which today could cost at least 200,000 yuan ($31,267), a fortune for people in rural areas.

Housing is part of the necessary expenditure for parents with a son. Apart from that, they have to buy furniture and electrical appliances, a car or a motorcycle, entertain guests at the wedding, and pay a dowry to the bride's parents. Although dowries are discouraged in China, and banned in some places, the practice is still prevalent in some areas. In fact, some reports say the dowry could be as high as 500,000 yuan.

Another reason many couples are reluctant to have more than one child is the retirement security and medical insurance in rural areas, which enables rural residents to depend less on their children in their old age.

China introduced pension and medical insurance systems in the countryside a decade ago. With the beneficiaries paying a few hundred yuan each year, and governments at different levels paying the remaining and bigger part of the insurance premium, rural people get a few hundred yuan as monthly pension as well as enjoy insurance cover for basic healthcare services.

What's particularly encouraging is that the medical cost covered by the insurance system is increasing every few years along with the amount of the pension.

Many rural people believe the central leadership's goal to promote common prosperity indicates that it will invest more on less-developed rural areas to improve infrastructure facilities and services for disadvantaged groups such as farmers, thus making their retired life worry-free.

This belief has come as a boon and a source of great comfort to rural residents. Which, ironically, is bad news for family planning department officials, because now they have to persuade farmers to have more children, in order to offset the effects of the declining fertility rate and rising aging population.