Market-driven ride-hailing business sits on the misfortune of many

Didi, one of the most valuable startups in the world, is in deep trouble. Earlier this month, a 20-year-old woman hailed a car in Wenzhou, China, in the middle of the day via a carpooling app of the ride-sharing company. She never got there. She was raped and murdered by the driver. 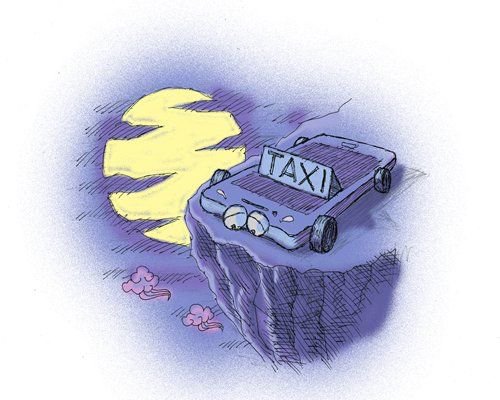 Public anger has boiled over, leading to calls for a boycott of Didi's services. The woman's friends, as well as the police, contacted Didi after sensing she might be in danger. But the company apparently didn't do much. The bone-chilling crime took place only a little more than 100 days after another young woman was killed by her Didi driver in Zhengzhou. Going by a media report, more than 50 passengers have been raped or sexually harassed by Didi drivers in the last four years.

Such horror stories are not rare in the US where app-based car-hailing companies such as Uber and Lyft have also been criticized for safety lapses. Their business model is based on trust among strangers, and that trust is too often broken. An analysis of police reports and court documents by CNN in April found 103 Uber drivers had been accused of sexually assaulting or abusing passengers in the last four years.

But ride-hailing companies in the US were criticized also because they have driven more and more drivers to the edge. In New York, six taxi drivers committed suicide between last November and June this year. That was after the largely unrestrained expansion of the app-based companies hit the business of traditional taxi services and left the drivers, who often had invested hundreds of thousands dollars on their New York license medallions, with enormous financial burden.

One of the drivers was Kenny Chow, a Myanmese-Chinese who came to the US in 1987. Chow had been working various jobs until he settled into taxi driving in 2008. At first, he rented a medallion. Then, in 2011 he purchased one so that he could be his own boss. The prices for medallions have been skyrocketing for decades, thanks to opportunistic investors. Chow had to pay $700,000 for one. He took a loan, using his house as collateral.

Things went well. Chow even dreamed of saving enough one day to not only pay back the loan, but also for his daughter's college tuition. That dream was destroyed as the big app-based companies started growing rapidly. The number of ride-hailing cars in New York quickly grew to 80,000 in just a few years, far outnumbering the 13,587 taxis.

Ride-hailing cars worsen road congestion. They also take away a lot of business from the taxis because, among other things, their surging prices sometimes can be lower than taxis' inflexible meter rates.

The drivers working for the app-hailing companies are not better off. The more colleagues they have, the harder the competition. Surveys have found that the ride-hailing drivers spend 40 percent of their time on the road with an empty car, and 85 percent of them make less than the minimum wage. But at least they don't have a medallion to pay off. When Chow threw himself into the East River on a chilly night in May, he still owed $580,000 of the loan for the medallion, and $220,000 on a home mortgage.

It was after too many such heartbreaking incidents that New York City finally acted. Early August, the mayor signed new laws to halt issuing new license to ride-hailing cars. He also set a mandatory minimum wage for the drivers. When they first arrived, Uber and its kind were thought to be the ultimate solution for transportation. They were called the choice of the people, and any problem was expected to be solved by the "invisible hand" of market forces. Even now many people who are used to the convenience brought by unrestricted Uber still mumble their doubts about the city's action.

But Corey Johnson, the speaker of the City Council who previously opposed a bill aiming to cap app-based cars, now admits he was wrong. And the lesson? Fairness is more important than convenience. And markets certainly cannot solve all the problems.

The author is a New York-based journalist.