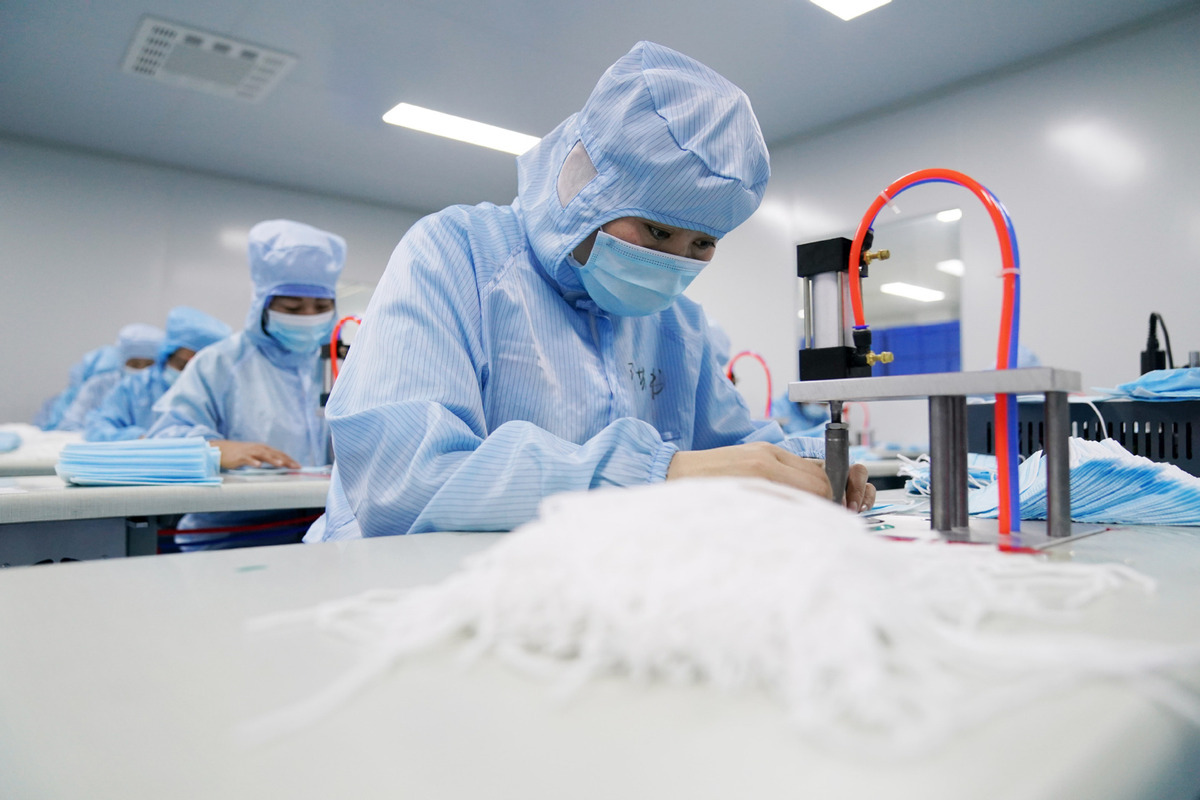 A worker is seen at a factory that manufactures face masks in Wangkui county in Northeast China's Heilongjiang province on April 17, 2020. [Photo/Xinhua]

It is said that the total amount of melt-blown nonwoven fabric on sale on WeChat is much larger than the output of its major producer Sinopec. Since this mesh of synthetic polymer fibers is the key material used for face masks there are worries that any substandard or even fake fabric in the market will compromise the effectiveness of face masks.

If face masks fail to function as they should because they use substandard or even fake melt-blown nonwoven fabric, the consequences will be serious. It will also be consequential if face masks of poor quality are exported overseas.

Anyone trying to cash in on the prevention and control of the novel coronavirus by producing shoddy or fake melt-blown nonwoven fabric or hoarding such material for speculation must be punished without mercy.

As of this week, police had cracked 20 cases involving the production and sale of substandard or fake fabric and 42 suspects had been apprehended. The money involved totaled 34.34 million yuan ($4.85 million).

Yangzhong, a city in East China's Jiangsu province, reportedly suspended the production of such material in 876 plants on Tuesday, most of which were newly-built small workshops that are trying to cash in on the demand for this urgently needed material. They were selling the fabric to speculators who then sold the material to factories producing face masks.

The exorbitant profits to be made have driven many to invest in its production and even the hoarding of this much in-demand material. It is reported that as many as 100,000 cottage workshops nationwide have got involved in the production of such material in a month.

On the one hand, lust for money has driven some to such an extent that they forget that moral principles and the law are the lines that must be toed no matter how profitable a business is. Such people must be given the heaviest penalties according to the law.

On the other hand, regulatory departments at all levels functioning as the visible hand must ensure there is a threshold in place that can prevent unqualified factories or workshops from entering this business.

Governments at all levels need to coordinate the supply of such fabric for mask producers so that the quality of face masks can be guaranteed. What China has achieved in containing the spread of the virus should not be otherwise spoiled because of substandard face masks.