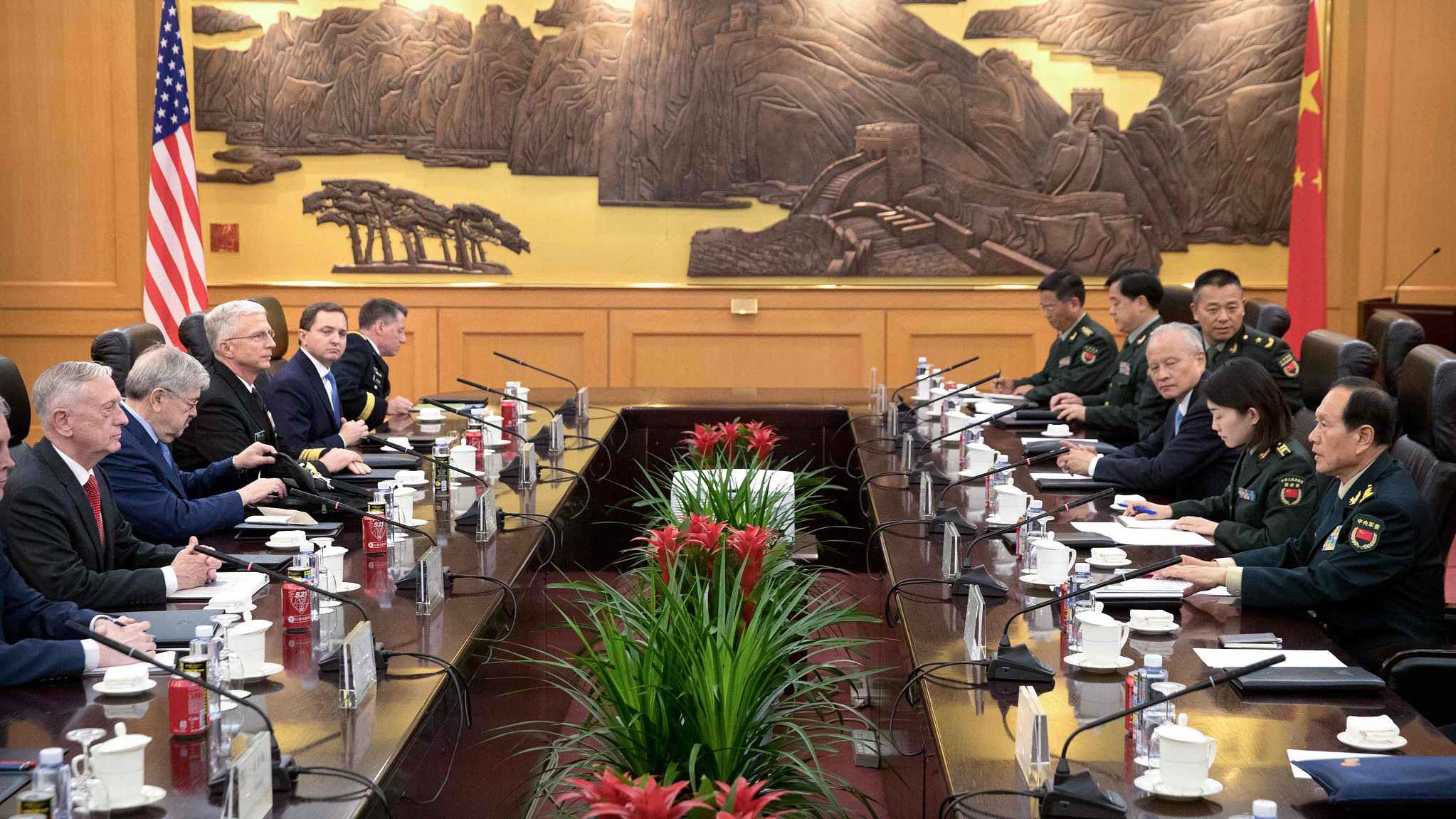 "The Twilight Zone" was an iconic TV series from my youth that featured bizarre situations with moralistic overtones. It was, and still is, a meme for being in an uncomfortable situation that’s difficult to believe is true.

The US Defense Secretary Jim Mattis’ current visit to Asia is definitely in the twilight zone as squarely “lies between the pit of man's fears and the summit of his knowledge” as the show’s opening proclaimed.

The visit is in the zone because General Mattis, whose Marine Corps nickname was “Mad Dog,” serves a president for whom this moniker fits like a glove, and whose every decision is subject to change without notice.

It’s in the zone because Mattis and President Trump frequently contradict each other. This “administration” is no well-oiled bureaucratic machine, but a bunch of people often working at cross purposes that would be unimaginable in China.

It’s in the zone because the super disciple Mattis, whose other nickname is Warrior Monk, was once Trump’s favorite, and is one of the few “adults” left in the White House. He has now lost access and influence with his undisciplined man-child president. Rumors are that neither man is happy with the other. So whatever the results of this trip, Mattis may be more secretary than Secretary.

But returning to reality, this trip is indeed important. Whatever Mattis’ tenure, it’s impossible to predict what course of action Trump will take in the region. On the one hand, he seems fixated on making a deal with Democratic People's Republic of Korea (DPRK), and China is certainly part of the equation.

On the other hand, he continues to display a maniacal tenacity to bring China to heel on his simple-minded misplaced focus on trade deficits, which colors Trump’s thinking on other China-related issues.

Mattis will have to try as best as he can, and unlike his boss, can and will, separate and compartmentalize matters of defense from trade.

Mattis met yesterday with both President Xi Jinping and Chinese Defense Minister General Wei Fenghe. Mattis said that his aim was to first establish “a transparent strategic dialogue.” The Pentagon reported that Mattis and Wei openly and candidly discussed a broad range of issues.

Mattis reaffirmed an earlier agreement between President Xi and Trump that bilateral military relationships should play a stabilizing role in the overall bilateral US-China relationship.

In the meetings, Mattis, a professional military officer all his life, undoubtedly tried to strengthen bilateral militarily-to-military relations which progressed smartly during Barack Obama’s presidency, but which have been strained since Trump was inaugurated.

Particular irritants of the moment include the US’s cancellation of China’s participation in Rim of the Pacific military exercises, the planet’s largest multilateral naval exercises; US Freedom of Navigation sailings in the South China Sea and what the US sees as increased militarization in those waters over which the Chinese claim sovereignty, and the US and a UN Tribunal see as international waters; and an increasingly friendly US-Taiwanese relationship, especially with the enactment of the Taiwan Travel Act in March.

And certainly, the topic of the Korean Peninsula was discussed in light of the Singapore Summit and DPRK leader Kim Jong Un’s three visits to China, the most recent of which was last week.

Even though China was not represented in Singapore, it’s the key power in the region and will play an important role as the complex situation develops.

President Trump seems to have declared victory and moved on to other issues, but left the job of securing complete nuclear disarmament to Secretary of State Mike Pompeo. The devil is in the details as they say, but this won’t be easy as there is no common ground, even on the terms to be negotiated.

And today there was a troubling report from the NGO monitoring group 38 North that satellite imagery suggests rapid upgrades and uranium enrichment at DPRK’s Yongbyon nuclear facility.

Such talks are of paramount importance because when parties with disagreements, especially frenemies like China and the US, keep talking problems can be solved, perspectives shared and at the minimum, a modus vivendi established even where each side agrees to disagree on certain issues.

In the absence of talks with a President as mercurial as Trump, it isn’t hard to imagine that relations could easily deteriorate to a dangerous level.

Secretary Mattis is in Seoul today and then travels to Tokyo. All these issues will be revisited in both capitals. Secretary Pompeo has said that he will soon head to DPRK to continue denuclearization negotiations.

We may never know exactly what was discussed in these meetings, but we won’t have to wait very long to begin to see the concrete results.