Editor's Note: US Secretary of Defense James Mattis is making his first visit to China from Tuesday to Thursday. As tensions between the two countries are rising, how will Mattis' visit influence China-US relations? Global Times reporter Luan Xuan and Li Qingqing talked to two Chinese experts on the issue. 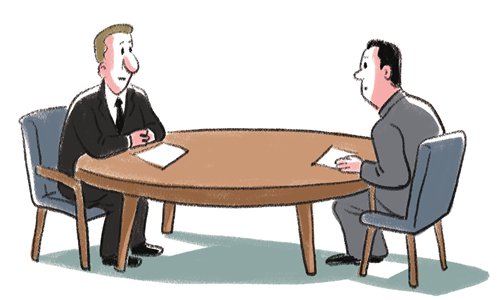 Since Trump became the US president, defense ties between China and the US have taken a beating. The Pentagon last month withdrew its invitation for China to participate in this year's iteration of the Rim of the Pacific exercise. Washington has tried to shore up military ties with Taiwan. The US has also strengthened the so-called "Freedom of Navigation" operations in the South China Sea. Under these circumstances, Mattis' trip is important.

Currently, there is some misunderstanding about China's strategic intentions in the US. In a recent speech at the US Naval War College, Mattis accused China of demanding other nations become tribute states kowtowing to Beijing like the Ming Dynasty (1368-1644). It shows his ignorance and prejudice about China and the trip may be an opportunity for him to correct himself.

China and the US should realize that they are locked in a security dilemma in the South China Sea. Both sides believe their own operations are to maintain the current order while viewing actions of the other side as aggressive. To resolve the issue, the two countries need more open communication and strategic guarantee.

The South China Sea issue cannot be solved through only one visit by Mattis because China and the US have different interests. But if everything goes well, the trip may have positive effects.

There are increasing anxieties about China's strategic intentions within the US. Washington misperceives that China's moves in the South China Sea aim to push the US out of Asia. Hence we need to do more work about strategy communication during Mattis' trip.

It's widely believed by US strategists that the country's engagement policy with China has failed. I think there is still chance for China to shape US views with better communication.

The Korean Peninsula issue must top the agenda during Mattis' trip. Although the Trump-Kim summit has seen historic success, uncertainties still loom over the denuclearization process. China's role is vital and Beijing has encouraged Pyongyang to take the opportunity of the good momentum and push the process forward.

Requiring China to pressure North Korea to give up its nuclear weapons is the US strategy. China has made it clear that all parties' security concerns, including North Korea's, should be taken into account. Situation on the Korean Peninsula has taken a turn for the better. The US and North Korea should continue to work to meet each other half way and we need to pursue simultaneously denuclearization of the peninsula and the replacement of the armistice agreement with a peace treaty.

The biggest contribution of Mattis' visit to Beijing will be to manage and control the two countries' differences over security, which will help promote China-US relations. The countries lack mutual trust in security and trade, and the US obviously regards China as a major rival in the South China Sea issue, cyber security and outer space programs. The tension over the two countries' military race is also aggravating. US Department of Defense announced the renaming of US Pacific Command as US Indo-Pacific Command on May 30. Apparently, this is an attempt to highlight the significance of the US and India in the Asia-Pacific region and make it easier for Washington to get involved in regional affairs. The renaming also intends to contain China's status in the region.

If China and the US leave their differences over security unaddressed and refuse to communicate, their relationship will be affected. This is Mattis' first trip to China as defense secretary. His visit will promote mutual understanding between high-ranking military officials and effective control of disputes, which will help stabilize China-US relations.

The US is also making an issue of Taiwan. US President Donald Trump has signed the Taiwan Travel Act, a legislation that encourages high-level reciprocal official visits. During Mattis' visit, Beijing will no doubt reiterate the importance of Taiwan question, and China-US relations will be affected if the US goes too far. Washington shouldn't regard Taiwan as a bargaining chip as it concerns Beijing's core interests. The mainland needs to warn the US against mistakes in matters of principle, such as joint military drills with Taiwan. It should remind the US that divergences can be controllable as long as Washington doesn't play with fire on the Taiwan question. Only if Beijing and Washington reach a consensus and enhance mutual respect and understanding will the issues be resolved in a constructive way.