May Day holiday boost for tourism 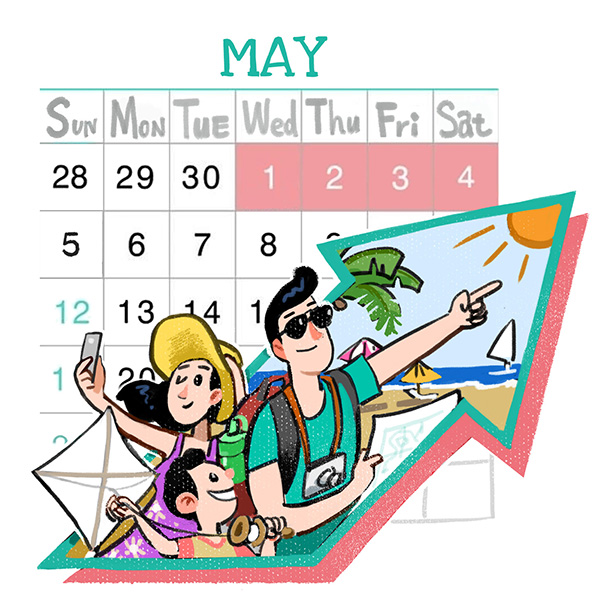 According to a decision by the State Council, China's Cabinet, on Friday, employees nationwide will enjoy a four-day-long holiday from May 1 to 4 this year. Sunday April 28 and Sunday May 5 are make-up work days.

About 20 minutes after the news was released, it became the hottest hashtag on Chinese micro blogs, with many people hailing it as "the happiest decision made on Friday". The total reading count reached 300 million by 12 pm, which means about half of the Chinese people with access to the internet had read it by then.

One of the most popular comments on the official micro blog of People's Daily was "Thank you, my homeland", with others being emojis of joy. Although some netizens worried about having to work on Sunday on two successive weekends, however, as one widely quoted comment said, "Everything that has a beginning also has an end".

There has been no official explanation for the decision, but a popular guess is it aims to boost tourism and domestic consumption. When people have four days off, many are likely to travel as there is enough time to do some sightseeing and unwind by doing shopping. When there is only one day off, people can only consider a short trip to suburbs.

Yet, in order to boost tourism, a longer holiday might not be enough. It is common sense that traveling is a rather money-burning issue－You have to spend money on every step you take.

Multiple measures must be taken in order to boost tourism. For example, it has long been a rule that highways suspend collecting fees during public holidays, a practice that might be better if the toll free period could extend to one day before and one day after the holiday, so that people can start their trips earlier in order to avoid traffic jams.