The China-built cross-sea bridge, which connects the mainland province of Guangdong with the country's two special administrative regions, Hong Kong and Macao, became a pride of Chinese engineering construction upon its opening to traffic on Tuesday. 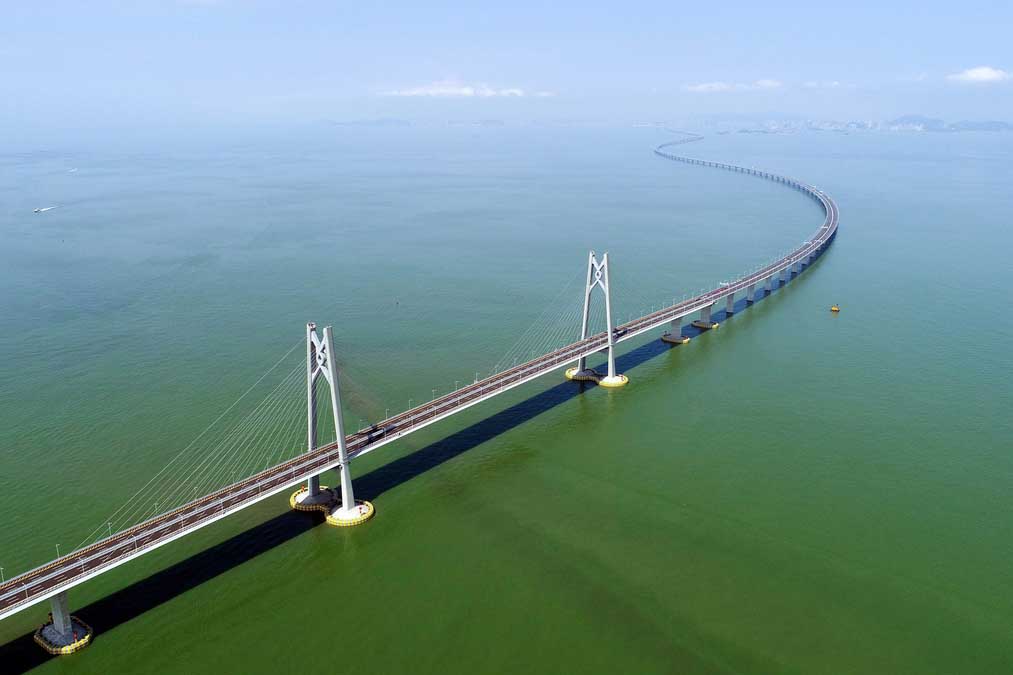 The Chinese builders have conquered difficulties ranging from technology, construction and workload, said Ge Changwei, head of the Guangdong Provincial Commission of Development and Reform.

The bridge construction is a practice of the Chinese policy of “One Country, Two Systems,” as a great deal of coordination was carried out under the three different legal and management systems, said Ge.

Without the guidance and support from the central government, our dream of building the bridge wouldn’t come true, he stressed.

The Hong Kong-Zhuhai-Macao Bridge has incorporated Hong Kong and Macao into the national highway network and opened the road network in the Guangdong-Hong Kong-Macao Greater Bay Area. Its construction marks the formation of the triangle with the Pearl River Estuary as the axis.

The bridge is also a vivid echo to the concept of supporting Hong Kong and Macao in integrating their development into overall national development proposed in the report to the 19th National Congress of the Communist Party of China.

The bridge withstood super typhoon Mangkhut, which landed on the Pearl River Delta on Sept.16, 2018 with a maximum wind speed of 55 meters per second. After the typhoon passed, the bridge was safe and no damage was tested in its major structure, houses under construction on the artificial island, the toll station and the ancillary facilities. Even no window was broken on the artificial island by the typhoon.

The project has withstood three typhoons since 2017, fully testifying China’s excellent skills and strong power in building bridges, such as the Hong Kong-Zhuhai-Macao Bridge.

The Hong Kong-Zhuhai-Macao Bridge is a record holder in many areas. As the world’s longest cross-sea bridge, it has the longest underwater tunnel and longest steel structure in the world.

By the eve of the opening of the bridge, the scientific research team of the bridge had applied for 454 patents with an innovation of 31 construction methods, 13 software products, 31 sets of equipment and three products.

It was the leapfrog development of China’s equipment manufacturing industry that strongly supported the construction of the bridge. 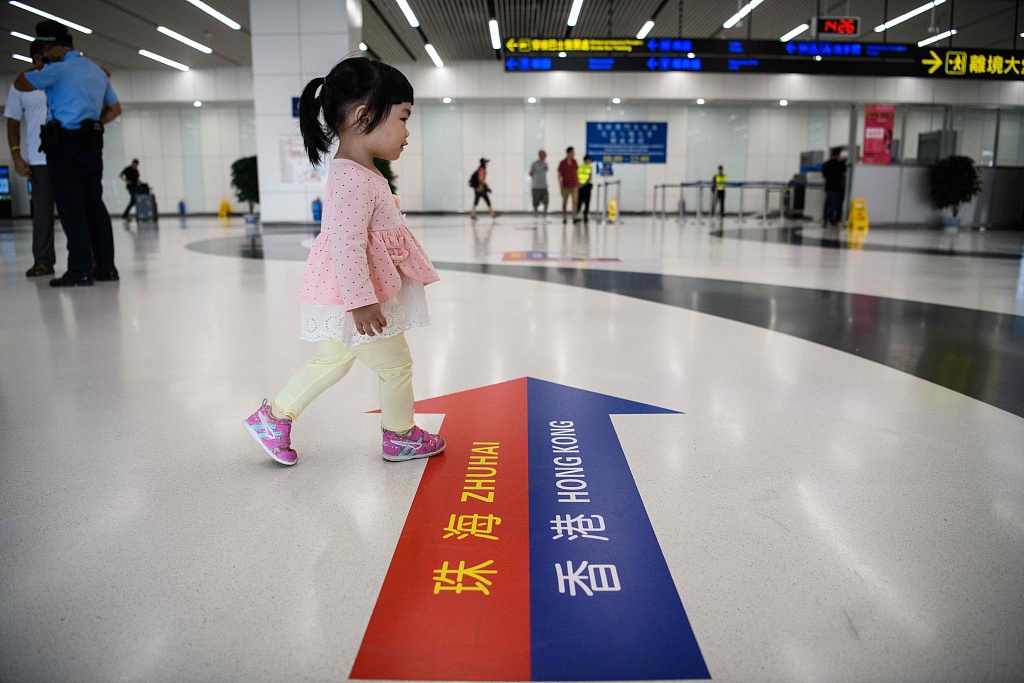 As the bridge runs through a state protection area of Chinese white dolphin in the Pearl River Estuary, the bridge builders made plans to not have the dolphins relocated because of the bridge construction.

A Hong Kong fisherman surnamed Cai now makes money by taking tourists on his boat to watch the Chinese white dolphins near the bridge.

“The number of dolphins here is almost the same as it was before the bridge was constructed. The tourists love to come here to take pictures of the dolphins jumping out of water. It is a nice view with the Hong Kong-Zhuhai-Macao Bridge as the background,” Cai said.

The Hong Kong-Zhuhai-Macao Bridge is a concentration of the advantages of the “One Country, Two Systems” policy, said Zhu Yongling, director of the management bureau of the bridge, adding that it was the complementary advantages of the three parties that contributed to the outstanding project.

The construction and management of the bridge marks an institutional innovation, as it has effectively coordinated the different laws and regulations, technical standards, construction procedures and modes of thinking, in the three places, Zhu pointed out.

The opening of the bridge has made the once remote Lantau Island in Hong Kong a new hot land for development. HKSAR Chief Executive Lam Cheng Yuet-ngor said that the island will become a pivotal that links Hong Kong and other cities in the Greater Bay Area.

Chief Executive of MSAR Fernando Chui Sai On said recently that the bridge, which connects the eastern and western banks of the Pearl River by land transportation, is conducive to the sustainable social and economic development of the three places.

Additionally, the first five-year plan of Macao will include the roadmap for the region to integrate into national development in the era of the mega-bridge, according to him.

The bridge will largely boost the development of industries in Macao, and help the place achieve the ambition of being a world tourism and leisure center, said Fanny Vong Chuk Kwan, president of Macao's Institute for Tourism Studies.

The bridge will bring Hong Kong closer to the western regions of the Pearl River Delta, and even cities such as Nanning, Kunming and Chengdu, said John Slosar, former chairman of Swire Pacific.