Einar Tangen is a current affair commentator. The article reflects the author's opinion, and not necessarily the views of CGTN.

The enormity of his economic and political moves has left both pundits and onlookers, at a loss. Those, such as the US Chamber of Commerce, who thought these were just Trumpian negotiating tactics, are now waking to the reality of his worldview and the consequences of his actions.

It would be tempting to dismiss Trump as an economic and political bully, hooligan, terrorist or fascist, as he has been referred to by many. But, it would be a mistake; Trump has both economic and political goals; so there is a method, if not logic, to his madness. Understanding what he is trying to do is essential to fashion an effective response.

So what is the method to his seeming madness, and how will they affect the US, China and the rest of the world? 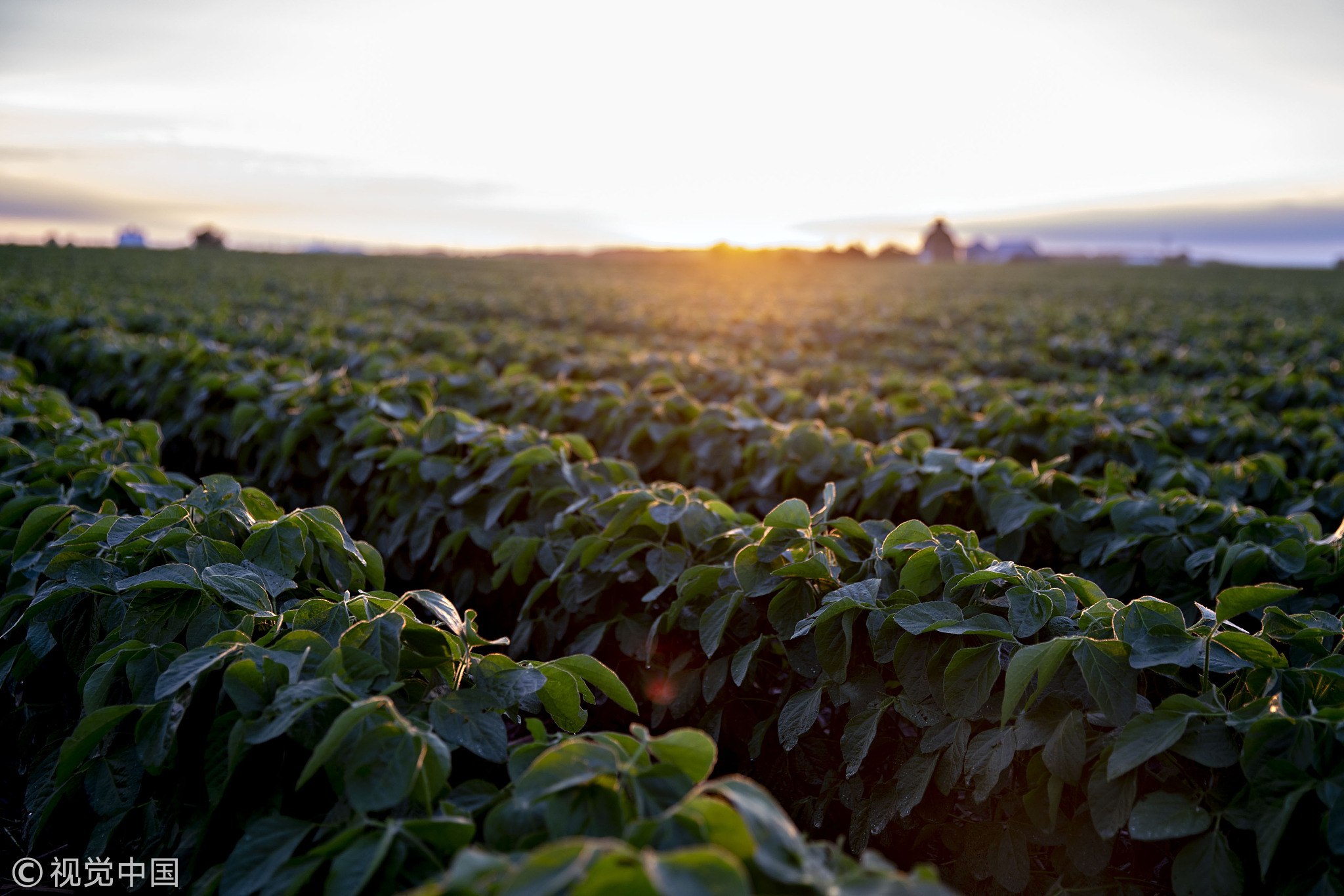 Soybean plants grow in a field near Tiskilwa, Illinois, US on June 19, 2018. A rout in commodities deepened as the threat of a trade war between the world's two biggest economies intensified, hitting markets from steel to soybeans. [Photo:VCG]

First, let's start with his worldview. Trump’s constant refrain is: the US (the wealthiest and most influential political, economic and military hegemony in the world, which controls the world's payment system and a good chunk of its leading technology), has been systematically victimized by its neighbors, allies and competitors, using the very institutions and rules the US participated in setting up. Trump says horrible American leadership is to blame.

Trump's goal, get rid of, or minimize, all multilateral trade deals and organizations in favor of a spoke and hub system, which puts the US at the center of favorable bilateral trade agreements with every country on earth. This is seen as the key to maintaining the type of American Exceptionalism, which he and others believe is the key to the world's future.

The only things in his way are his neighbors, allies, competitors and a handful of multilateral organizations, but his first and foremost target is China, a rising power whose economic and political outlook and success he sees as a direct challenge to the Pax Americana.

What are Trump's economic and political goals?

Ninety percent of the tariffs imposed by Trump, were on capital and intermediate goods, everything from refrigeration compressors, ball bearings, aircraft parts, batteries, electrical generators and equipment, industrial ovens and furnaces, train and rail parts to construction equipment. What do these things have in common? They are the machinery and parts used by companies in America to make finished products.

At this point, you may be scratching your head, why would Trump be imposing tariffs on things companies in America need to create products, if he is trying to attack China?

The answer is simple, he wants to decimate China's role in the global supply chain, by making Chinese goods noncompetitive, but by increasing the costs of necessary components from China, Trump is forcing American companies to pay more and thereby affecting their ability to compete with companies from countries, who do not have to pay tariffs. 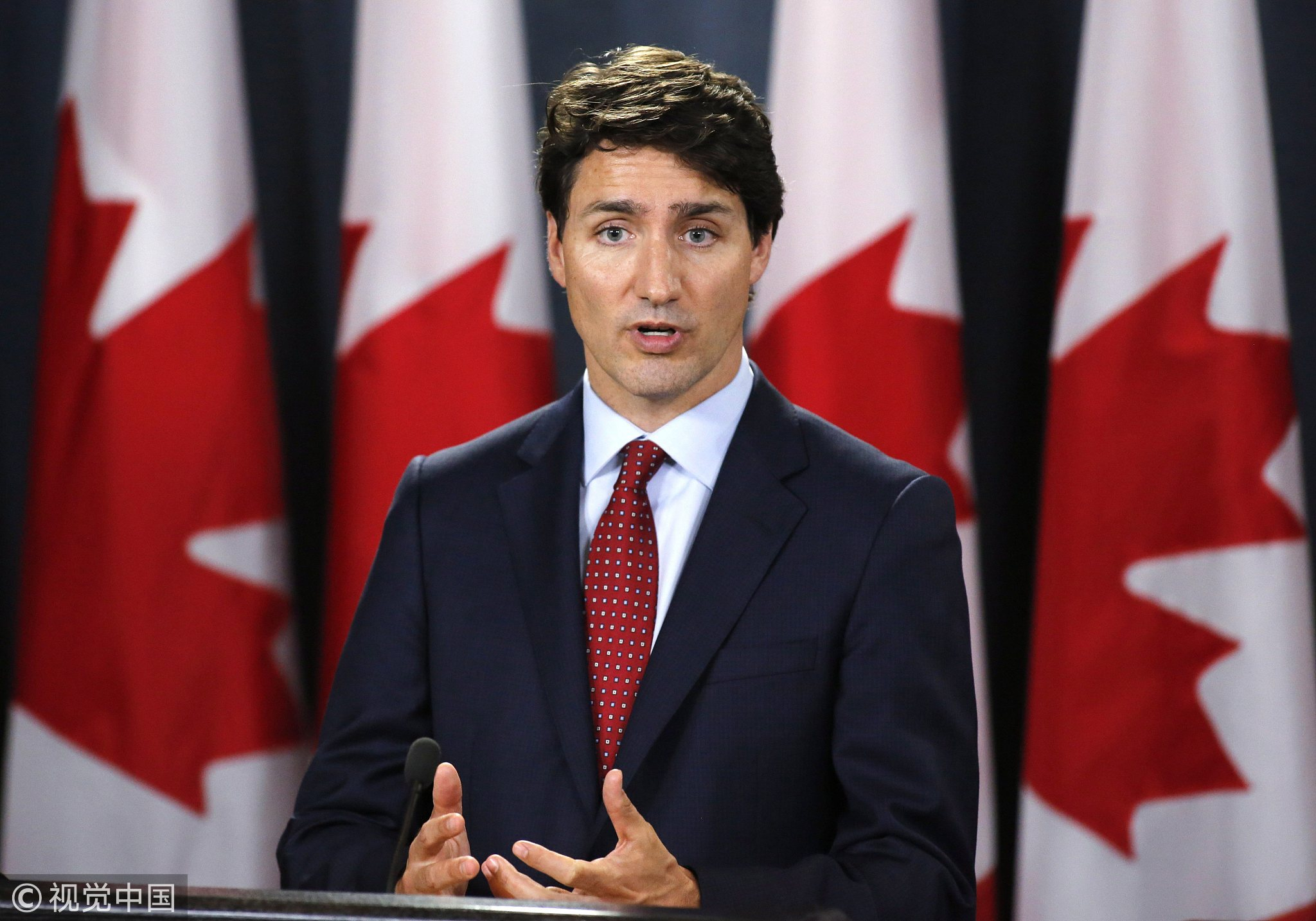 Canadian Prime Minister Justin Trudeau speaks at a press conference in Ottawa on May 31, 2018. Canada is imposing dollar-for-dollar tariff "countermeasures" on up to 16.6 billion US dollars worth of US imports in response to the American decision to make good on its threat of similar tariffs against Canadian-made steel and aluminum. [Photo:VCG]

It is a pity Trump did not study the 1930 Smoot–Hawley Tariffs, which saw the world lose two-thirds of its international trade between 1929 and 1934. Known as The Great Depression, it resulted in tragic economic and social consequences for the people in the US and around the world.

Unfortunately, this time, just like during the Great Depression, the economic and social costs will be borne by American businesses and consumers.

Businesses will pay the costs of changing their supply chains and lost competitiveness. Consumers will pay higher prices for goods caused both by tariffs in the short run, and the costs of economic disruption to businesses in the long run.

Unfortunately, while it could hurt China economically, it will not help the US repatriate industries and jobs back to America. The same market pressures that saw US companies move their production to China, the lure of cheap land, construction costs and labor, will simply see any new manufacturing facilities moved to other places, even cheaper than China.

As such, it is apparent that Trump's Trade War is not about Making America Great Again by appealing to Americans to be better, smarter and harder working, but an attempt to make America's neighbors, allies and competitors vassals to US economic and political desires, by destroying or subjugating their economies.

Trump and his advisers believe that their trade war is the key to decimating China’s economic and political role in the world and making other countries toe the line. They believe that success would allow the US to force its economic and political will on all lesser powers and thereby extend the US’s political, economic and hegemony. The problem is, attacking your neighbors, allies and competitors, at the same time, is not a winning formula and will encourage them to band together, not cower in fear. Further, making your consumers and businesses pay the cost of your windmill jousting will, in the end, be a political deadfall, but it is not clear that Trump sees beyond his own ambition and ego.

As Benjamin Franklin said, “We must, indeed, all hang together or, most assuredly, we shall all hang separately.” If the rest of the powers do not protect the economic and political mechanisms like the UN and the WTO, the world as we know it will dissolve taking with it the gains of the past 17 years.

Countries, if they value their independence and prosperity, must put aside their differences and start recognizing what they value and coordinate their response to Trump, or as said be prepared to “hang alone”.