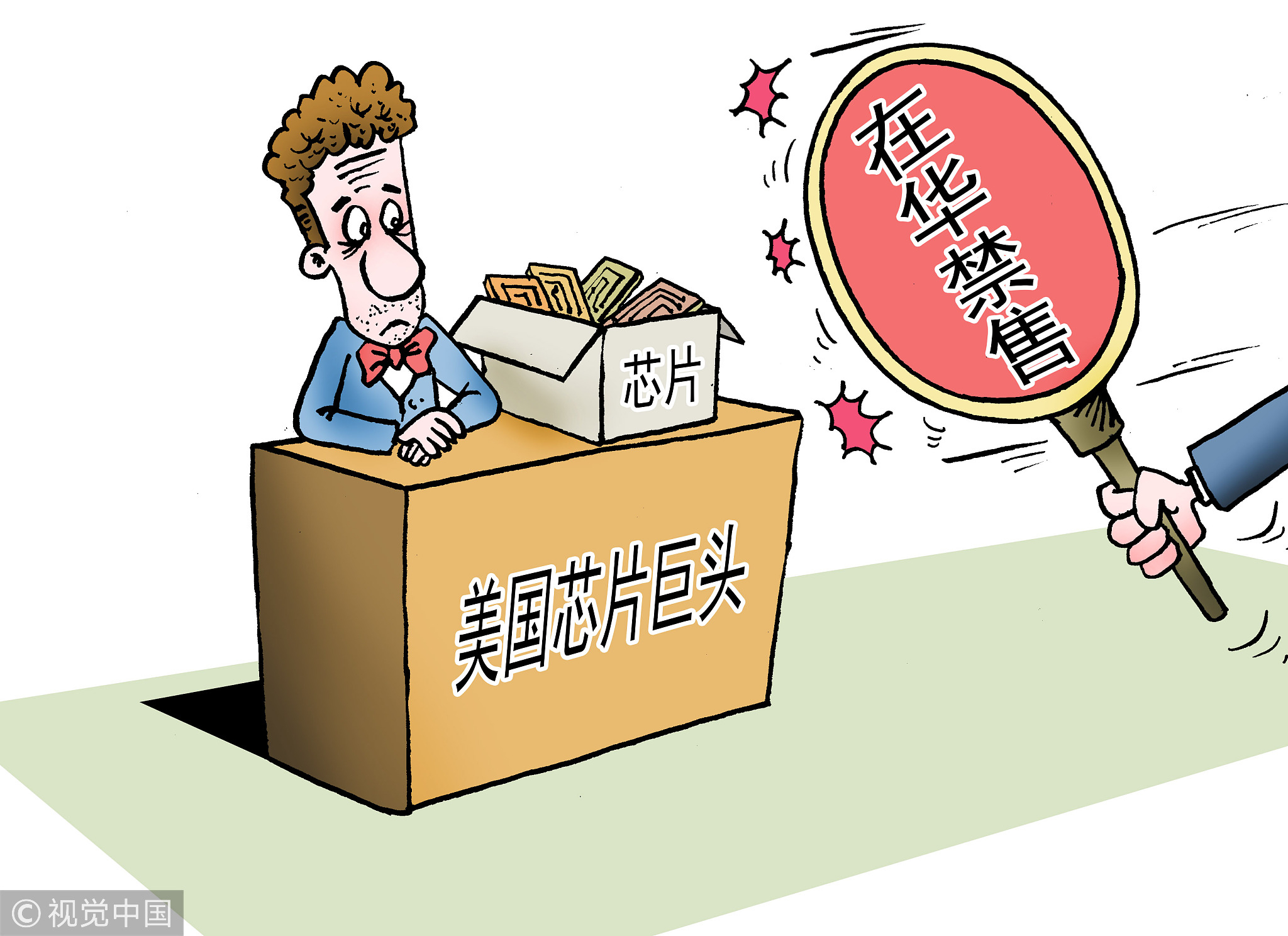 The cartoon illustrates the sales ban on a number of products from US-based chipmaker Micron in the mainland market over patent lawsuits. (Photo: VCG)

The sales ban on a number of products from US-based chipmaker Micron in the mainland market over patent lawsuits shows the growing capacity of mainland companies to fight back against patent suits from overseas companies, domestic mobile analysts told the Global Times.

The ban issue is unlikely to be solved out of court amid the current Sino-US trade row, an analyst said, despite assurance from Chinese authorities that the case has nothing to do with the row.

Lu Kang, the spokesperson for the Chinese Ministry of Foreign Affairs, said during a press briefing on Wednesday that the ban on certain Micron products is an individual intellectual property rights protection case that has nothing to do with the Sino-US trade frictions.

Lu also said that China provides equal protection to all companies whether domestic or foreign.

Jinhua said that Micron had about a dozen products suspected of violating Jinhua's patents, including several of Micron's Random-Access Memory (RAM) and SSDs.

Jinhua also stressed that in the past it had already sued Micron for violating its patents for some of Micron's SSD and RAM products.

Sun Yanbiao, head of Shenzhen-based research company N1mobile, said that for the high-tech sector, companies frequently sue each other over patent issues.

"You can never see the end of patent lawsuits in this sector, and many of those suits are just left unsettled in the end," he told the Global Times Wednesday.

Xiang Ligang, chief executive of telecom industry news site cctime.com, told the Global Times Wednesday that a high-tech product usually involves dozens of patents, and it is easy for companies to "trample on patent rights," though not deliberately in many cases. "For example, for some small patents, manufacturers can't check who owns them," he said.

In December 2017, Micron filed a lawsuit against Jinhua, accusing the latter of infringing on its DRAM (dynamic random access memory) patents and intellectual property rights, according to media reports.

According to Xiang, amid the escalating Sino-US trade frictions, the "soft measures" used in many cases in the past, such as out-of-court settlement, are not likely to happen in the Micron lawsuit this time.

Xiang said that the ban on Micron product sales in the mainland would severely hurt Micron's business, as the mainland market occupies an important position in the company's global business landscape.

A Reuters report on Wednesday noted that Micron now gets about half of its revenues from mainland markets.

But Xiang stressed that the ban wouldn't have too much impact on Chinese buyers as Micron's products can be replaced by other brands easily.

According to media reports, Micron now supplies SSD products to mainland Internet giants including Alibaba and Tencent. Tencent said on Wednesday that it is "not convenient" to comment on the issue.

On Wednesday, Taiwan-based United Microelectronics Corp. (UMC) also announced that the Fuzhou Intermediate People's Court had issued a preliminary injunction against Micron's subsidiaries in Xi'an and Shanghai in sales of items like SSD and memory sticks in the mainland because of alleged patent violations.