OPINIONS Mid-Autumn Festival: Lighting up the road to home

Mid-Autumn Festival: Lighting up the road to home 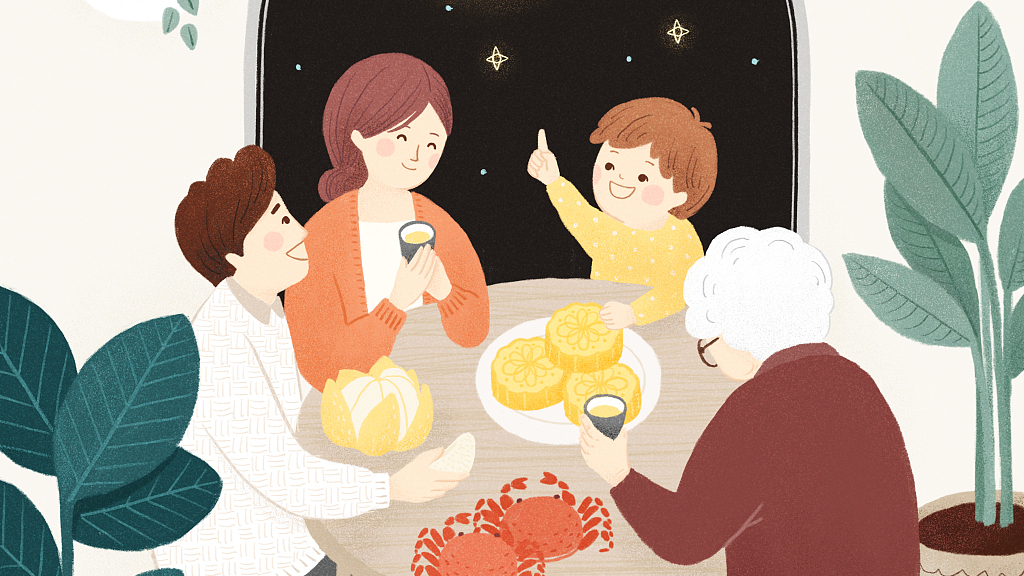 Held on the 15th day of the eighth month on the Chinese lunar calendar, Mid-Autumn Festival is the second grandest festival after Chinese New Year when family members get together to celebrate reunion, enjoy mooncakes and other delicacies. For those far away from home, the brightest moon in the year reminds them of bonding with their beloved people and land.

Hence in Chinese culture, full moon resembles reunion or get-together. It has inspired many beautiful poems and essays on nature, life, and love towards family and homeland: “I see the moon so bright when raising my head; withdrawing my eyes, my nostalgia comes around,” reads a poem written by the Chinese poet Li Bai.

Nowadays, in spite of social and economic development, to many people, reunions are not getting easier. With increasing mobility in the globalized world, many people study or work away from home, leaving the elderly alone at home.

On Mid-Autumn Festival, over 249.5 million seniors aged 60 and above (17.9 percent of the total population) in China expect their sons and daughters to come home. This might be a few days in the year when they get together with their beloved children.

However, in reality, many people work away from their hometown as they get a job in cities after graduation from universities. Also, massive rural to urban migration has left elderly parents and grandparents distant from their children. Another large group separated from parents are international students that amounted to 662,100 by 2018, according to the data from Chinese Ministry of Education.

To many of them, the reunion could not be realized either because the younger generation could not travel home from afar or they are getting indifferent towards traditional festivals.

On the other hand, “hard-working” is increasingly becoming one of the hallmarks of Chinese people. On average, Chinese people work for 2,200 hours or more each year and 50 hours each week, 38 percent higher than world average. Meanwhile, they spend less time for leisure and for accompanying their family. In the bustling life, the traditional ways of reflecting and communicating feelings at times has faded away.

Thanks to the development of social welfare, the elderly people could go to a pension house and be cared for there. Moreover, there are various kinds of house services including cleaning and cooking available in the market. Modern technology also helps create equipment and facilities that aid and entertain elderly people who are alone at home.

Arguably, people could also stay connected and even see each other every day thanks to the convenience created by social media, such as WeChat or Skype, whenever and wherever they are.

Yet in reality, all these might not be able to quench the elderly’s longing for love that could only be felt through company or hugs from their family. East or west, home is best.

Mid-autumn perhaps might be just one example of changes with traditional festivals. In the globalized world, the boundaries of countries and cultures seem blurred in many cases. People tend to forget their traditions and follow popular culture.

Nonetheless, as culture is software of mind, it is those values deeply held in people’s heart and mind that define their identity, shape their way of thinking and acting, and make them distinct from each other.

To a great degree, cultures inspire Chinese people to work hard and achieve social and economic well-being today at an amazing pace and scale, just like a root where personal prosperity and national well-being stem from.

It is estimated that China would have up to 400 million people over 60 years of age by the year 2050. By then, senior care will be an even more formidable challenge. It is foreseeable that China will have a greater senior care system. Yet cultures of family-bonding, respect and care will make a real difference in their health and happiness.

Hopefully year after year, when people look up at the beautiful moon in the sky in mid-August, they will always remember their loved ones and their homeland that inspires and empowers them to go forward for a better world with more love and hope.