A seven-year-old Guatemalan girl’s death in the custody of US Customs and Border Protection (CBP) has triggered a fierce debate in the Uinted States. 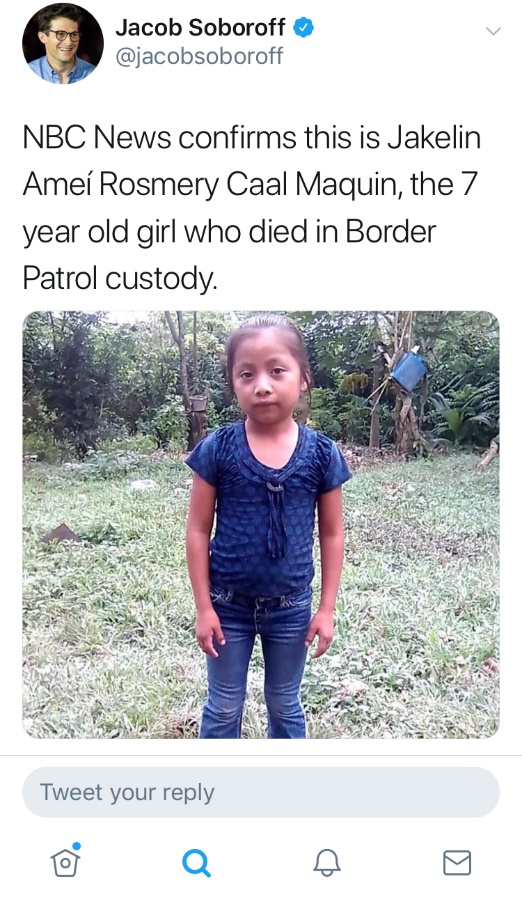 She reportedly “died of dehydration and exhaustion.” Last week the girl was taken into custody by Border Patrol for illegally crossing the US border with her father and a large group of migrants from Mexico, CBP said Thursday. She began having seizures eight hours after being detained and emergency responders found that the girl had “reportedly not eaten or drunk for several days.”

The humanitarian group No More Deaths posted videos of border agents throwing away gallons of water their volunteers leave in the desert for dehydrated migrants.

The tragedy has outraged the American with angry calls for a probe. “We call for an investigation into how this tragedy happened and serious changes to prevent future deaths,” Cynthia Pompa, an advocacy manager for the American Civil Liberties Union Border Rights Center said in a statement, blaming “lack of accountability, and a culture of cruelty within [US] CBP” for the girl’s death. “This tragedy represents the worst possible outcome when people, including children, are held in inhumane conditions.”

Immigration advocates have criticized the Trump administration for not adequately staffing ports of entry to process asylum claims by immigrants who cross legally, and for not doing enough to address the humanitarian concerns of migrants who make the dangerous journey between legal ports of entry.

The incident raises questions about CBP’s emergency procedures and the Trump administration's policy of delaying immigrants at ports of entry, forcing them to decide between waiting for weeks to months in dangerous border towns or traveling through hazardous areas along the border.

The Washington Post says the girl’s death is likely to intensify scrutiny of detention conditions at Border Patrol stations and CBP facilities that are increasingly overwhelmed by large numbers of families seeking asylum in the US.

The Department of Homeland Security (DHS)’s inspector general announced Friday it would investigate the death. But DHS Secretary Kirstjen Nielsen blamed the family, saying the group should have never tried to come to the US without authorization. 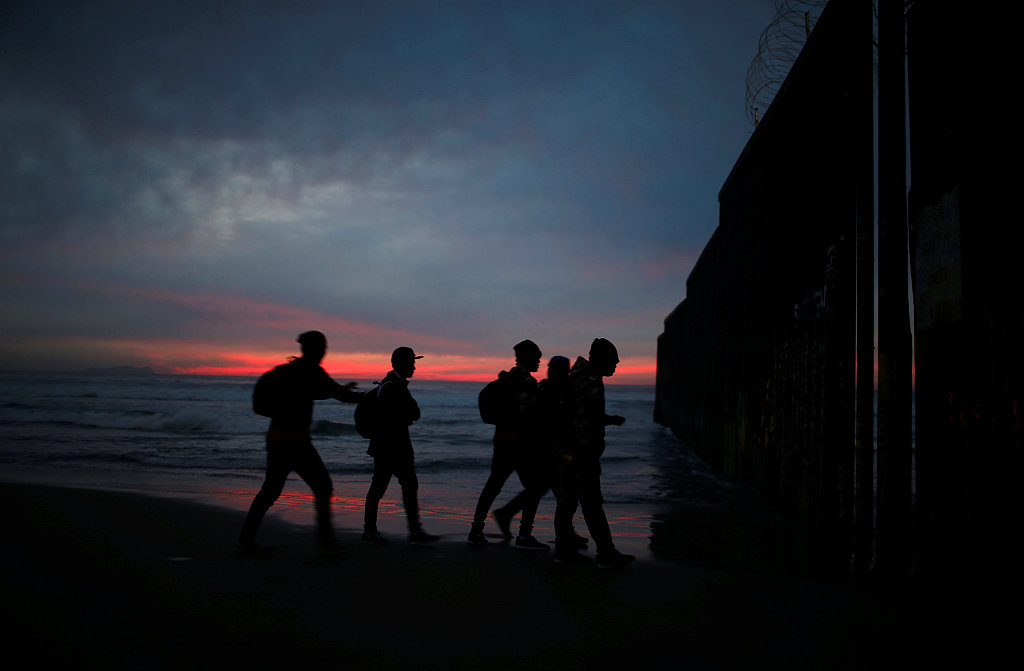 Migrants from Honduras, part of a caravan of thousands from Central America trying to reach the United States, walk next to the border fence as they prepare to cross it illegally, in Tijuana, Mexico, December 14, 2018. (Photos: VCG)

The number of migrant deaths rose by about 20 percent from 1998 to 2016, while the number of those captured while crossing illegally plummeted 70 percent during the same period, ProPublica reported in 2017.

Trump has threatened a partial government shutdown ahead of a December 21 deadline if Congress doesn’t approve $5 billion for a wall on the Mexico border. Democrats have refused to provide more than $1.3 billion for border security.

Hillary Clinton tweeted, “There are no words to capture the horror of a seven-year-old girl dying of dehydration in US custody. What’s happening at our borders is a humanitarian crisis.”

Those who supported the border wall retorted after her tweet. “And our country CAN NOT continue to take in the entire world's POOR who are a BURDEN to our judicial system and ALL of our SOCIAL SAFETY nets like Medicaid, housing, homes, WIC, & food stamps! We ARE STILL the world's MOST generous & giving country. Period,” a Twitter user @azibrn replied to her.

US Rep. Beto O'Rourke, a Texas Democrat, said on Friday that the death was a strong case not to build walls anymore. He said it was “heartbreaking and yet all too common," citing hundreds of people dying every year trying to cross into the US as the government built hundreds of miles of fencing and wall, physical barriers as we continue to militarize the border. Even though total apprehensions have dropped significantly, he insisted the number of people dying has increased in some years, “because we’re pushing people to ever more remote expanses of the desert.”