The documents including the communiqué and suggestions released after the conclusion of the Fifth Plenary Session of the 19th Communist Party of China Central Committee recently have emphasized that the centennial goal of military development be achieved by 2027, the 100th anniversary of the founding of the People's Liberation Army. 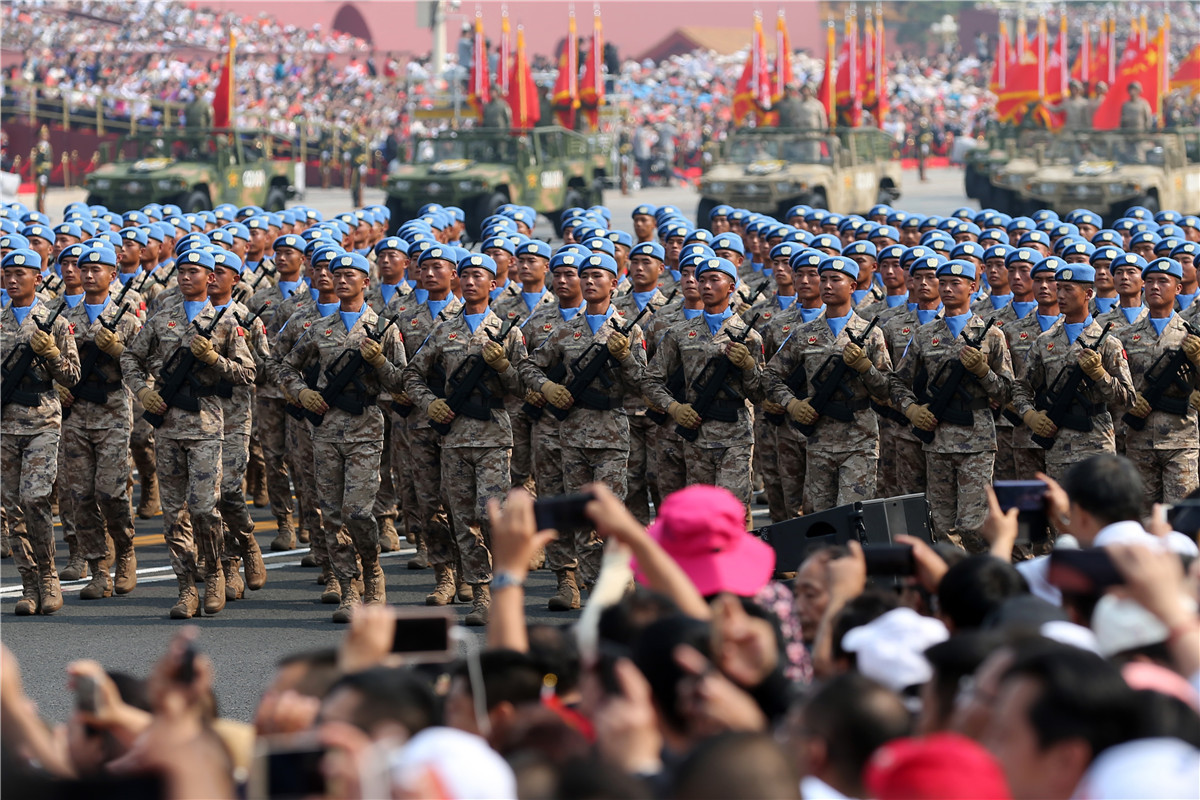 China has set this goal to not only safeguard its national security and development but also promote global stability and prosperity.

Since national defense is the cornerstone of a country's security and development, its military establishment needs to keep pace with national development. A strong military is the best guarantee of safeguarding the sovereignty, territorial integrity and core national interests of a country. And since a country without strong defense capabilities could be bullied by stronger powers, China has made military development an important national task.

Thanks to decades of efforts, China has made good progress in developing its military. Yet it still has to close the gaps with stronger military powers in terms of the level and standard of modernization.

Also, since separatist forces still pose a big challenge to China's sovereignty and territorial integrity and stability, the country needs to build a strong military to deter and subdue such forces. That's why the plenum communiqué says modernization of national defense and the armed forces should be accelerated, its quality and efficiency improved, and its integrated development, mechanization and informatization intensified.

In today's world, security issues cover almost all fields. A strong military power can better defend its sovereignty and unity. Likewise, a strong military can help China prevent strategic risks and allow the Chinese people to lay a solid foundation for the country's future development.

The launch of reform and opening-up facilitated China's rapid economic development, but at the same time national security challenges increased, threatening the country's development interests. China's rapid development has also prompted some countries, especially the United States, to try and contain China's rise by triggering trade disputes, imposing high-tech sanctions, and using military deterrence. Such attempts, using the pretext of the "Thucydides trap", are nothing but an effort to ensure the US maintains its hegemony.

A country has the right to safeguard its development interests in all spheres. Usually, a country uses diplomacy to safeguard its development interests when threatened by another power, and a strong military adds strength to its diplomatic maneuvers. Also, a strong and capable military can better respond to any national disasters the country faces. Hence, the communiqué says the country should "ensure that efforts to make our country prosperous and efforts to make our military strong go hand in hand".

A strong military can also help the world maintain peace and stability. And as a permanent member of the United Nations Security Council, China has the responsibility to safeguard global peace and stability, which has become a difficult task given the rising traditional and non-traditional security threats.

Moreover, the UN peacekeeping operations and escort missions in the Gulf of Aden have highlighted the importance of a strong military in maintaining regional peace and security, and China has been an active participant in and contributor to such operations and missions. In this regard, a developed Chinese military can make greater contributions to the fight against the traditional and non-traditional threats faced by humans.

On the premise of not harming the interests of other countries, China, by building a modern military with strong strategic capabilities in the new era, will promote peaceful national and international development.

Besides, the development of the military will also help China safeguard the fruits of reform and opening-up, leading to the rejuvenation of the Chinese nation. And a strong military will enable China to better facilitate international coordination and help build a community with a shared future for mankind and promote common prosperity and progress.

The author is a professor and executive director of the Institute of Strategy and Security, National University of Defense Technology. The views don't necessarily represent those of China Daily.