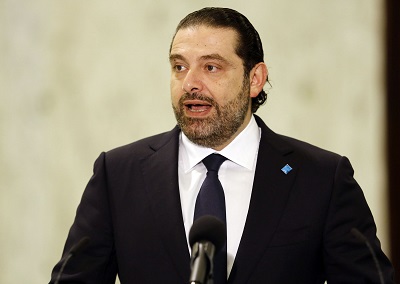 The unexpected resignation of Lebanon’s prime minister Saad Hariri has not just again plunged the country in political instability but also reignited regional tensions between Saudi Arabia and Iran.

This crisis in Lebanon comes against the backdrop of increasing tensions between Iran and Saudi Arabia, who both support different regimes across a number of Middle East countries.

Hariri’s shock resignation, coupled with speculations that he is being held against his will in Riyadh, has sparked fears that it could plunge the country into violence, and more broadly, raise questions as to whether the Saudis are opening a new front against Iranian influence in Lebanon.

Lebanon has been a theater for proxy regional battles for years.

A year ago, Hariri, a Sunni with close business and political ties to Saudi Arabia, had formed a coalition with Hezbollah, a Shiite party-cum-militia supported by Iran.

But since then, Riyadh has become increasingly impatient with Hariri’s failure to confront Hezbollah, whose militia wing was involved in the Syrian civil war backing President Bashar al-Assad, another Saudi rival.

Saudi Arabia is concerned with this growing military and political clout of what it sees as an Iranian proxy.

When Hariri announced his resignation on November 4 from the Saudi capital, he blamed Hezbollah and Iran for his decision. His resignation was widely seen as part of a Saudi strategy to isolate Iran and its Lebanese ally, Hezbollah.

Regional stakes are also involved in this crisis.

US President Donald Trump has backed Saudi policies while Riyadh also has the silent support of Israel, which sees Hezbollah as a threat to its northern border. If the Saudis forced Hariri to resign, they would prefer another Sunni leader who takes a more confrontational view of Hezbollah.

According to the Associated Press on Wednesday, Hariri’s older brother, Bahaa, made his first public statement since the crisis began. He appeared to indicate that he was willing to toe the Saudi line, perhaps more enthusiastically than his brother.

Although both Saudi Arabia and Iran have denied interfering in Lebanese politics, they have been locked in an apparent fierce war of words since Hariri’s resignation.

Several hours after it was broadcast, Saudi Arabia said its air defenses near Riyadh intercepted and destroyed a missile fired from Yemen, where a Saudi-led coalition is battling Iran-backed Shiite rebels.

Saudi Arabia has also asked its citizens to leave Lebanon, signaling potential military action. But analysts say Saudi Arabia is highly unlikely to go to war in Lebanon for it has its hands tied down in an unwinnable and seemingly endless conflict in Yemen.