Misuse of religion hides bright side 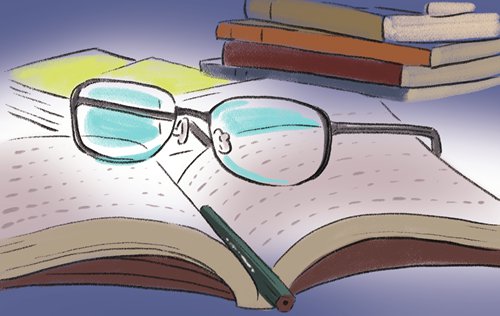 Is religion good for humanity? It's a debatable question. Kialo, a platform for rational debate, recently organized a poll on the question. Those believing religion has been a good thing for humanity argue that the good aspects of religion have undoubtedly played a role in teaching people to be good. For instance, religion has provided charity and welfare in history and in modern times; religious organizations make it easier for people to come together, network and create long-lasting relationships. But a few people hold other views. They think people have been led to do terrible things sometimes in the name of religion, and faith has been a prominent source of conflict and strife all over the world and through all ages.Historically, religion has played a good and bad role. Almost every religion, be it one as large as Christianity and Islam or a small one, has exercised positive and negative influence on history. Is there a completely good or bad religion in the world? I don't think so. Religion is a system of beliefs and spiritual consciousness. Its influence on human nature and society depends on how people use it to define their actions. Once religion is used as a tool or politicized, it will wield more negative influence. Consider the misuse of Islam. Extremist organizations such as Al Qaeda and the Islamic State either ignored, distorted or stigmatized the good values of the religion including fairness, tolerance, equality, peace, justice and integrity. In addition, due to Western propaganda, a clamor has risen around the threats posed by Islam, not only causing "Islamophobia," but also influencing the strategic thinking of some countries at diplomatic and security levels.  Religion has played a big role in Western society and the West often accuses China of lacking faith. Influenced by this, a few Chinese at times have attributed the problems and contradictions in society to its "lack of faith." However, such an argument is groundless.  On the one hand, religion and faith are different things. Religious faith is a form of faith, but not all faiths are expressed through religion. Faith is an individual choice of one's outlook on life, values and worldview. It covers a wider range. On the other hand, there are many good faiths in traditional Chinese culture. For example, the ancient Chinese believed "Good will be rewarded with good and evil with evil," using the belief to persuade people to be good. In some regions, statues of Guan Yu, a historical figure considered an embodiment of loyalty, honor and strength and Hua Mulan, a heroine, were enshrined and worshiped in temples. Those good beliefs have driven the progress of Chinese society, playing as important a role as Western mainstream religions.  Therefore, China does not lack faith, nor does it lack good faith. Due to different national conditions and the road to development, China doesn't have mainstream religious beliefs as Western societies do. This, however, makes the country immune to the risk of religious extremism and radicalism. Arguing China lacks faith and linking it to the country's social problems is narrow-minded.  Religion is not a tool. It is a series of belief systems which are usually under constant development. The influence of religion is a double-edged sword. Any idea that associates religion with humanity or with political, social and economic development will only end up using it to achieve its ends. Religion is not necessarily a good thing for humanity. But instrumentalized religion is certainly bad.