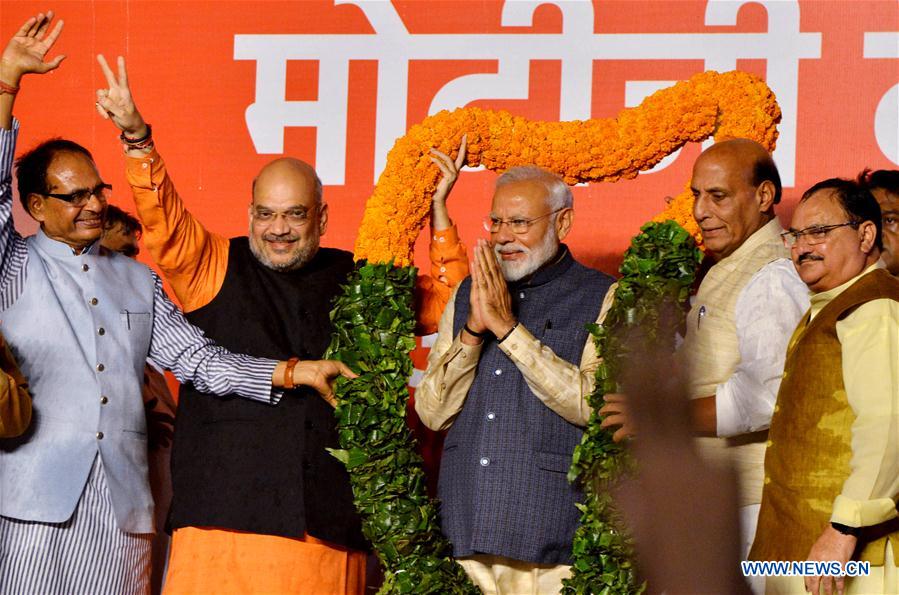 The results of India's six-week long general elections are finally out. The Bharatiya Janata Party (BJP), led by Narendra Modi, won an extraordinary election to govern India for another five years. Since the time of Jawaharlal Nehru, India's first prime minister, no party has won two successive terms in office at New Delhi. While the BJP had won a surprise landslide in 2014, ending more than three-decade long coalition era in the country, the 2019 poll result is a reaffirmation for Modi's party and his leadership.

The ruling BJP and its coalition partners captured as many as 352 seats in the Indian Parliament, out of a total of 535 contested. On its own, the BJP has pocketed astounding 303 seats. The election results are even more remarkable for the fact that the BJP has finally been able to breach the southern and eastern regions of the country. In its three-decades of existence, the BJP has mainly been a party of the heartland and Hindi speaking states. Only a handful of regional parties have able to buck the Modi wave.

The 2019 polls registered the highest ever voter turnout. A record 67.8% of voters turned out to elect the new government in a mammoth exercise involving nearly 900 million voters, totalling the combined population of Europe, the United Sates and Canada. The election stretched out for more than a month and involved nearly a million personnel. The election was marked by intense fights, squabbles and acrimonies between the ruling party and the opposition, requiring the Election Commission to act like a headmaster in its attempts to maintain order.

What turned the tide for Modi?

What led to such a sweeping mandate for the ruling party given India's long history of voters rejecting incumbent governments? It bears reminding that Modi's party lost three of its heartland states to the opposition last December, so many had predicted a tough time for the BJP in 2019 polls, but two major factors seem to have contributed to the unexpected result.

First, unlike previous elections that have largely been fought on the basis of government performance, caste and class, this election saw national security emerging as the main topic all through the six-week long campaign trails. The terror attack in Pulwama in January and subsequent Balakot airstrike became an overarching election theme for the ruling party. Many election surveys show the government's narrative of demonstrating an immediate response to terror resonated strongly among average voters. Many were inclined to give issues related to economy and jobs a pass and elect a strong leader.

Second, Modi turned the parliamentary election into a referendum on his persona and achievements. Candidates were able to draw votes on his charisma and strong personality. Modi was able to project himself as the sole national leader who could address country's key challenges at home and abroad, and many believed his claims and decisive leadership. Party organization, funds and superior political communications may have added to victory, but the election was about one man, Narendra Damodardas Modi.

Having won a resounding mandate, Modi now has to deliver what he promised over the next five years. The biggest and most urgent issue is the economy, which is reeling under stress with most sectors in trouble.

The most important challenge for the Modi government is the creation of jobs. According to a leaked government report, India currently has the highest level of unemployment at any point in the last 35 years. Nearly a million youth are entering the job market every month and unless the government acts, it will soon face growing youth disenchantment.

Third, India's farm sector is facing a long term crisis of low prices and low demands. There are rising protests by farmers and the government has tried to deal with this by offering temporary handouts in the form of income transfers. Yet, the new government has to find out long term solution to a problem that affects more than 50% of its population. With a decisive mandate and numbers in its side, hopefully the new government under Modi can deliver the promise of acche din (good days).

Niranjan Sahoo is a columnist with China.org.cn. For more information please visit: