OPINIONS Monkeypox, yet another health emergency for world to cope with

Monkeypox, yet another health emergency for world to cope with 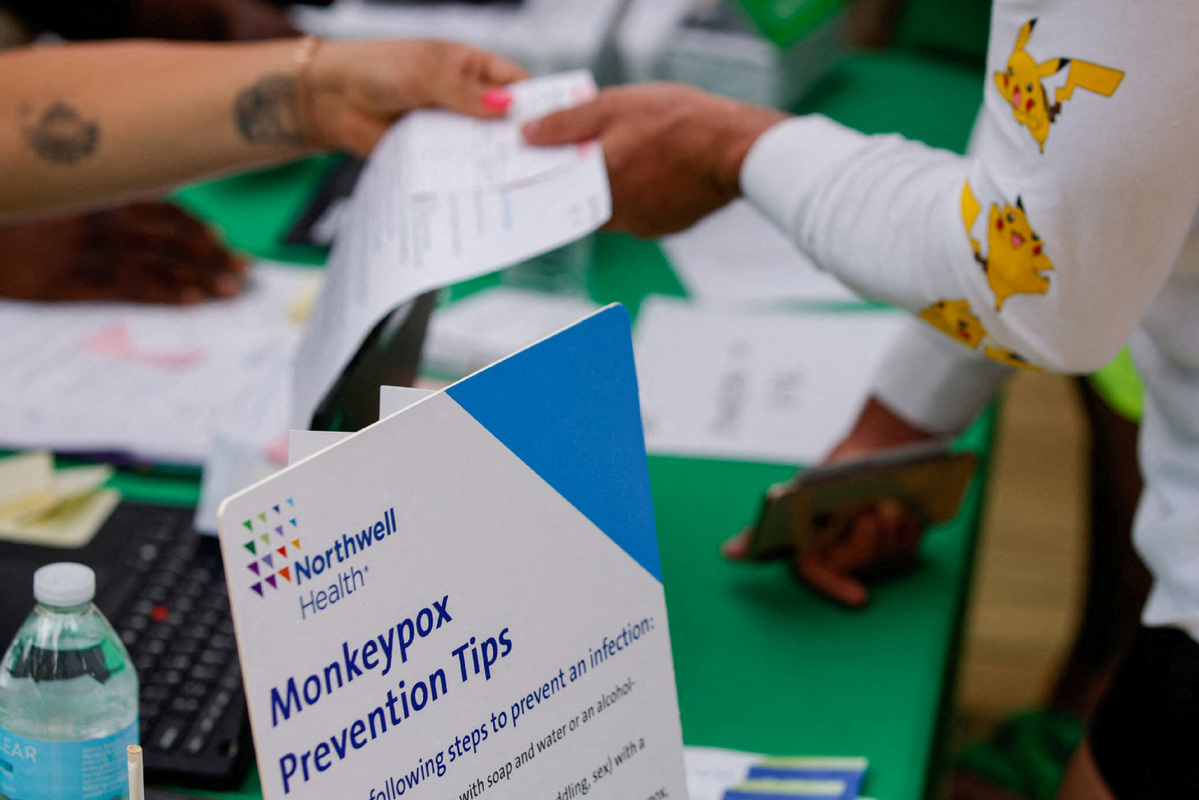 A person arrives to receive a monkeypox vaccination at the Northwell Health Immediate Care Center at Fire Island-Cherry Grove, in New York, US, July 15, 2022. Photo/Agencies

The World Health Organization has declared that the monkeypox outbreak in multiple countries is now a public health emergency of international concern, the highest level of alert it can sound.

At a time when a similar alert issued against the COVID-19 pandemic remains in place, identifying monkeypox as another public health emergency of international concern increase the global health challenge.

That WHO upgraded the outbreak from a pandemic to a public health emergency of international concern in just a month goes to show how fast the situation has changed. Altogether 16,000 monkeypox cases have been reported in 75 countries and regions around the world, with the number of confirmed infections increasing by 77 percent from late June to early July. Monkeypox used to be endemic to Africa, but now outbreaks have been reported from many countries and regions, including in Europe, the Americas and Asia.

The WHO has announced public health emergencies of international concern seven times in history. Aside from monkeypox, it has done so for influenza A(H1N1) virus in 2009, the wild poliovirus in 2014, the Ebola virus in West Africa in 2014, the Zika virus in Brazil in 2016, the Ebola virus in the Democratic Republic of the Congo in 2018-20 and the COVID-19 pandemic in 2020. The world is thus saddled with a new challenge even as it grapples with COVID-19.

Considering that no monkeypox cases have been reported on the Chinese mainland, China's current efforts should focus on preventing imported cases from abroad. In fact, the General Administration of Customs issued a notice as early as May 30, requiring all ports across the country to continue with measures to prevent the import of "multiple diseases".

China has established a variety of genetic testing techniques for the early diagnosis of monkeypox.

The National Health Commission has also issued a technical guide on monkeypox prevention and control, explicitly requiring its early detection, reporting, diagnosis, investigation and treatment. It has also raised specific requirements for the standardization of monkeypox epidemiological investigation, contact determination and management, laboratory testing and other work.

There is no need for the public to panic at this stage. The risk of infection can be effectively lowered by reducing gatherings, wearing masks, washing hands frequently and avoiding contact with wild animals.