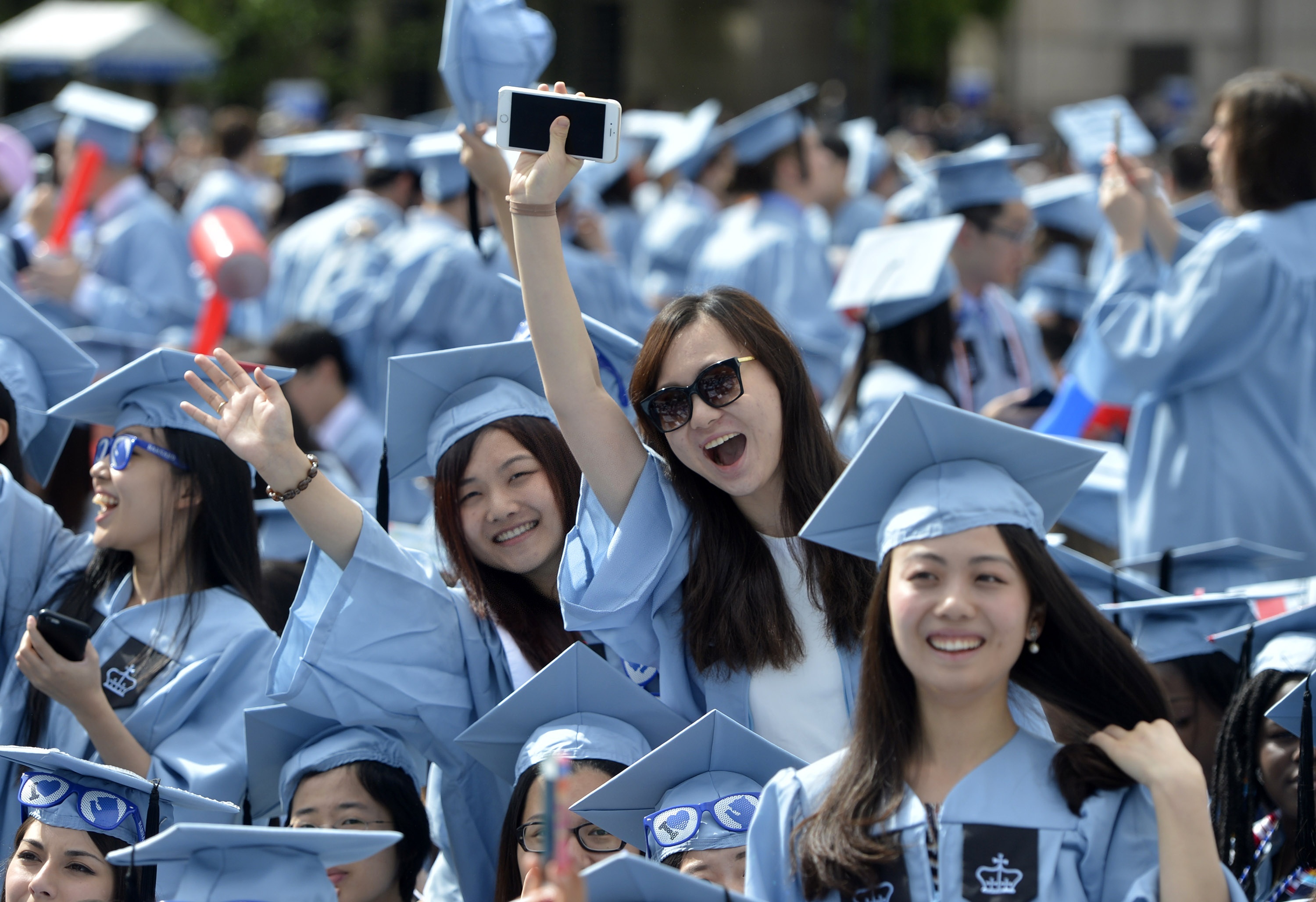 Studying abroad is very common for Chinese students. In 2018, the total number of Chinese students who pursued overseas education reached 662,100, a peak in history, and notably, 90% of them were self-financed; this figure increased by 53,700 when compared to 2017. According to the Ministry of Education, it is estimated that since the opening of China in 1978, around 58.5 million Chinese had studied overseas, and more than 62% of them returned to China after graduation.

Chinese students studying abroad can be dated back as early as the Qing Dynasty (1644-1911). The first generation of these students was officially sent by the authorities to the United States. The pilot attempt, named the Chinese Educational Mission, was initiated and promoted by a group of reform-minded officials. The pioneering mission marked the start of overseas educational activities. After the founding of the People's Republic of China, only a limited number of students studied abroad. It was not until 1972 that such international educational activities were restored. In 1978, China began to send up to 3,000 students and academic intellectuals abroad each year, aiming to promote its future development. However, only a minor share of these students opted to study abroad at their own expense. Before long, the government opened up the overseas education policies entirely, and by 1987, the figure surged dramatically to 100,000. Soon in the mid-1990s, self-funded students became the majority of outgoing Chinese students.

The education industry took off in a new direction. With favorable conditions brought by rapid economic growth and increasing domestic competition, more parents gradually decided to send their children abroad. In 2009, Chinese students represented the largest international student group in the United States, surpassing India for the first time.

Such massive outflow turned out to be problematic as it is reported that China suffered severe brain drain since then. Between 1978 and 2006, the China Statistical Yearbook reported that only 230,045 out of 919,012 students and scholars returned to China. However, many overseas returnees have devoted themselves to national development, and their efforts have contributed to China's boom in economics and technology in particular. In turn, this has caused more international students to come back to China and become essential pillars of the national labor force.

A report by the Centre for China and Globalization, "2019 Chinese Overseas Returnees Employment and Entrepreneurship Report," stated that 42% of surveyed returnees have a positive attitude towards China's future economic development, and 60% wished to reunite with their families. Meanwhile, it is reported that work visa restrictions and changes in international relations have facilitated their decision to return.

These surveyed students tended to prioritize an excellent "fit" and preferred employments that closely match their interests; simultaneously, the report claimed that they chose to enroll in majors that meet market demands. Not surprisingly, information technology, finance, and retailing were the most popular fields as compared to other occupational options.

Admittedly, it remains debatable whether these overseas returnees are more competitive in the domestic recruitment market. It is thought that they would stand out among candidates due to their foreign language skills. Nevertheless, the report also pointed out that a significant share of them worried about their lack of adequate knowledge of the current job market.

In recent years, local authorities have taken various measures to help them adapt to the domestic employment environment; for example, overseas returnees can enjoy preferential household registration (hukou) policies in cities such as Shenzhen. What is more, motivated by the "going out" strategy, Chinese businesses are looking for talents, especially those with global perspectives, and they believe that these returnees would help pave the way for their further expansion and potential overseas investment.

No longer talent-starved in this era, China is still in need of talents to fuel its development. Thus, for Chinese authorities, effective policies and a favorable environment are vital determinants to lure more overseas returnees and advance its national power. On the other hand, overseas Chinese are the best representatives for telling a good Chinese story, which would help to further facilitate the international community's exchange with China.

Mathew Wong is an assistant professor in the Department of Social Sciences at the Education University of Hong Kong.