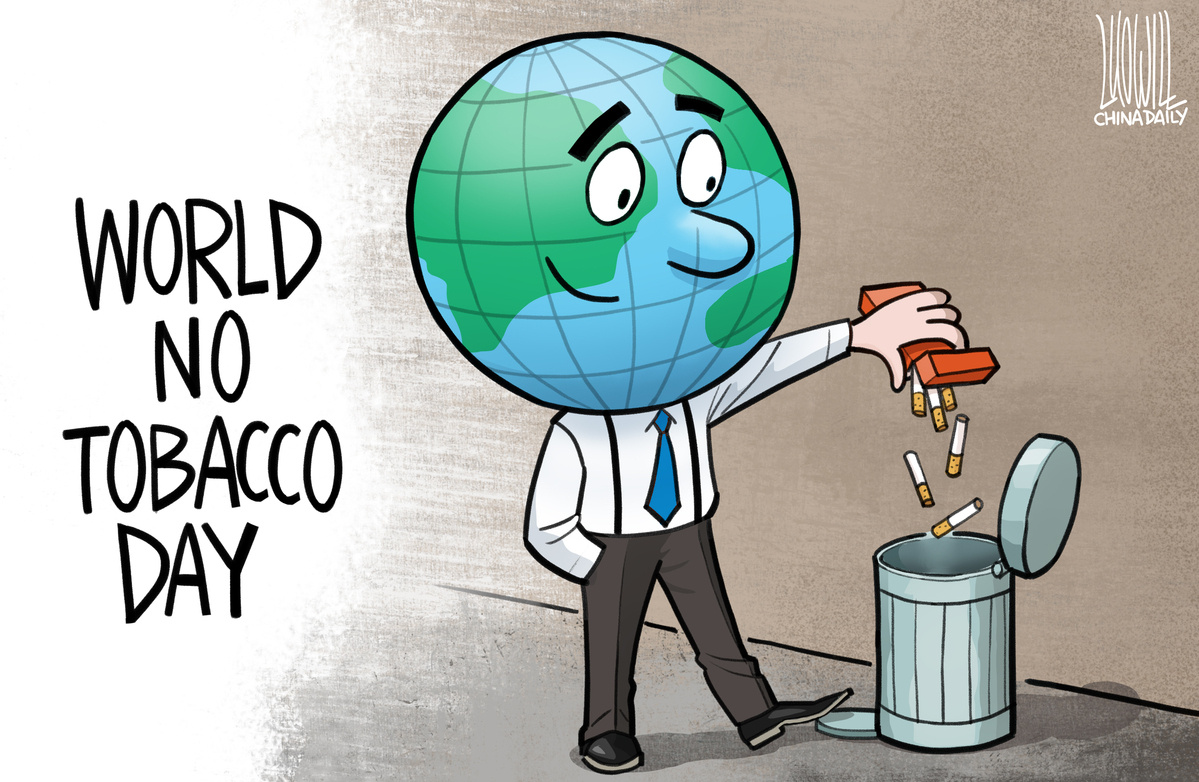 In 2018, nearly 26.6 out of every 100 Chinese residents on the mainland aged 15 or above smoked cigarettes, says a report jointly prepared by the National Health Commission and the World Health Organization. However, it should be comforting to note that the smoking rate has dipped from 33.9 percent in 1984. Also, many regions have blacklisted e-cigarettes to discourage smoking, imposing penalties for violations.

But challenges remain. There is increasing pressure on tobacco control authorities, as they are targeting to bring the smoking rate down to 20 percent by 2030. In particular, it is distressing to note that more than 300 million people in the Chinese mainland still smoke and more than 1 million people die of illnesses caused by smoking every year.

Smoking is like committing suicide. And those who smoke in public places endanger the lives of others by subjecting them to passive smoking. It is hoped that all smokers will pay attention to the "over 1 million deaths caused by smoking every year" so they do not become part of that statistic or harm other people.

There is a need to strengthen tobacco control measures to protect people's lives.

Second, stricter law enforcement is needed to ensure tobacco control laws and regulations are not violated, because some of them are not being implemented properly. For proper implementation of the tobacco control laws and regulations, it is necessary to assign responsibility and supervision to particular departments, and to hold those who fail to fulfill their responsibilities to account.

Third, the harmful side effects of smoking should be more widely publicized to encourage more smokers to quit. Some efforts have been made in this regard in recent years, but it is not enough. A more flexible and diverse approach is needed to create awareness about the dangers of smoking.