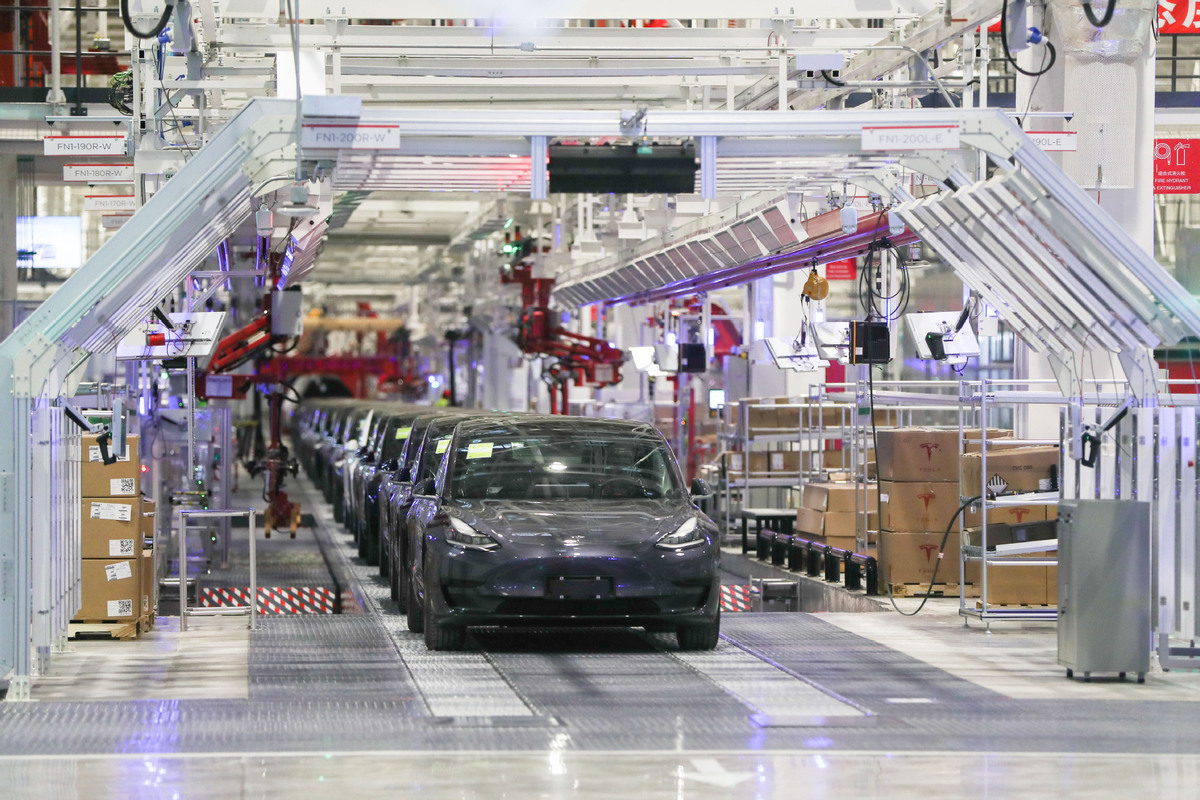 That it has taken only 358 days for Tesla's Gigafactory in Shanghai to deliver its first Model 3 electric car to a local buyer after the ground breaking ceremony for its 157,000-square-meter phase-one plant speaks volumes of the efficiency with which China can help foreign enterprises translate their visions into reality.

The Shanghai plant can manufacture 150,000 cars a year now, plus accessories, and the automaker's localization in the world's largest car market can help bring down the production costs by about 10 to 15 percent. But it is not only the company and Chinese consumers that will reap the benefits, Shanghai's tax coffers and the whole industrial chain in the Yangtze River Delta region will also benefit.

It is the country's unswerving efforts to better its business environment that has helped finalize the materialization of the blueprint for the win-win cooperation, driving home its commitment to facilitating trade and investment. While rising protectionism seeks to obstruct foreign investment and trade in some developed economies, the "Shanghai speed" at which the Tesla project is now up and running is of global significance, as it has provided the world with an opportunity to see how welcoming China is of foreign investment.

China's more than 40 years of fast economic growth and social development have been accompanied by its active integration into the global value chain, during which foreign investors, including more than 490 of the world's top 500 corporations, have spent about $2.1 trillion founding more than 900,000 ventures in it.

To meet the people's needs for better lives — China's per capita GDP reached $10,000 last year, the threshold for a middle-income economy — and to boost its industrial upgrading and economic restructuring, the country will continue with its endeavors to attract foreign companies.

Its business environment quality ranking in the Doing Business report of the World Bank rose from the 78th in 2017 to the 31st last year. And since the new Foreign Investment Law took effect on Jan 1, its business environment seems set to dock with that of the world, and bear more predictability, transparency and rule-of-law in intellectual property rights protection. Any resistance it encounters in the confrontation with protectionism and unilateralism will only strengthen its resolve to advance reform and opening-up.

Tesla is not only accelerating the world's transition to a new-look future of electric cars; it is also in the vanguard of a new era for foreign companies in China. In 1984, a little more than five years after the launch of reform and opening-up, the German company Volkswagen established China's first automobile joint venture in Shanghai. Thirty-six years later, Tesla is the first foreign automobile company to operate in China without a Chinese partner.