OPINIONS More than any time, we need the United Nations

More than any time, we need the United Nations 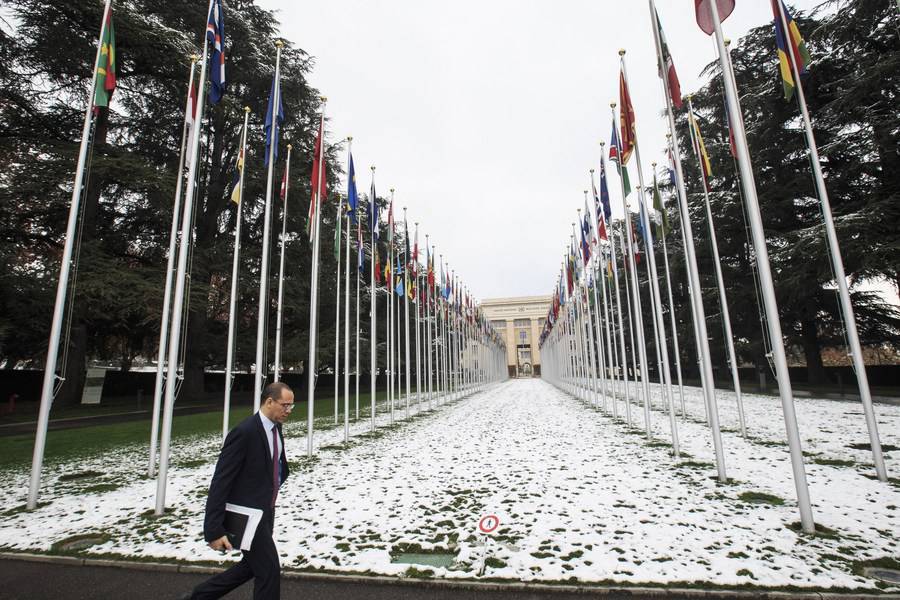 A man walks in the Palais des Nations, the headquarters of the United Nations in Geneva, Switzerland, Nov. 20, 2018. (Xinhua/Xu Jinquan)

It's a clear and powerful signal sent out by the international community that at a time of a massive crisis of COVID-19, what the world needs is not "my country comes first" style unilateralism, or the withdrawal from the international organizations, or schemes to stoke confrontation between different ideologies and political systems.

The immediate threat to everyone in the whole world is the coronavirus. While some countries are returning to normal as business activities and people's daily lives resume gradually, thanks to strict prevention and controlled measures, many more countries are still struggling with the assault of the virus, such as the United States, where the death toll is approaching 200,000.

In normal times, you'd expect a stronger and more urgent sense of mission for major powers to join hands in handling COVID-19. Unfortunately, what we witness is the practice of "modern piracy" of medical equipment in international airports, or the attempt to monopolize vaccines from German and French companies. Adding to that, there's the withdrawal by the United States from the World Health Organization (WHO), the key international body coordinating global efforts against the pandemic.

The COVID-19 pandemic has been "compounding the once-in-a-century transformations unfolding in our world," says a Chinese Position Paper on the 75th anniversary of the founding of the UN. The world is "entering a period of turbulence and change," with the rise of protectionism, unilateralism and bullying practices.

In addition to the departure of the WHO, Washington has withdrawn from the Paris Climate Agreement, sabotaging global efforts to fight climate change. The U.S. is also backing out of arms control. It has withdrawn from the Iran nuclear deal, abandoned the Intermediate-Range Nuclear Forces (INF) Treaty, left the Open Skies Treaty on military transparency, and refused to extend the New Strategic Arms Reduction Treaty (START).

Washington also threatened the top prosecutors of the International Criminal Court (ICC) with visa revocation as well as criminal investigations. As a result, the base of international security is being shaken and the reemergence of an arms race is not out of question.

Beyond its international obligation and responsibilities as the world's most powerful country, the U.S. has launched a series of attacks on China, due to rising concern in Washington that its global preeminence might be replaced by a rising China. 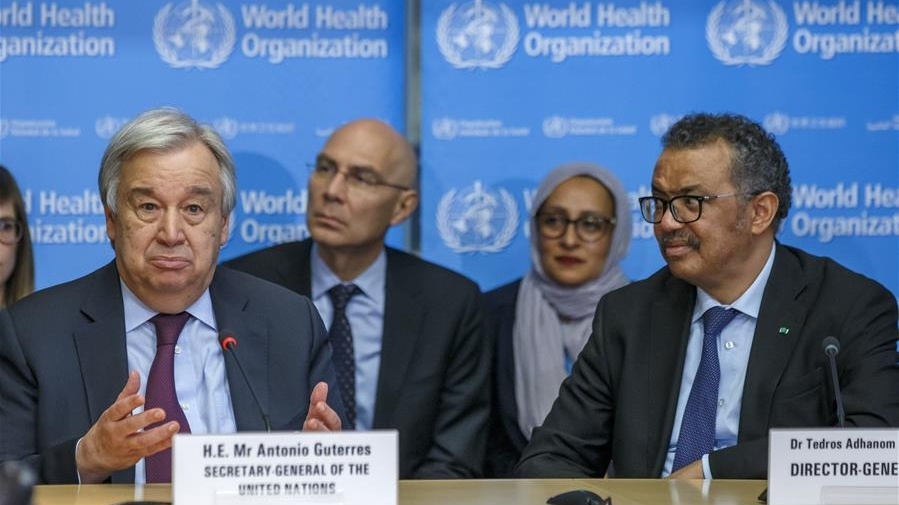 Following the imposition of tariffs on Chinese goods in a trade war, Washington has targeted the Chinese technology companies by either cutting off supply of components in the case of Huawei, with no evidence of any wrongdoing by the company, or forcing a backyard sale in the case of TikTok simply based on national security concern despite, again, zero evidence.

As China is increasingly being depicted by U.S. government and officials as its top adversary, McCarthyism is again rearing its ugly head. Chinese students and scholars are becoming victims under such anti-China sentiment. For example, visas of more than 1,000 students and scholars are revoked without proper explanation. Chinese students departing the U.S. are subject to horrendous harassment by border agents. One student stressed "he won't consider ever visiting the country again due to the screening experience."

Given the fact that the U.S. and China are the two largest economies and two of the most powerful countries in today's world, the U.S. attempt to decouple from China produces a repercussion far into the international community. Put it simply, the rest of the world faces such a tough question: Are we siding with Beijing and Washington?

What's noticeable is that Beijing has never asked any country to choose sides, nor does it seek an alliance system to counter any group of countries. Instead, China firmly sticks to the rules under the United Nations, one of the world's most important international organizations.

For example, in response to the UN initiative of global humanitarian plan to cope with COVID-19, China has donated 50 million U.S. dollars to the WHO, offered assistance to over 150 countries and organizations, as well as boosted medical exports to more than 200 countries and regions.

China is also closing ranks with all sides in protecting the Iran nuclear deal under the practice of multilateralism, in opposition of the unilateral approach by Washington.

The year 2020 marks the 75th anniversary of the founding of the United Nations. The theme of this year's commemoration events is set as "The Future We Want, the UN We Need: Reaffirming Our Collective Commitment to Multilateralism." 75 years ago, the UN was founded with the determination to save succeeding generations from the scourge of war.

Such a theme is highly relevant with a world facing with unprecedented challenges, in which the world's only superpower is agitated for a replay of a costly Cold War, which would only lead to more instability, chaos and conflict.

In this context, as the Chinese Position Paper says, all countries need to look beyond the pandemic and find answers to major questions such as what the world will look like and what kind of UN the world needs.