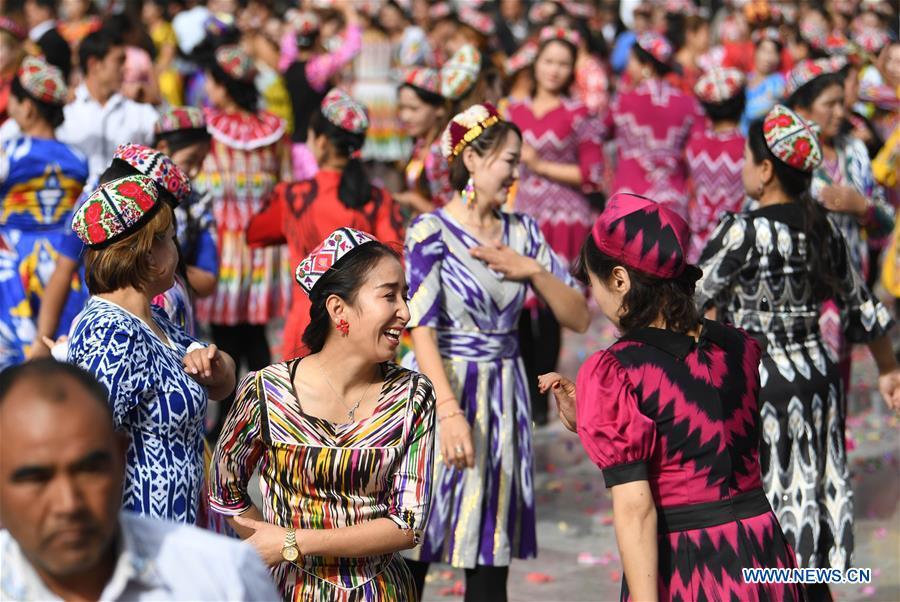 The Australian Strategic Policy Institute has gone too far by releasing a report saying that the Chinese government has transferred 80,000 or more Uygurs out of "internment camps" into factories across the country. Can anyone take this as truth? Only those whose deep-rooted bias against China's anti-terrorism policy has pulled the wool over their eyes.

But 80,000 or more is not a small number. How did the Australian think tank arrive at such a claim, while such a sensitive move eluded the attention of major international media?

Such questions are those that any people without an anti-China bias will not hesitate to ask.

The report also says that these factories are in the supply chains of at least 83 well-known global brands in the technology, clothing and automotive sectors.

That the Australian think tank can get the information ahead of the 83 global brands points to the absurdity of what it is talking about in its report published on Sunday.

Indeed, the Australian think tank knows what it is talking about in its report is lies, but it has to make such absurd claims as it is reportedly financially supported by the government of the United States and some US arms companies.

As a result, it is predisposed to have an ideological bias against China and tends to pick up anything on the grapevine that can be used to smear what China has done in its fight against terrorism, extremism and separatism in the Xinjiang Uygur autonomous region.

The fact is that all Uygurs who have received education on de-extremism and vocational training have graduated from their training classes and the majority of them have got jobs. This belies what the Australian think tank's report says.

It is quite possible that some Uygurs may work in factories in the supply chain of well-known global brands. But so what? They have the freedom to land any jobs they are capable of doing. There are no regulations prohibiting Uygurs from working.

It is always easier to find fault than to put oneself in the shoes of others. On the question of fighting against terrorism, extremism and separatism in Xinjiang, some Western think tanks like this Australian one and the Western media are too preoccupied with finding fault with what China does to have enough concern for common sense.

They will likely go even further unless they will really look at China's efforts against terrorism, extremism and separatism through the prism of objectivity. Will they? That is unlikely.