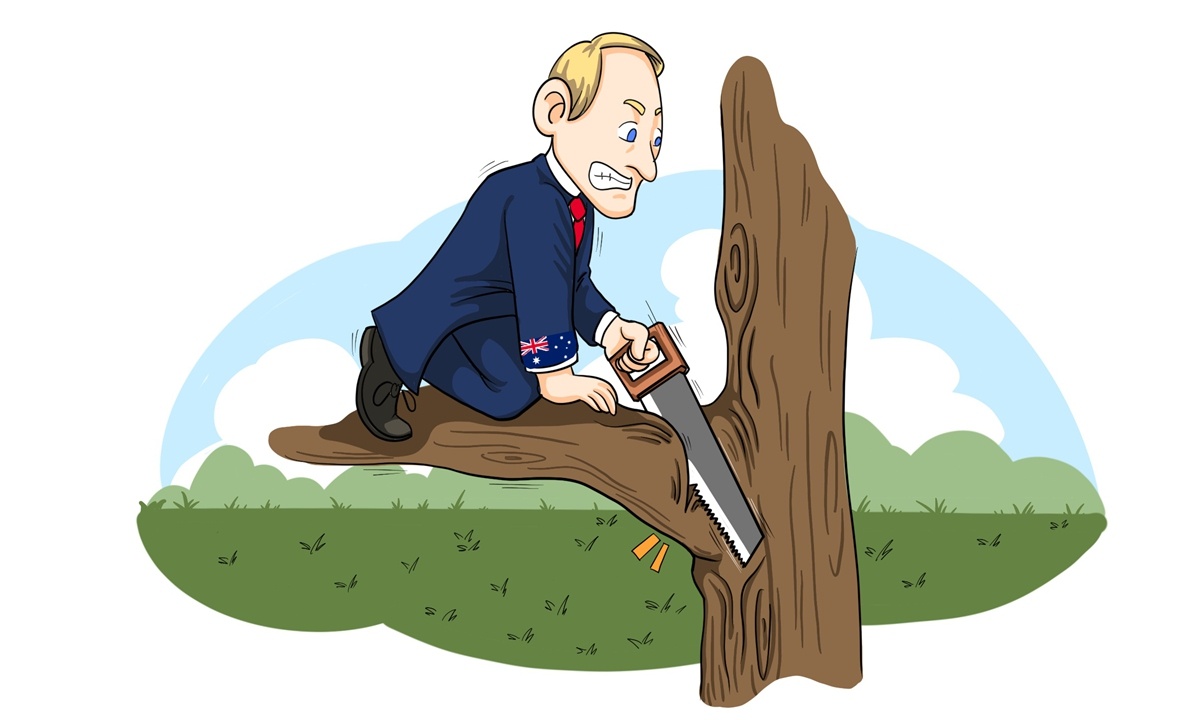 One of Western Australia's largest citrus producers said "slow processing in Chinese ports" has created an oversupply of citrus in Australian markets, dragging down domestic prices.

A business insider said that they are not seeing a lot of containers destined to China this year in comparison with previous years, and the industry for sure wanted to keep supplying to China, the Australian Broadcasting Corporation reported.

While there is no news to confirm the "clearance delay" of Australian imports at Chinese customs, it is a fact that more and more Australian industries are becoming anxious faced with the anti-China policies of the Morrison administration.

Businesses in Australia, big, medium or small, have been susceptible to rumours especially when they are related to China. Canberra's trade war hype has shaken the nerves of the Australian business community who watches in dreary desperation the escalating tensions between the two countries, anticipating the dismal prospect of losing the Chinese market.

Chinese consumers' enthusiasm for Australian products, on the other hand, has been dampened as the Morrison government has been demonstrating interminable hostility towards China, slashing the positivity that they have assumed about Australia as a friendly and welcoming country. The reckless provocation and antagonism from Australia have downgraded the mutually beneficial partnership between the two countries to the current stalemate not only politically but increasingly economically.

From beef and seafood to timber and wine, Australia's traditional exports to China cover a wide-ranging and diverse spectrum of the Australian economy, encompassing agriculture, animal husbandry, energy and mining industries. Australia's continuous belligerence towards China has been trashing bilateral trade and business activities, and as a result, favourability of Australian products among Chinese consumers is also declining.

There is a cunningness of Canberra's politicians to fuel the anti-China sentiments into a ploy of party politics with partisan profits overriding the country's national interest, anticipating the federal parliament election scheduled for 2022, but rumoured to take place ahead of the schedule. As a result, opportunistic politicians in Canberra have been orchestrating a series of publicity stunts, ranging from hyping a trade war by China, playing the victim at China's justifiable responses and threatening to lodge bilateral trade disputes to the WTO.

Australia's growing tension with China roots with the total lack of political wisdom and commonsensical prudence. It is such economic vandalism that has been gnawing at the previously sanguine bilateral trade. Canberra needs to seriously reflect on the reckless and disastrous deeds it has been committing in the past several years, including senselessly interfering and banning of Chinese businesses' legitimate investment and other business activities, slandering China's system of political governance, and provoking China's fundamental national interests, in particular on issues related to Xinjiang, Hong Kong and Taiwan.

What is especially pathetic is that the Morrison administration has been trying to delude themselves and the Australian public. Turning a blind eye on the swingeing decline of the actual trade between the two countries, they take advantage of the present peak of the international large commodities' prices for the time being, which has led to statistically temporary highs of the bilateral trade, trying to create a deceptive impression that the current diplomatic freeze does not affect trade activities at all.

The trade between China and Australia from January to May remains relatively stable, with a year-on-year increase of 23 percent, which is in fact the outcome of the lower base of the epidemic-impacted data from last year, bolstered by the irrational increase in iron ore prices this year.

It is becoming untenable for the Australian politicians to continue to use this data as a fig leaf to misinform and defraud its business community. Concerns raised publicly by a number of major business leaders about the loss of the Chinese market are not at all unfounded, who have the prescience of the initial effects of potentially prolonged trading fallout. For the Canberra policymakers and bureaucrats, burying their heads in the sand will only stifle themselves.

Australia's deputy opposite party leader has again lashed out at the Morrison government over its handling of China-Australian relations. Labor's Richard Marles lambasted the federal government for being the first government not to have a "relationship of substance" with Beijing since the 1970s.

Morrison and his government have continuously failed to engage in meaningful and necessary dialogues with Beijing, but instead indulge in playing politics and his signature megaphone diplomacy, which is making life increasingly harder for Australian businesses and Australian families.

Will the Australian government heed the mounting calls for diplomatic sensibility, and rectify the gaucheries and blunders in its China policy, so as not to drive the bilateral relations further down into a cul-de-sac of no return? This is obviously a billion-dollar question for Morrison to weigh up and brood over.

The author is a professor and director of the Australian Studies Centre, East China Normal University.