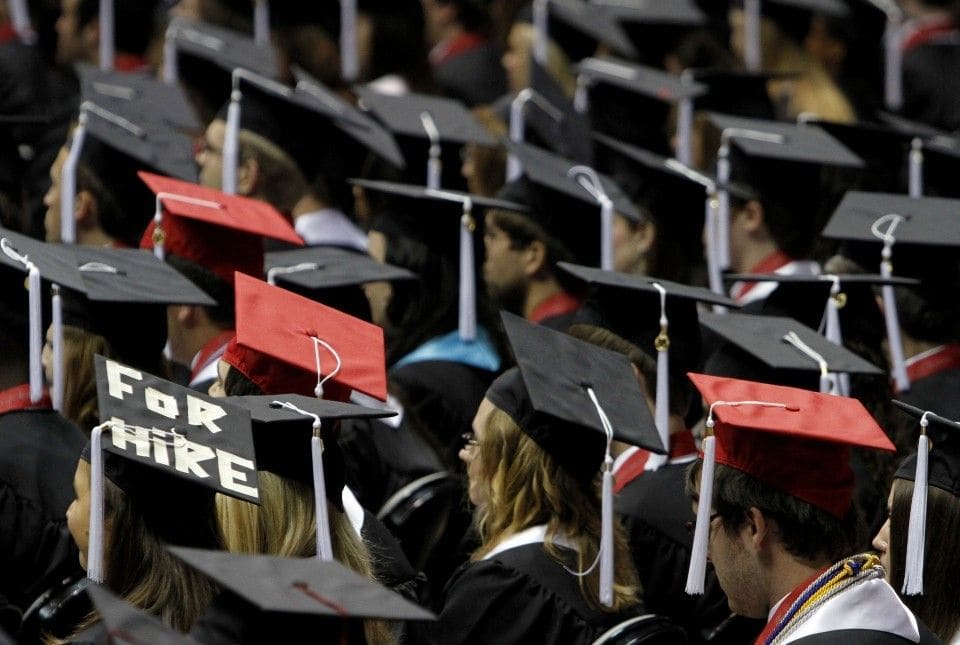 In modern times, education could be considered the building block for a stable society, which should provide the masses with a path toward prosperity. However, in recent years the US’ student loan debt has reached unfathomable heights, topping out at more than $1.5 trillion this year according to the US Federal Reserve.

While taking out loans to pay for college used to be a sound investment, it is now seen as a trap that ensnares millions each year and affects their wallets, livelihoods, and minds.

First and foremost is the obvious financial strain that student loan debt can have on US citizens.

According to Make Lemonade, a personal finance website, in 2017, some 44 million people across the US defaulted on their student loan debts by June. The problem with defaulting? It leads to garnished wages, withheld tax refunds, and lowered credit scores – making it even more difficult for people to free themselves from this burden.

Moreover, student loan debt is not like other types of debt since it cannot be discharged when someone declares bankruptcy.

Furthermore, black students are also more likely to be saddled with higher debt rates than white, Hispanic, and Asian students. According to a study by the Brookings Institute, black graduates owe roughly $7,400 more on average than their white peers and is marginally higher than Hispanic and Asian graduates.

It seems backwards to think that education is a leading cause of debt in America, when debt is supposed to be the thing that helps raise people out from poverty and into financial stability. Yet the US’ current education and debt cycle is just that – a cycle. It exists to lock people into low economic classes and without the means to afford necessities.

Even more bad news is on the horizon for indebted students, since the Trump administration recently proposed in July to tighten student loan forgiveness measures, according to Forbes.com. They also wanted to make it more difficult to students who are accusing “for-profit” universities of fraud.

Seth Frotman, the student loan ombudsman at the Consumer Financial Protection Bureau, resigned from his position on Aug. 27, citing that the Trump administration has “turned its back on young people and their financial futures” over its recent decisions on student loan forgiveness.

Losing the ability to work

At the very least, once a person gets locked into debt – they’ll be able to slowly work it off, correct? According to a New York Times article, 15 states allow student loan borrowers to suspend or revoke occupational licenses in the event of a defaulted loan.

This includes states like Texas, Florida, and Massachusetts. In Kentucky, some 308 nurses and 223 teachers had their licenses revoked in recent years and as of October, South Dakota blocked licenses for some 1,550 people. Some states, like Iowa, even have the power to revoke any state-issued licenses, including a driver’s license.

This is yet another flaw in the US’ student debt landscape. How can people be expected to pay for their loans and repair their bad credit if they cannot use the knowledge they’ve gained while securing their loans?

According to a New York Times article from 2017, proponents of the state licensing laws say they benefit the taxpayers, since the loans are backed by guarantees by the state or federal government. However, having people lose their livelihoods is terrible since it just creates more poverty – and more poverty means more burden on taxpayers and more homelessness.

If the US government were really concerned about the taxpayers, they would find reasonable methods for collecting their money and not condemn people to a life of poverty. Also, the people having their licenses suspended are the backbones of the American economy – nurses, counselors, barbers, and even social workers are on this list. 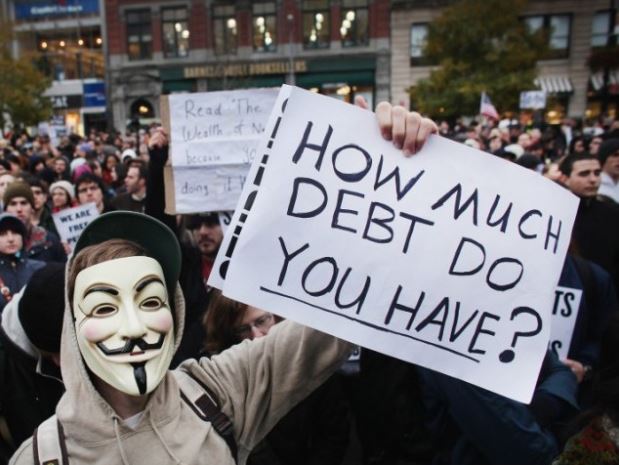 As the trends of student loan debt increases, one of the major concerns is mental health. According to a 2015 study from the University of South Carolina, the looming threats of student loan debt can cause increased stress levels and feelings of depleted health – which can lead to depression.

According to a 2013 study published in Anxiety, Coping and Stress, found that “those with greater financial strain perceived more stress, had more symptoms of depression, anxiety, and ill-health.”

Poor mental health has a connection to numerous afflictions, including high diastolic blood pressure (which can increase the risk of hypertension and stroke), weight gain, and even substance abuse and alcohol abuse.

The study explained that these feelings are strongest in college and post-grad individuals in the 25-to-31-year-old bracket. Which means that there could be millions of people with poor mental health, purely because they are worried about their student loans.

Where to go from here

The bottom line is that student loan debt sanctions need to be changed in the US to help out the country’s citizens. This is not a small number of affected people – this represents millions each year, making it a very noteworthy cause.

Thankfully, states are slowly, but surely, removing laws that take away occupational licenses in the event of defaulting on loan debts.

Recent presidential candidates like Hilary Clinton and Bernie Sanders also ran on platforms that aimed to make college free to citizens like many countries around the world. Clinton, in particular, wanted this to benefit low-income families earning less than $125,000 a year according to her campaign website. Sanders wanted to reshape the whole system – allowing for readjusted loan rates and by making education free for everyone by imposing higher taxes on Wall Street.

The only other alternative is to have a new generation of people burnt out and unable to work, which will be extremely harmful to the US economy.