OPINIONS Mugabe: A defiant founding father who refuses to go

Mugabe: A defiant founding father who refuses to go 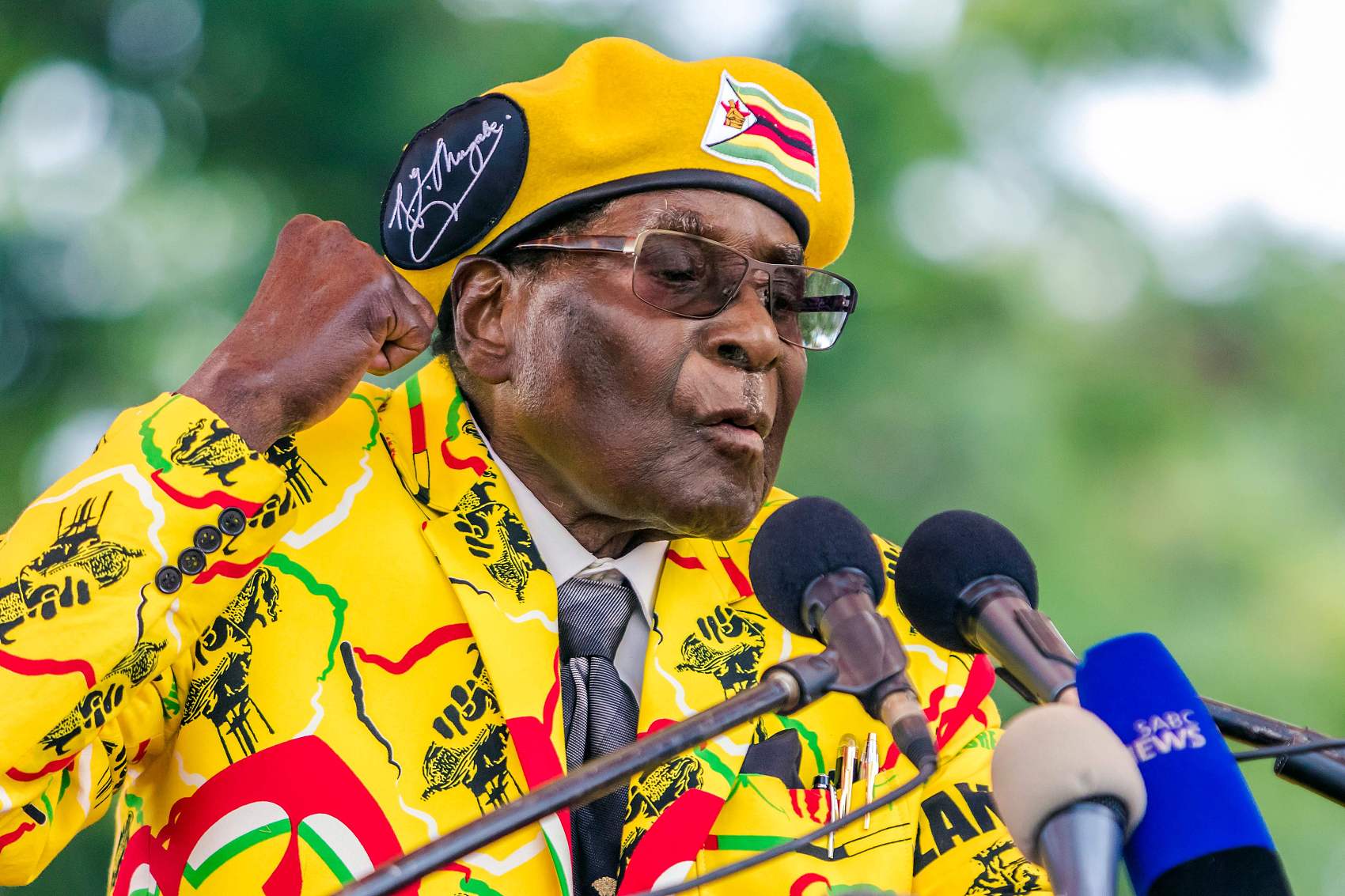 To many, the sacking of Robert Mugabe, the founding father of Zimbabwe, as its chief by the ruling party ZANU-PF wasn't probably a shock at all. Rather, his defiance and reluctance to resign as president on his televised speech Sunday may have surprised many. He did acknowledge factionalism in the ruling party in his speech, but didn't mention his wife, Grace Mugabe, who was also expelled from the party.

Mugabe said he will preside over the ZANU-PF congress in December, but it is not clear how Mugabe can do that, as the party announced that they would impeach him if he did not resign by midday Monday.

It seems the 93-year-old president has slowly turned his career from stages of triumph to tragedy during his 37-year rule in Zimbabwe. He was considered a great revolutionary hero often mentioned together with  "giants" such as Tanzania's Julius Nyerere and Zambia's Kenneth Kaunda.

But future generations probably won't remember him as much for his liberation struggle for Zimbabwe and Africa as his mismanagement of the country's economy and misconduct that deepened factional divides within the ruling party. From the day the military takeover unfolded, the unusual calm of the Zimbabwe people said it all.

When Zimbabwe won independence in 1980, many Zimbabweans had high hopes. They dreamed of living a decent life soon after being "masters of their own." But almost 40 years has passed, and that dream remains a dream.

According to the World Food Programme, at the peak of the 2017 lean season, 4.1 million Zimbabweans were estimated to be receiving food aid and 63 percent lived below the poverty line. With pervasive high unemployment rates, many young people were forced to leave their homes and seek employment in neighboring countries. From breadbasket of Africa to African basket case, Zimbabweans have probably suffered long enough in poverty and lived in despair.

For a long time, Mugabe had not taken sides, at least not in public, on the power struggle between relatively old political elites who had fought in the independence war, represented by former vice president Emmerson Mnangagwa, and a new generation of politicians represented by Grace Mugabe, even though he systematically dismissed veterans of the liberation struggle from party posts in recent years.

But his decision to dismiss Mnangagwa, once considered the most likely successor to Mugabe, was seen as the final assault to many of his old party allies, including the military and the country's powerful army veterans organization, once all loyal to Mugabe.

It was Obert Mpofu, the former mining minister who once described himself as Mugabe's most obedient son, who officially opened the ruling party's meeting in Harare. His announcement of the party's decision to expel Mugabe also received a standing ovation and support as shown in social media. Mugabe probably never expected his own comrades to turn against him.

In the past, the opposition MDC-T party failed to impeach Mugabe, but when the ruling party - which has an overwhelming majority in both houses - prepares to do so, Mr. Mugabe probably knows that his situation is tenuous.