OPINIONS Multilateralism a banner, not a pretext

Multilateralism a banner, not a pretext

By He Dan | People's Daily app

Head-of-state diplomacy was abundant and fruitful in April. President Xi Jinping addressed three important international occasions, exchanged with several heads of state via telephone or letters, and delivered manifold messages. One of his key words is multilateralism. 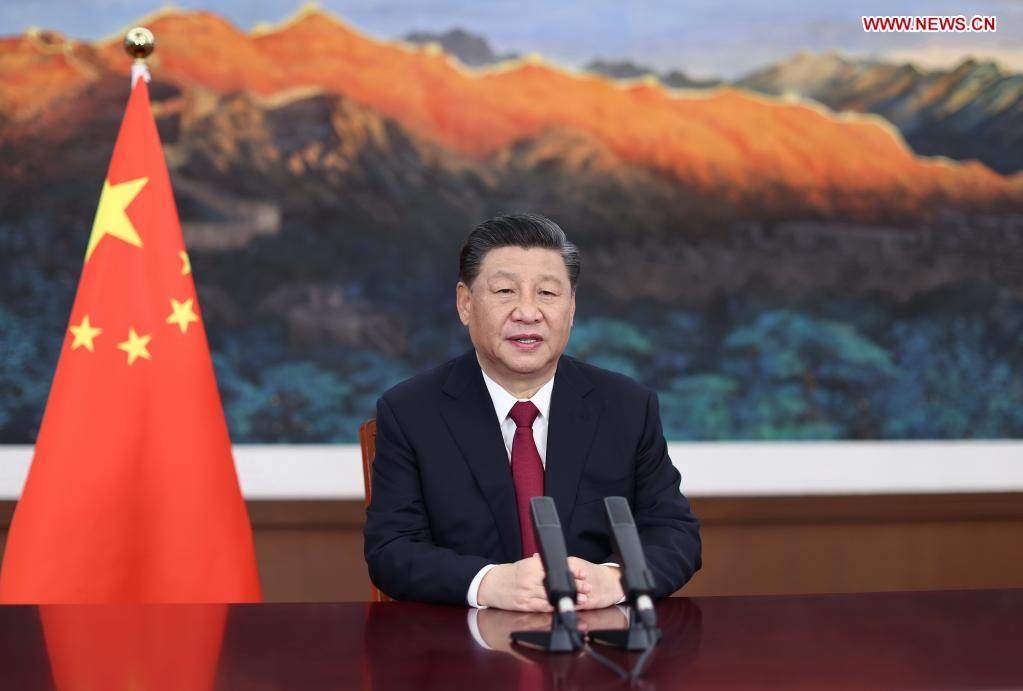 President Xi Jinping delivers a keynote speech via video at the opening ceremony of the Boao Forum for Asia (BFA) Annual Conference 2021, on April 20, 2021. (Photo: Xinhua)

In recent years, unilateralism and protectionism have risen, and "selective multilateralism" argument has gained a loud voice. The international community needs to thoroughly clarify what multilateralism is.

At the Boao Forum for Asia Conference 2021, President Xi Jinping clearly said that we need to "uphold true multilateralism, and make the global governance system more fair and equitable", which clearly reflects the common aspirations of the international community.

In a globalized world, the international community lives as an interconnected whole. The only way to address the various challenges in our world is for countries to uphold and practice true multilateralism.

Many basic tenets of Xi Jinping Thought on Diplomacy, such as to build a community with a shared future for mankind, build a new type of international relations, reform the global governance system, and promote the Belt and Road cooperation through wide consultations, joint contributions and shared benefits, all consolidate the theoretical basis for upholding multilateralism.

China will continue to stand on the right side of history, seek the common interests of overwhelming majority of countries, stay committed to true multilateralism, and promote the building of a community with a shared future for mankind with all countries.

(The author is an Assistant Research Fellow with Xi Jinping Thought on Diplomacy Studies Center.)