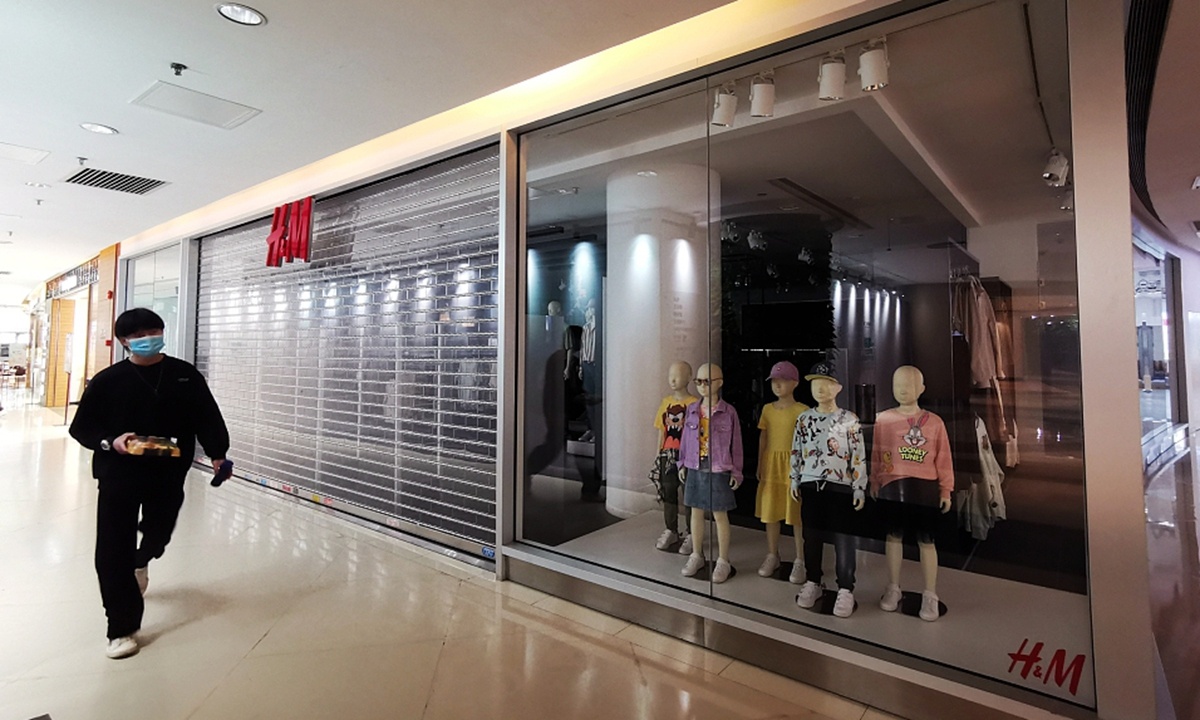 A recent article in The New York Times said that Chinese consumers' anger toward some Western companies such as H&M and Nike over their irresponsible and inappropriate remarks over Xinjiang cotton has given Chinese brands a chance to win and China's young generation is "more nationalistic" and "actively looking for brands that can align with that confidently Chinese identity."

This view has been echoed by some US elites on Twitter who said that Chinese nationalism may be the most powerful driver of decoupling.

Consumers in any country are powerful, not only in China. In 2016, the company Airbnb apologized for its slow response to accusations of racism and outlined new policies to combat the problem after social media frenzy over an Airbnb host who declined a request for a reservation from an African American consumer.

Learning to respect local consumers should be necessary homework multinationals need to do. When there is a clash, companies should look for what is going wrong with themselves. But why does it become the problem of consumers when they come to China?

For quite a long time, Western opinion has been using the term "nationalistic" to describe China to shape the country as aggressive and exclusive, as this fits the West's stereotyped image of China as a threat. Based on Western logic, China must develop according to Western ideologies and values, or a rising China is a disrupter of order and a threat to world peace. And the West's expectation of the Chinese people is that they must swallow the insult and humiliation silently. When the Chinese people behave not as expected but resist strongly, it labels them with a "nationalistic" tag.

US and Western elites are good at passing the buck to China amid China-West conflicts, such as accusing Chinese nationalism of being a driver of decoupling. But they turn a blind eye to the initiator of the conflicts - this time it is those Western brands which provoked China's core interests and played dirty politics.

It has nothing to do with nationalism. Every country has political sensitivities. In China, it is about respecting the country's sovereignty and territorial integrity. Western companies which do business in China are supposed to pay heed to these sensitivities and avoid crossing the red line to touch on the nerves of the Chinese people.

This principle holds true in the West as well. Western countries, including the highly politicized US, also have political taboos that their companies must keep away from. In the US, it is about racism, anti-Semitism, gender equality, LGBT rights, and stereotypes of certain groups. Suppose a company makes inappropriate remarks in the US, it is bound to face backlash from the Americans.

It is noteworthy that in the wake of the escalating Black Lives Matter movement in the US and across the world last year, personal care goods giant Colgate-Palmolive announced a review of its toothpaste brand Darlie, which is sold and marketed as "Black Man toothpaste" in several Asian markets. French cosmetics giant L'Oréal also announced it would remove words like "whitening" from its products as global anti-racism protests continued. These were typical examples of adhering to Western political correctness and they struggled for survival.

Chinese consumers would only abandon brands which politically offend them. If Western companies want to do business in China, they should abide by China's opinion red line as they abide by the political taboos in Western countries.

Chinese consumers will vote with their feet. H&M and Nike have themselves to blame. Not all Western countries are as senseless as them. Decoupling does not rest on a single company or two.

The author is an editor with the Global Times. wangwenwen@globaltimes.com.cn