OPINIONS Muslims have no reason to believe Western propaganda over Xinjiang

Muslims have no reason to believe Western propaganda over Xinjiang

The sole imperium of the unipolar world has long been making the best use of the religious sentiment of Muslim fraternity to subjugate their enemies on earth. Though the superpower itself is responsible for many massacres in many Muslim countries, never has it been ashamed of playing with their sacred sentiment to maintain its supremacy on the planet.

In recent years, the imperialist forces have played the religious card of Shia and Sunni in the Middle East and eventually razed many Muslim countries to the ground. 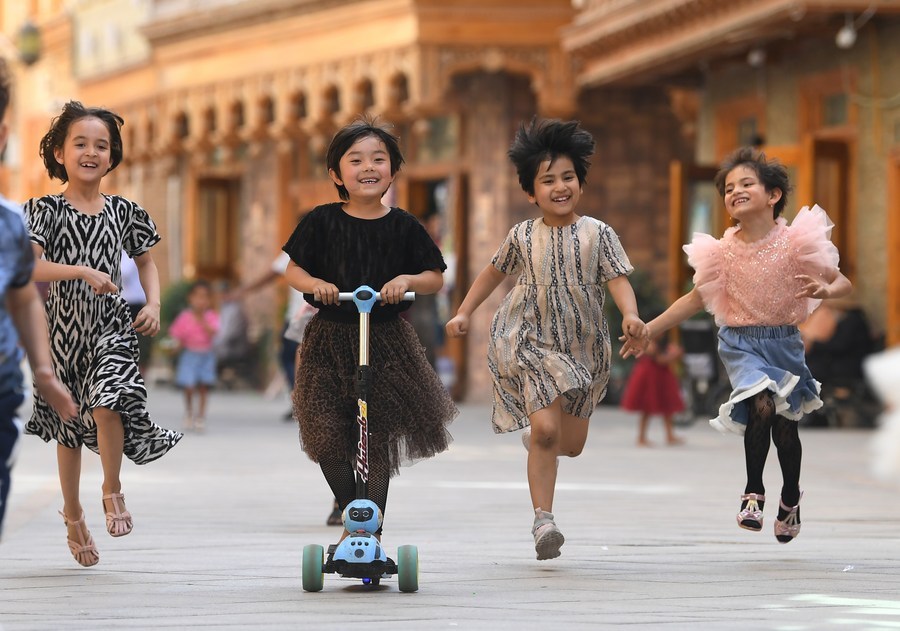 The imperialists are now up to their old tricks against China. They are playing Islamic religious cards to enrage Muslims against the second-largest economy of the world. Many biased media outlets have long been active in the efforts of turning Muslims against China by spreading fake news of so-called ‘Muslim oppression’ in Xinjiang. They want to draw Muslims into a confrontation with China by igniting their sentiment of Muslim brotherhood.

The media are, therefore, running one fabled story after another over Xinjiang. Their propaganda has reached such a high that some or other media break the news of so-called Muslim persecution almost every day. They never fall short of negative stories covering so-called “concentration camps,” forced labor and birth control, human and religious rights violations, and destruction of mosques, to name a few, without sharing a single positive story of Xinjiang to tell the world.

Analysts are of the view that by spreading fake news, the media are provoking Muslims to stand up against China. With such a provocation, they have no intention of doing any good for Muslims. They just want to use Muslims to hamstring the growth of China instead, therefore making Xinjiang their target. Analysts believe that for many reasons the media think Xinjiang is suitable for serving their purposes.

First, through spreading the so-called Muslim plight in the region, they want to turn nearly two billion Muslims against China, because Muslims are a huge market for Chinese goods, with China being the largest trading and major development partner of many Muslim countries. If the Xinjiang issue can create a split between Muslims and China, the second-largest economy of the world will have to suffer a huge setback and lose in the long run.

Second, the economy of China is production-oriented, and the country imports energy from some Muslim nations. If the ties between China and Muslims are strained for the Xinjiang issue, it can badly harm the energy import and result in a reduction of production and exports of China.

Third, China has established pipelines to intake energies from Russia and other sources across Xinjiang. The country has good connectivity with some Muslim nations beyond the borders of the region. If any sort of disability can occur in Xinjiang, the energy import and connectivity will be disrupted resulting in a huge blow to the economy and regional cooperation of China.

The Xinjiang Autonomous Region is abundant with natural beauty and resources including gas, oil and other minerals. Any kind of disturbance of peace and stability in the region will disrupt the extraction of the resources and arrival of a huge number of domestic and foreign tourists in the popular tourist spots of the region, shrinking the overall development of China.

In my eyes, Muslims are being provoked into a confrontation with China on the fake pretext of “Muslim persecution” in Xinjiang. A widespread propaganda campaign is in full force to ignite and drive Muslim sentiment against China, while the hands of patrons and visible beneficiaries of the propaganda are stained with the blood of millions of Muslims around the world.

As such, not only will such a confrontation harm China but also will similarly spell enormous losses to Muslims. Because China itself, with nearly one and a half billion population, is a huge market for Muslim countries. The confrontation can shrink the huge amount of Chinese investments in Muslim nations, resulting in unbearable damage to their economies. Thus the only superpower and its loyal media are hatching conspiracies to kill two birds with one stone of the so-called “Muslim oppression” in Xinjiang.

That’s why we, Muslims, have no valid reason to get tricked into believing the false stories over Xinjiang. The provocative stories are doomed to fall on deaf ears in the global Islamic community. No provocation can upset the lead-clad historic ties between Islamic and Chinese civilizations, because the ties have taken the current shape by going through many ups and downs over the centuries.

The author is a Bangladeshi journalist and columnist now based in Beijing, China.