JERUSALEM, Nov. 2 (Xinhua) -- As Israel and Jordan mark the 25 anniversary of signing a peace deal, the peace, which began with great hope, still hangs on a thread, if not for the mutual interests that bind them together. 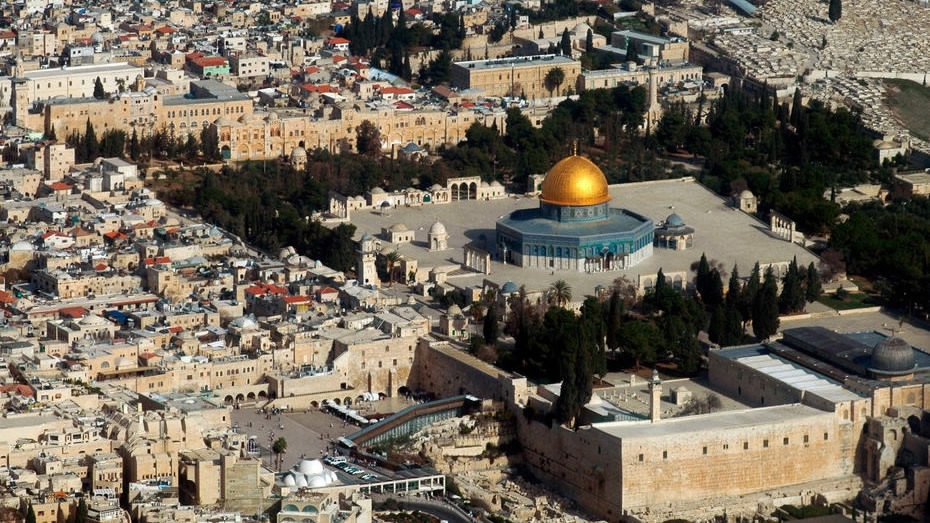 The peace between Jordan and Israel has been never a warm one. Some define it as cold, while others say that, at this point, it is probably frozen.

This is evidenced by Jordan's recalling its ambassador in Tel Aviv this week to protest against the detention of two Jordanian citizens by Israel.

The two have been held by Israel for two months without charges being brought against them. Jordan said they should be freed due to poor health, but Israel refuses to release them.

"As long as there is no dialogue on the highest level, we will continue to skip between one crisis to another," said Oded Eran, a former Israeli ambassador to Jordan and a senior research fellow at the Institute for National Security Studies in the Tel Aviv University.

"Cutting diplomatic relations will harm both countries," Eran told Xinhua. "There will be more crises and symbolic countermeasures, but the strategic interest to maintain the relations remains."

For Israel, the relations with Jordan are one of the few it has with an Arab country. Its longest border is with Jordan, which is critical to Israel's defense and geopolitical position.

"As Iran and Turkey pose a major security and political challenge, Israel needs to foster relations with Arab countries in the region," Eran explained, adding "Jordan serves as a buffer between Israel and the areas of instability in Syria and Iraq."

For Jordan, Israel is one of the main anchors of its defense policy. Covert security ties between Israeli and Jordanian officials are ongoing, despite the tensions.

"These relations are critical, they cannot be underestimated," said Yitzhak Gal, an expert on economy in the Middle East at Mitvim, the Israeli Institute for Regional Foreign Policies.

Israel's border with Jordan is the only one without international presence on it. The calm is beneficial for the residents on both sides of the border.

The main thorns in the relationship include Israel's continued conflict with the Palestinians and its settlement activities on the Palestinian territories in the West Bank.

In the past decade, Israel has increased its settlement activities in the area. The Palestinians denounced Israel for creating facts on the ground that hamper a future settlement.

"Jordan has ... anxiety that Israeli moves in the West Bank may cause a large number of Palestinians to flee to Jordan," Eran said.

With many Jordanians being Palestinian descents, the kingdom is wary of any unrest that may arise internally if a protest against Israeli action becomes violent or targes the government.

Matters become even more sensitive when the issue of Jerusalem takes over the center stage.

Jordan is the custodian of Jerusalem's Muslim holy sites, including the Al-Aqsa Mosque, which is one of Islam's holiest landmarks. Adjacent to Judaism's holiest site, the Western Wall, any move made by Israel is highly contentious and often incendiary.

Any clash in the tiny enclave immediately reverberates, causing tensions to rise between Amman and Jerusalem.

Often these tensions could be ironed out merely by better communication.

"Both Jordan and Israel fail to reach understandings and this is really not impossible, both sides are responsible for not doing enough and both sides share the blame," said Eran.

Another facet of the Israel-Jordan relationship is the economic one. For Israel, Jordan is a gateway for trade in the Gulf where countries do not formally recognize Israel.

This is critical for the Jewish state. However, Gal thought that Israel is neglecting this part of the relationship.

"It is not prioritized, (and) considered unimportant," he said. "Usually problems are addressed when it's too late."

One of these issues is water. Israel holds the solution to one of Jordan's main problems - water scarcity.

However, for a number of reasons, both political and environmental, Israel has been dragging its feet in this respect, to the dismay of the kingdom.

There are other thorny issues between the two countries, including a spat on leased territory that Jordan will reclaim next month.

The lease was to be renewed automatically, but Jordan objected, in another sign of the strained relations.

"Jordan is strategically important to Israel and Israel takes these relations for granted," Gal said.

Should the Israel-Jordan relations continue to take this course, there is little room for optimism. But as long as there are shared interests, it is unlikely ties will be completely severed, the experts argued.