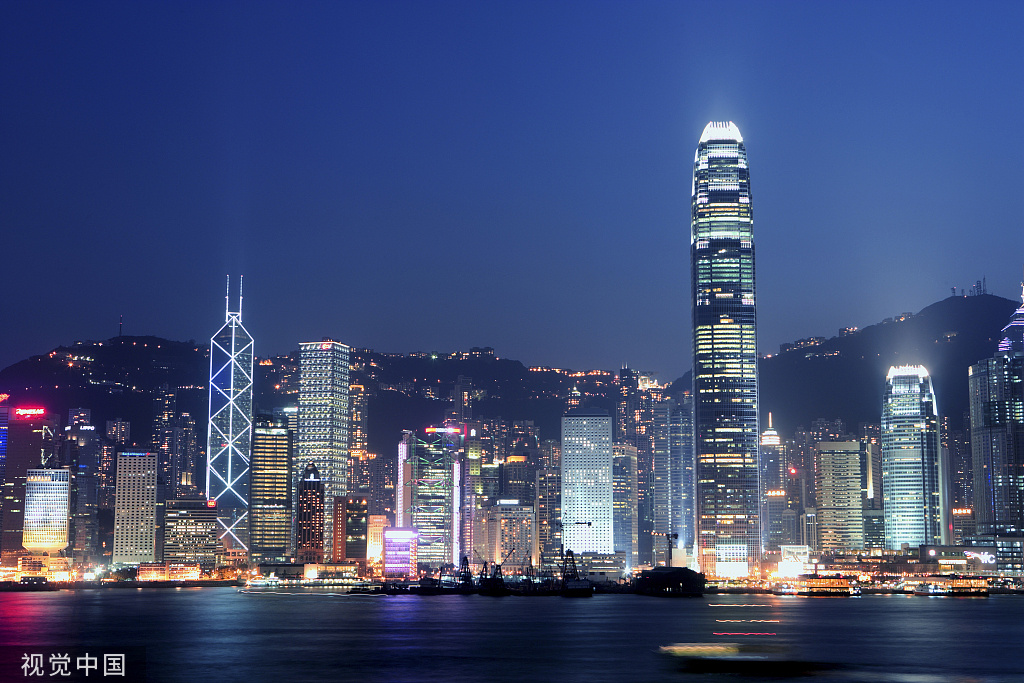 Although many sectors across the SAR society have welcomed the draft legislation, the opposition camp in Hong Kong with the help of anti-China forces within the city and external forces will try to disrupt peace and law and order. In fact, such forces, including separatists, have unleashed violence in Hong Kong since the middle of last year, apparently in opposition to the now withdrawn amendment to the SAR's extradition law.

It is therefore important for all Hong Kong residents to understand the security threats the city faces from the disruptive forces, in order to fully appreciate the proposed national security legislation. To begin with, the proposed legislation is designed to strengthen "one country, two systems" by preventing foreign and external forces from interfering in Hong Kong affairs and thus plugging a major national security loophole in the SAR.

The "one country, two systems" framework was designed to safeguard national security and interests and promote the economic development and prosperity of Hong Kong and its residents. From the institutional perspective, the "one country, two systems" principle is a changing interactive political process which accords priority to Hong Kong's prosperity and attaches equal importance to sovereignty and national interests.

In the 23 years after its return to China, Hong Kong has made great achievements. But rising trade protectionism, anti-globalization and populism in some economies, and growing frictions in the international community have posed a severe challenge to China in safeguarding its national security and interests.

Without national security legislation, Hong Kong can no longer overcome the various security challenges. The indiscriminate violence, including riots and acts of terrorism, that Hong Kong has witnessed since the middle of last year have made a national security law all the more necessary.

The proposed national security legislation will help meet these new, emerging challenges, by strengthening "one country, two systems". And even if the new national security law has some short-term impacts on the business environment in Hong Kong, it will ultimately promote Hong Kong's social stability, economic transformation and industrial upgrading, while helping it better integrate into the Chinese mainland's overall development.

Due to its economic prosperity, Hong Kong was the bridgehead for the mainland's reform and opening-up, but it has faces problems in integrating into the overall national development process as the mainland has gained in economic strength and expanded its international influence. In addition, Hong Kong could not meet all the challenges created by anti-globalization, protectionism and the global economic setbacks in recent years.

Due to the mayhem committed by the rioters since last year, Hong Kong dropped from the top 10 to No 20 in the Safe City Index 2019 of the Economist Intelligence Unit. Worse, the novel coronavirus pandemic pushed Hong Kong into economic recession in the first quarter of this year.

Since 2003, the central government has introduced programs such as Hong Kong free tour and Shenzhen-Hong Kong Stock Connect to inject new vitality into the SAR's economy, particularly in its financial sector. Also, Hong Kong still has great development potential as a bridge between the mainland and countries participating in the Belt and Road Initiative and as a key player in the Guangdong-Hong Kong-Macao Greater Bay Area.

The politicization of the SAR's integration into the overall national development process and mainland-SAR exchanges has created some development obstacles, which the proposed national security law is designed to address.

The new legislation will also help deepen Hong Kong people's sense of national identity. Under "one country, two systems", Hong Kong has retained its previous institutions, which have impeded a series of decolonization measures. Also, secessionist and subversive forces have tried to weaken the links between Hong Kong and the motherland, especially through media and education channels.

The disparate syllabi have deviated education from the right direction in many schools, which have spread the idea of "Hong Kong independence", leading to violent protests. Some textbooks have misinterpreted history to blur Hong Kong residents' national identity. And some youths, due to their misunderstanding of history, joined the violent protests last year.

The new national security law can help reform Hong Kong education and guide it in the right direction, instilling among students a sense of national identity and respect for the nation. Only through this way can Hong Kong emerge out of its present predicament.

The new legislation is also expected to help Hong Kong advance toward long-term stability and prosperity under "one country, two systems" and enable its residents to better enjoy their lawful rights and freedoms in a safe environment.

The author is an associate professor at School of Government and Public Affairs, Communication University of China.