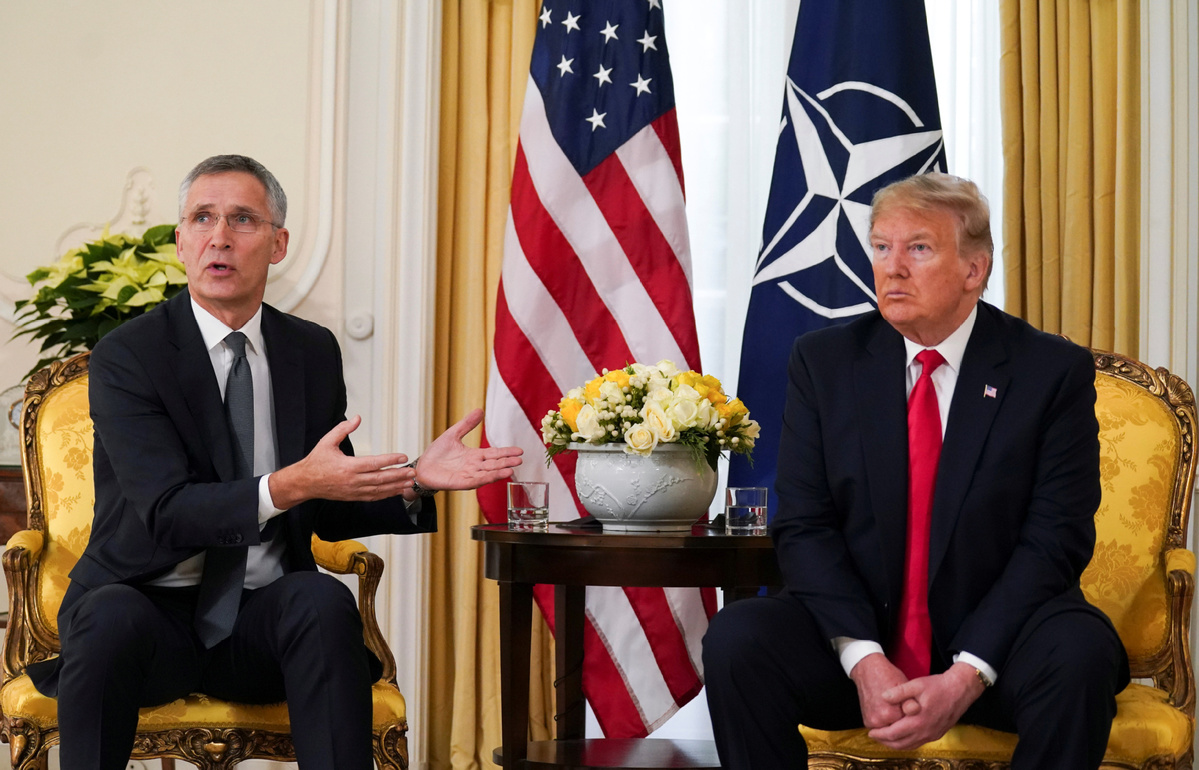 Not surprisingly, given what happened at the last two summits before this one, the 70th birthday gathering for North Atlantic Treaty Organization being held in London on Tuesday and Wednesday has once again been dominated by bickering over who pays what.

Although the 28 non-US parties have agreed to shoulder more of the funding for the trans-Atlantic security alliance's smaller in-house budget of about $2 billion, which mainly covers the daily operation of its headquarters in Brussels, that has been far from enough to appease the US leader, who is still calling for "fairer" sharing of the organization's military budget of about $1 trillion a year, of which the US says it pays about 70 percent.

The US leader is demanding all the other members increase their defense budgets to 2 percent of their gross domestic product as soon as possible, but so far only nine, mostly small countries, have done so.

But it is not just wrangling over money that has exposed the growing cracks in NATO but also the differing views among its members over its purpose and relevance.

The French president has said that the organization is "brain dead", which is to be expected given the cohesion among its members was from shared security concerns during the Cold War. With that glue no longer holding them together, NATO is feeling the strain of its weakening legitimacy foundation.

Apart from assisting the US in its baseless military actions in Iraq, Afghanistan and Syria, the organization has proved inept in handling the acute unconventional security concerns confronting the West, particularly terrorism.

Instead, guided by a headstrong Washington, it is now hellbent on militarizing one after another new fields after the land, sea and air — cyberspace in 2016 and space this year — and searching for new enemies so as to justify its existence and serve the US' phenomenal military spending.

So it is also unsurprising, that China has appeared on its radar as a potential adversary, despite it being an independent party in the Cold War and far from NATO's doorsteps. The organization's latest report views China's growing military strength as a challenge.

Citing China's defense-oriented military modernization and peaceful and legal development of the North Polar region, as well as its win-win cooperation in Africa, NATO seems intent on justifying its existence with imagined threats.

The internal tensions and external split of the bloc cannot be resolved by haggling or reform, as fundamentally they originate from NATO being divorced from reality, as it continues to view the world from a Cold War perspective and cannot shake itself free of the US' hegemonic schemes.