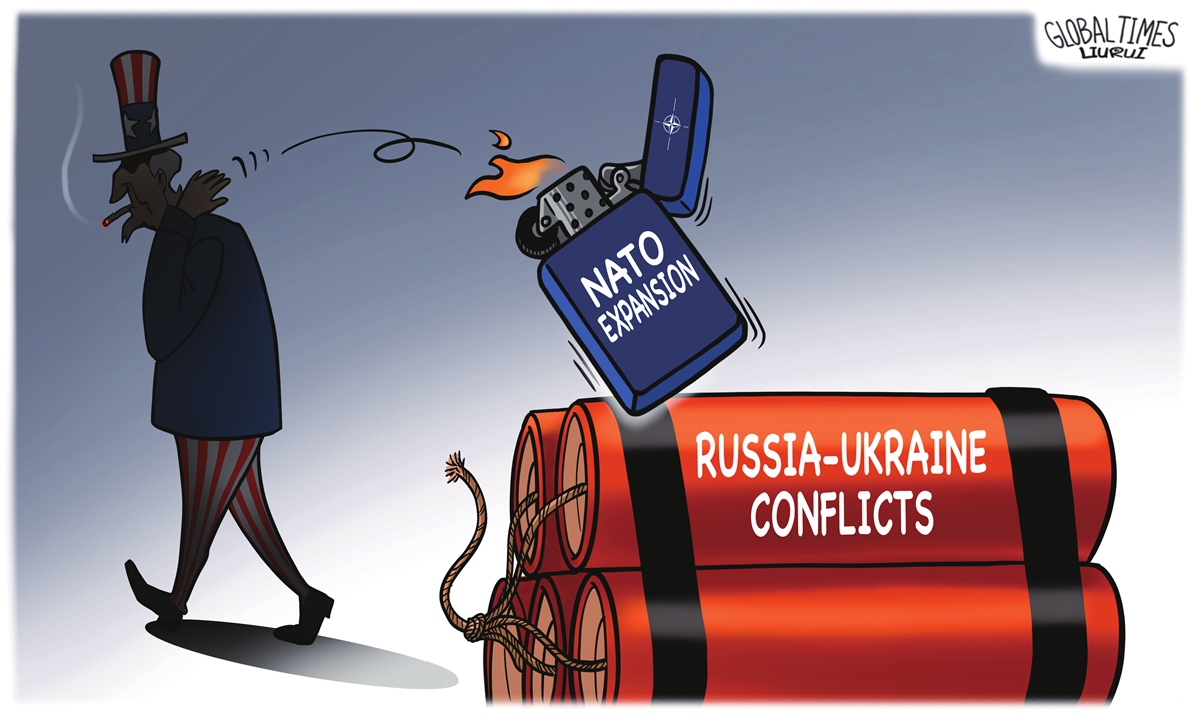 "We have not yet created the security architecture that would address the situation change after the collapse of the Berlin Wall… The war in Ukraine is the consequence of this political failure," said former German chancellor Gerhard Schroeder during his recent tour to Turkey.

Within the framework of "strategic autonomy" of the EU, the biggest challenge for the bloc to establishing a new European security framework is NATO which is currently dominated by the US and the UK.

Provoking geopolitical crises, hyping up political issues that are legacies of the Cold War, which are based on so-called democratic values, and strengthening the Eastern European countries' hostility against Russia have become the trump cards for NATO in order to maintain its tight grip on European security. As the EU is, thus far, unable to provide the continent with effective security guarantees, relying on the US-dominated NATO has become an inevitable option for most Eastern European countries.

The UK and the US share a highly consistent stance to weaken the unity of the EU. Since the outbreak of the Russia-Ukraine conflict, the UK has proactively intervened. It rushed to the forefront, trying hard to incite Central and Eastern European countries such as Poland to provoke a confrontation between Russia and Ukraine with the purpose of inflating the strategic costs of major European countries including Germany and France.

Therefore, how to deal with diplomatic constraints from Anglo-Saxon countries such as the US and the UK is a core issue for the EU to face when it comes to a European security mechanism. Establishing a new European security framework has become the most urgent strategic task for the EU.

The EU must earnestly strengthen its strategic awareness of independence, and build a strategic framework and create solutions based on both European history and reality, to face potential geopolitical and regional security crises.

Thirty years have passed since the end of the Cold War, however, the binary opposition in European political culture, "West vs. non-West," still lingers in mainstream political discourse in Europe. However, under the NATO security mechanism, which is dominated by the Cold War narrative, allies often become toxic friends while the EU, from time to time, becomes the scapegoat for bad US foreign policies. The Americanization of political ideology in Europe has led to the fact that political common sense has turned into a scarce resource in EU's foreign policy.

As far as the Russia-Ukraine conflict is concerned, Russia is not only a neighbor that cannot move away from the EU, but also provides fundamental guarantees to the EU's energy needs and people's livelihoods. Is it so difficult to respect the core interests of Russia, expand the basis of common interests of the two sides, eliminate historical grievances, and offer Europe a future with more choices?

As it is known, the EU was developed from war-torn European people with the common purpose of pursuing permanent peace under the principle of respecting the principle of national and cultural diversity. Regrettably, in the field of foreign policy, the EU's concept of peaceful coexistence has yet to be strengthened.

If the EU wants to keep the initiative of maintaining regional security firmly in its own hands, simply raising defense spending is not the solution.

On the one hand, the NATO, as led by the US and the UK, will not allow Europe to go too far on the path of building an EU-oriented security mechanism. Actually, the US has a variety of policy options and means to provoke a security crisis in Europe. Washington still has inestimable political influence in Europe.

On the other hand, the EU is heavily reliant on the NATO-centered security mechanism. There are fundamental differences when it comes to the interests of different EU member states. In this era of drastic changes, what the EU needs to implement the political will of "strategic autonomy" and establish a new security mechanism for the future is not microphone politicians, but true statesmen who dare to make a difference.

It is hoped that the Russia-Ukraine conflict can serve as a profound warning to European political circles to make a difference before a more fundamental political crisis ensues.

The author is a scholar at Shanghai International Studies University.