OPINIONS NATO shouldn't be a bloc on road to peace

NATO shouldn't be a bloc on road to peace 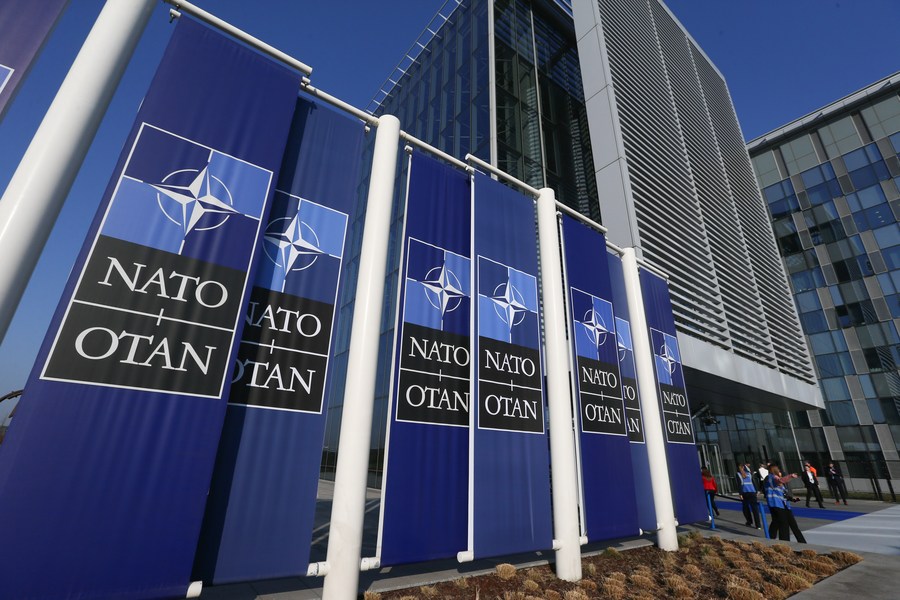 While most organizations are evaluated and undergo reforms as time goes by, the North Atlantic Treaty Organization has not. It sees itself as sacrosanct and silences any criticism against it. In the Western media, it is always called the "defensive" alliance. It does not see itself as party to a conflict with Russia, but rather as an innocent property owner protecting itself against burglary. This frees it from co-responsibility for the present sorry state of affairs.

The proxy NATO-Russia conflict playing out in Ukraine is grossly asymmetric. NATO is an entity made up of 30 economies with at least 12 times higher military expenditure than Russia. In fact, former NATO secretary general Anders Fogh Rasmussen recently boasted that "Putin knows that NATO spends 10 times more than Russia and NATO can beat him into a pulp". Quite sensational given that NATO has always told the world that Russia is a formidable threat to the West.

Despite losing its raison d'etre in 1990, NATO has been expanding both horizontally and vertically, becoming ever more militarist. It has broken all the promises it made to the last Soviet leader Mikhail Gorbachev that it would not expand "one inch" beyond its then existing boundary.

All Russian leaders have protested against NATO's expansion. So have eminent, knowledgeable security experts, former US politicians and ambassadors to Moscow. And no opinion poll in Ukraine has ever shown the majority of Ukrainians supporting NATO membership.

Incumbent NATO Secretary General Jens Stoltenberg said ad nauseam that countries must freely choose their security partnership. But NATO never let Ukraine do so. Since 1991, NATO has been wooing, arming, financing, integrating and aiming at only one security arrangement for Ukraine: NATO membership.

While the West keeps blaming Russia for the conflict with Ukraine, NATO is responsible for the underlying conflict, the conflict over the right to feel secure around one's border and not be encircled. No NATO state would accept what NATO expects Russia to accept.

Ukraine would have been one member too many of the increasingly autistic alliance called NATO. Militarism has become the West's new secular religion, NATO its church and the NATO elites with their intellectually empty summits as the congregation: You shall have no other god but NATO!

NATO no longer bases itself on intellectual analyses. It states and postulates. Deterrence on which it builds is basically an offensive concept; it includes the ability to harm and kill the other on its territory — the opposite of common security and defensiveness. NATO's "defense" ultimately rests on the right to first use of nuclear weapons even against a conventional or cyber attack. It has only one answer to every problem: more weapons.

The Western military alliance postulates threats and challenges, it does not argue them. China is a "challenge "because it has different interests and values. This means NATO believes in universalizing Western/Occidental values, making others like itself. The real problem, however, is that NATO/the US cannot live without enemies. It seeks confrontation, not cooperation. At its moment of decline and coming fall, the West stands together in hate, enemy-making and armament — all negative energy — not in a vision of a better future.

Since 1949, when it was formed, NATO has squandered trillions of dollars of taxpayers' money, without being able to make member states feel secure or restoring peace in any place. NATO has 8 percent of the world's population but accounts for 57 percent of global military expenditure.

We are closer than ever to a major war, so the world must ask NATO: Why have you failed so miserably and what shall we do now — together? It's a politico-intellectual task, not a military challenge to match.

There are other questions: The Soviet Union sought to become a member of NATO in 1954 — so did Gorbachev, Boris Yeltsin and Vladimir Putin. Why has the door always been closed to non pro-US members? And how can an organization whose treaty is a copy of the UN Declaration (with Para 5 about mutual defense added) violate its own treaty every day and, for example, bomb Serbia and Kosovo, Libya and now expand violently into Ukraine?

China must take another nasty factor into consideration: NATO's evolving globalization. It has 30 members, and future members have to be European. But it also has 40"partners" across continents. It's the main US tool for maintaining global dominance. Now, the US is a declining empire bound to fall but it can still do a lot of harm to other countries before that happens.

The sad and risky fact is that the West does not have a single leader who can be trusted to preside gracefully and peacefully over that process. Gorbachev could have used weapons, even nuclear weapons, after sensing the Soviet game was over. But he was a man of ethics with a constructive vision about a new European conflict-resolution structure. NATO cheated him.

The most dangerous aspect of the West's crisis is the vicious circle of moral and intellectual disarmament and ever more military armament and militarism.

Therefore, we must all do what can be done to advocate defensive defense, common security, early warning, mediation, civil conflict-resolution, a much stronger UN, peace academies and peace education. For our global common good, survival and peace.