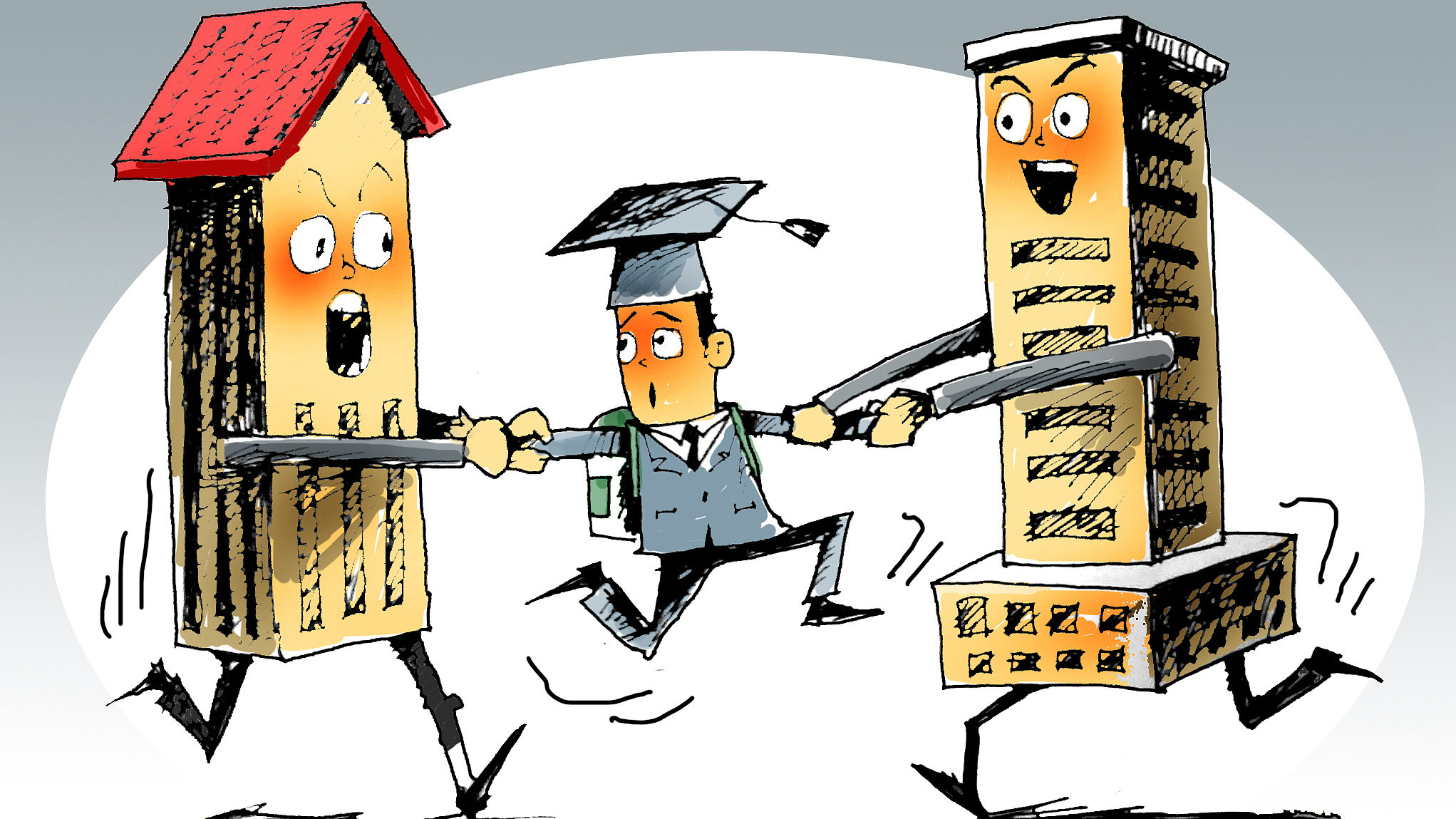 Since May, another round of “battle for talents” activities among China's second-tier cities have begun again, with the launch of new policies designed to attract and retain skilled residents in Tianjin Municipality and Hainan Province.

In fact, this is the continuation of the first wave of the talents-attracting movement launched in second-tier cities like Guangzhou, Chengdu, Xi'an, Hangzhou, Nanjing and Qingdao since last year. 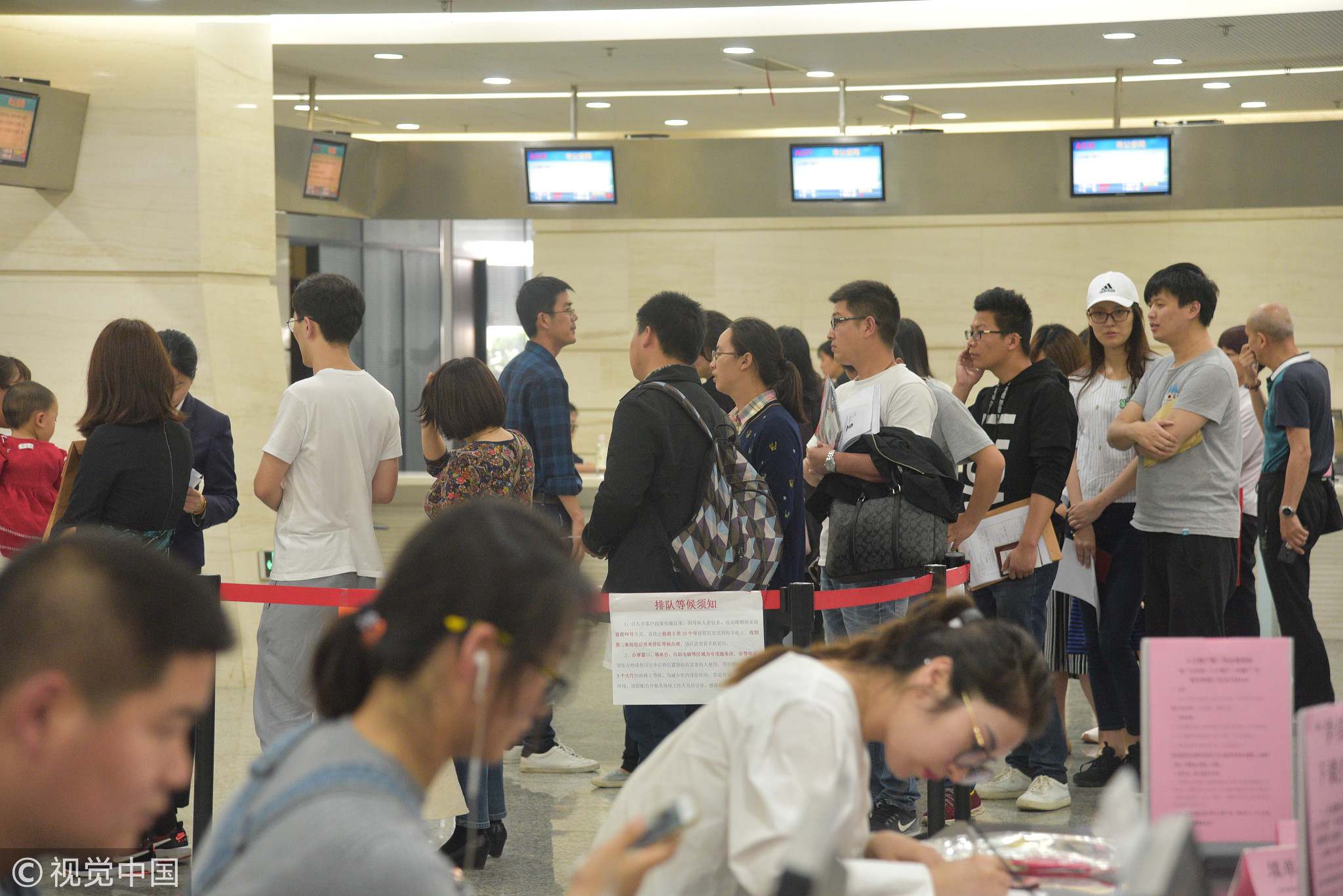 May 23, 2018: Citizens were waiting to get the household registration at the Nanjing Municipal Service Center in Jiangsu Province. (Photo: VCG)

Although different regions are interested in attracting talented people through various new policies, the risk of bubbles triggered by these policies has already been revealed. It is not conducive to leading innovation and development in major cities, and also has laid a negative impact on China's new round of opening up to the outside world.

For one hand, many cities use preferential policies (such as lowering threshold on household registration and providing house rental and entrepreneurship allowances) to attract talents but generally lacked the corresponding industrial support.

All kinds of talents lack a solid foundation to settle down and are prone to be trapped in the “only for hukou—a household registration document that confers a variety of social benefits, including healthcare and public schooling” circles.

Take Tianjin as an example, although it claims that it will mainly introduce talents in areas such as strategic emerging industries, artificial intelligence, and high-end manufacturing. 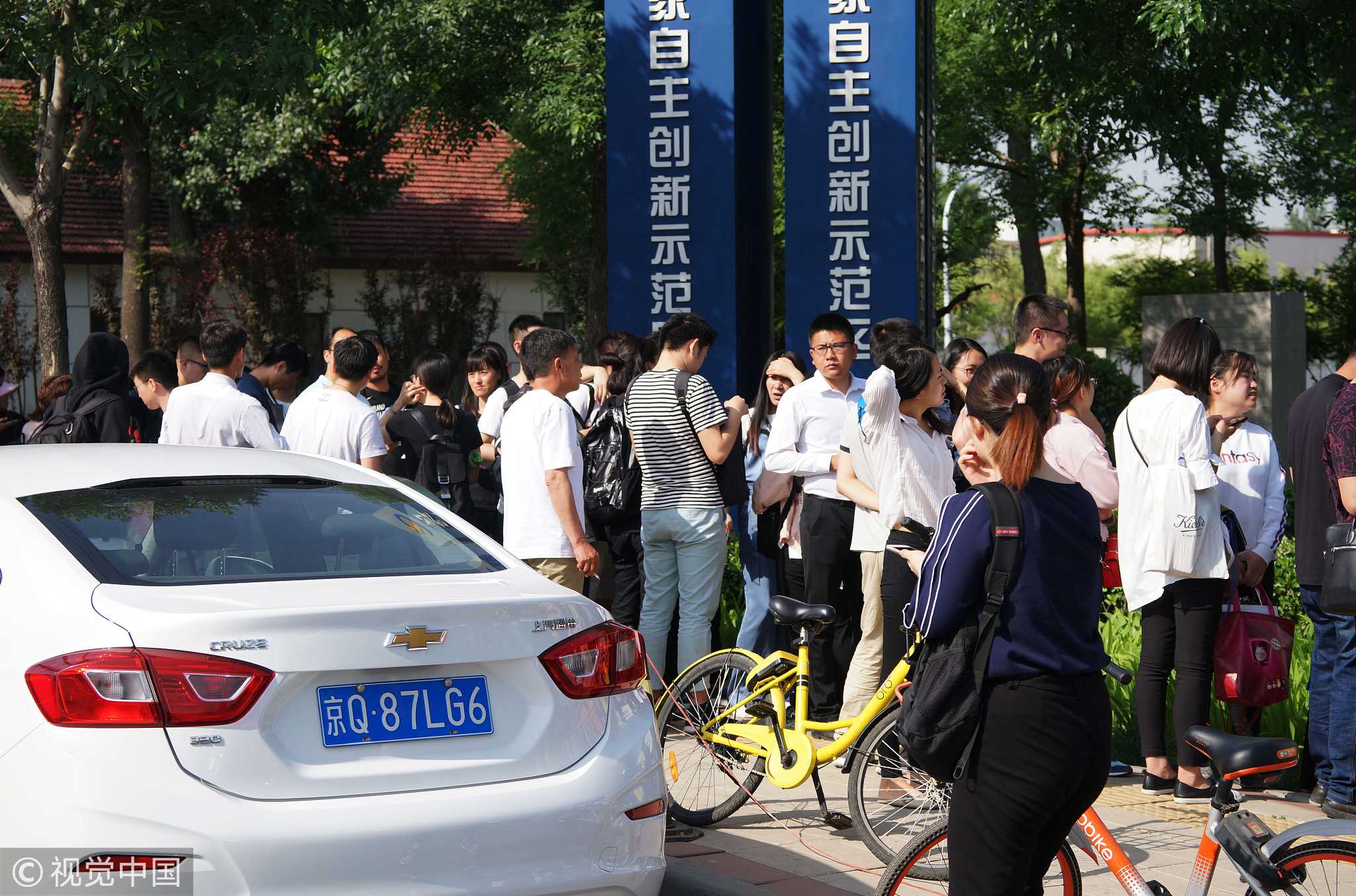 May 19, 2018: People queue outside the Administrative Licensing Service Center in Hexi District of Tianjin to apply for household registration. (Photo: VCG)

However, its advantages lie in its proximity to Beijing and its high admission rate in the college entrance examination, but not guided by the market demand for industrial development. This will make it impossible for all kinds of talented people to find employment in Tianjin.

Although many “Beijing drifters” (mainly refers to people who work or live in Beijing, but without having a city household registration) have settled in Tianjin, they will eventually return to Beijing for development.

On the other hand, the new talented-attracting policies are set with low thresholds. Although its original intention is to introduce talents, it is actually a kind of "circle of people movement" that will create a situation that "there are many people here, but no talents," just like in Xi'an, the largest city and capital of Shaanxi Province in central China, as well in Chengdu, southwestern China's Sichuan province did before.

Therefore, Tianjin and other places will be trapped in a dilemma that many people have become a local citizen (got local hukou).  But the truly urgently need elites in all walks of life are in short supply. 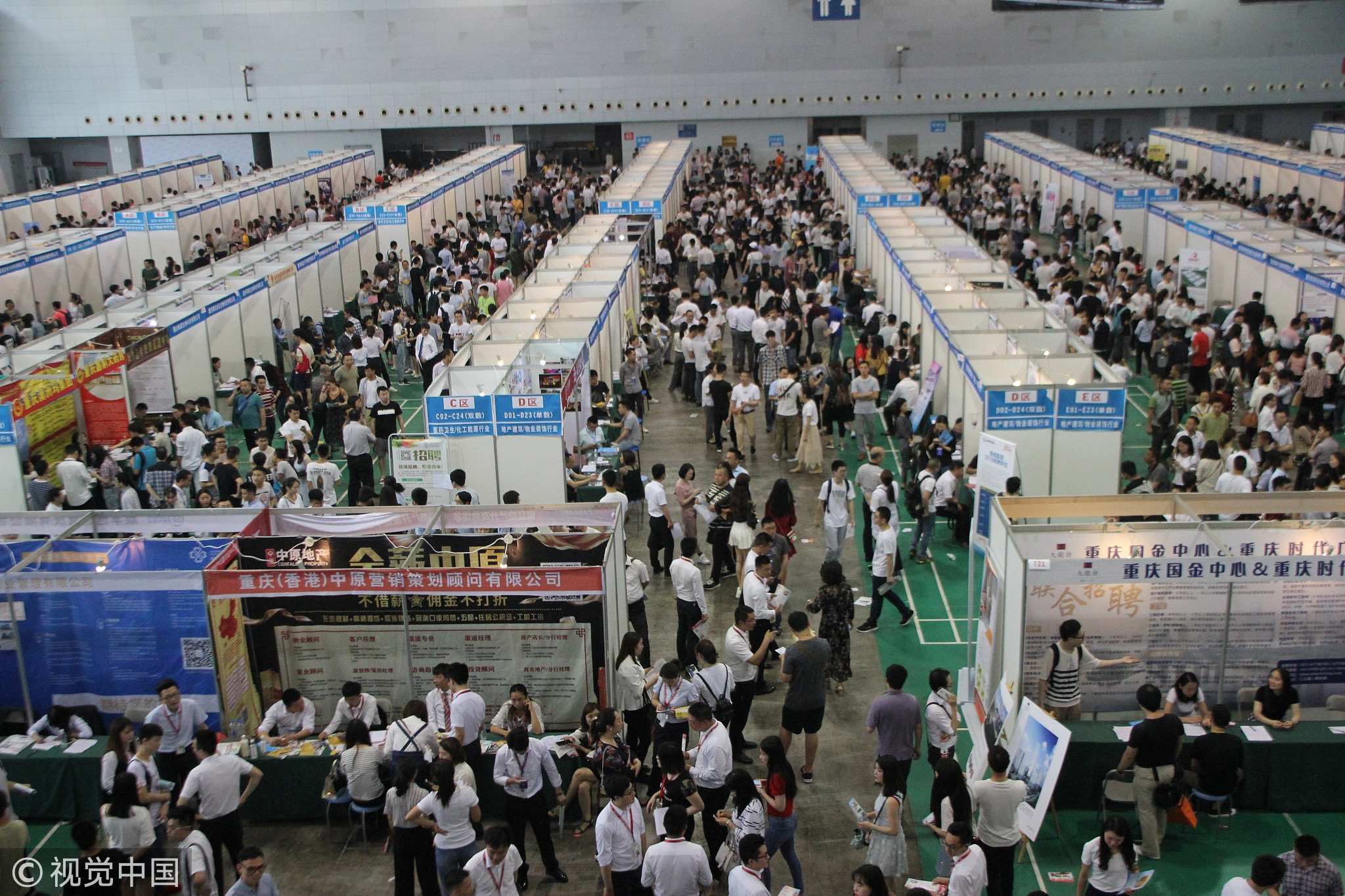 What's more, although cities have gathered a large number of talents in a short term due to the new policies, they cannot provide high-quality, adequate services and guarantees for all types of talents because of limitations in finance, government services and public facilities. This is easy to bring about psychological fall and up-set emotions to all kinds of real talents.

More talents have settled in Tianjin and other places, which means that more people's livelihood security, such as medical care, transportation, housing, and education are needed.

However, the localities cannot meet the “explosive” demand for population growth in the short term, especially in cities like Haikou, where the public facilities and services are far from supporting large-scale demand for talents.

The talent bubble will bring immense financial pressure to cities like Tianjin and Haikou, and it will also bring a test of the capabilities of public facilities and public services to various places, as well as trigger a new round of property market heating up. 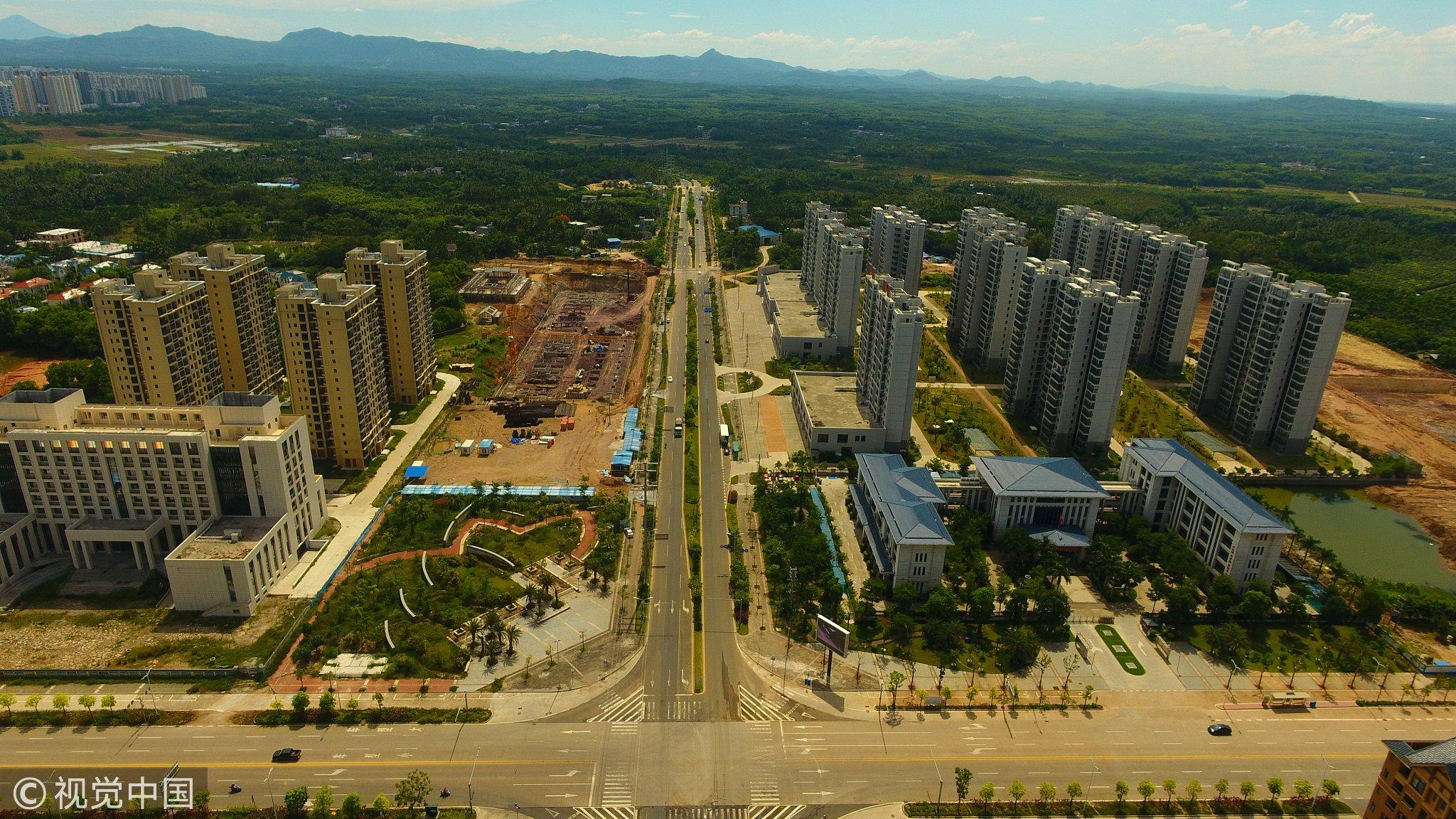 Recently, the new policy in Tianjin has caused a rapid growth of housing prices in the short term. Although Hainan, an island province of China, has issued a strict housing price control policy. The low-threshold for attracting talents undoubtedly opened a new window for the strict-controlled property market. The risk of reheating the property market has increased significantly.

Furthermore, the bubble triggered by the new policies will also lead to the “backflow” of talented people to Beijing, Shanghai, Shenzhen and other central cities where there are more public resources and opportunities. As a result, the innovative development in cities, such as Tianjin and Chengdu, will suffer an insufficient talent supply.

If the bubble of the new policies for talents continues to expand, it will not only damage the development of the local people but will also have a detrimental impact on the distribution of talent throughout the country.

As a result, the elites of all walks of life are not only unable to do their best but are also likely to be misled by the dazzling new policies everywhere.

In fact, places like Tianjin and Hainan have all shouldered the important mission of China to explore deepening reform and opening up. Whether or not they can genuinely attract useful talents is not only related to if they can take advantage of the coordinated development in the new round of regional development, but also is closely related to exploring China’s experience in deepening reform and opening up.

Therefore, all regions need to carefully evaluate the possible impact of the talent bubble and take measures to respond.