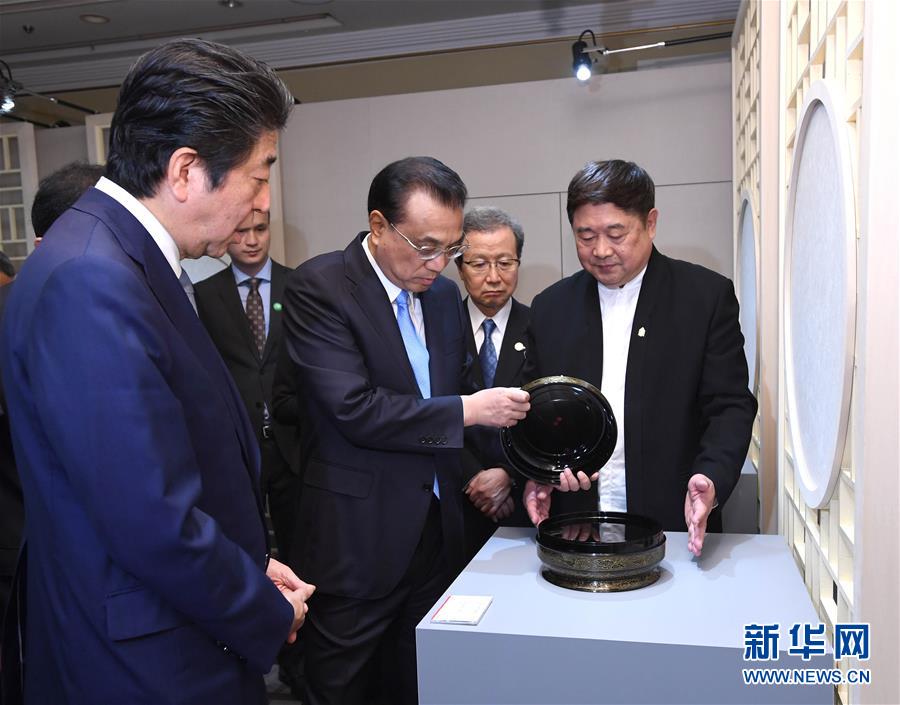 Chinese Premier Li Keqiang arrived in Tokyo this week for the China-Japan-South Korea leaders' meeting and an official visit to Japan, opening a new chapter in trilateral cooperation and Sino-Japanese ties. Japan has attached great importance to Li's visit, with the event being intensively reported by the media. The Chinese and Japanese publics are increasingly positive about the favorable turn and improvement in Beijing-Tokyo ties.
Prudence is another key word in analyzing Sino-Japanese relations where problems and instability factors have been widely noticed. The upward trend of bilateral ties is still fragile and needs to be carefully maintained by both sides.
The following deserves attention in protecting the hard-earned achievements. Firstly, public opinion should not be trapped in the mentality that the side more eager to improve ties is more dependent on the other. This is a pointless discussion and may lead to miscalculations. In fact both China and Japan have suffered diplomatic losses from their high-strung ties in the past few years. An improvement in relations conforms to the interests of both sides.
Secondly, China and Japan should properly handle China's rise. Tokyo should avoid actions that may be regarded as suppressing or containing China and respect Beijing's right to strengthen its national defense as a major power. China should understand Japan's sophisticated mentality and not provoke it. Both countries should avoid being oversensitive and misinterpreting the other's behavior.
Thirdly, the two nations should manage existing disputes and take fully into consideration the potential negative effect their words and deeds may exert upon the other. Both should enhance exchanges and mutual understanding. They should establish rules on issues of concern and resolutely prevent any contradiction jeopardizing overall bilateral ties.
Fourthly, both governments should take the responsibility of guiding the public to foster a friendly attitude toward the other. Given historical grudges, non-governmental forces are not as reliable as governments in establishing a friendly atmosphere for bilateral ties. The Chinese and Japanese governments should showcase their goodwill and consolidate the friendly public opinion environment.
Fifthly, cultural exchanges should be expanded. In recent years, China's cultural interactions with Japan have lagged behind those with the US and South Korea, and even behind the early days of China's reform and opening-up when Japanese movies were popular in China. There are many favorable market factors to resume and expand Sino-Japanese cultural interactions.
China and Japan should abandon a traditional geopolitical way of thinking and jointly explore paths to mutual benefit.
The huge gap in size determines that China's comprehensive strength will for sure surpass that of Japan's, but Japan has its own unique source of strength. The two neighbors have huge potential to be strategically compatible. Mutual exclusiveness will lead to major mistakes. Cooperation plays a vital role for the two nations in establishing positive and effective peripheral diplomacy.
If Beijing and Tokyo indulge themselves in negative feelings against each other, exterior countries will have opportunities and levers to drive a wedge between the two, and may even profit from Sino-Japanese confrontation. Promoting friendly cooperation is the most rational and sensible choice for Beijing and Tokyo.