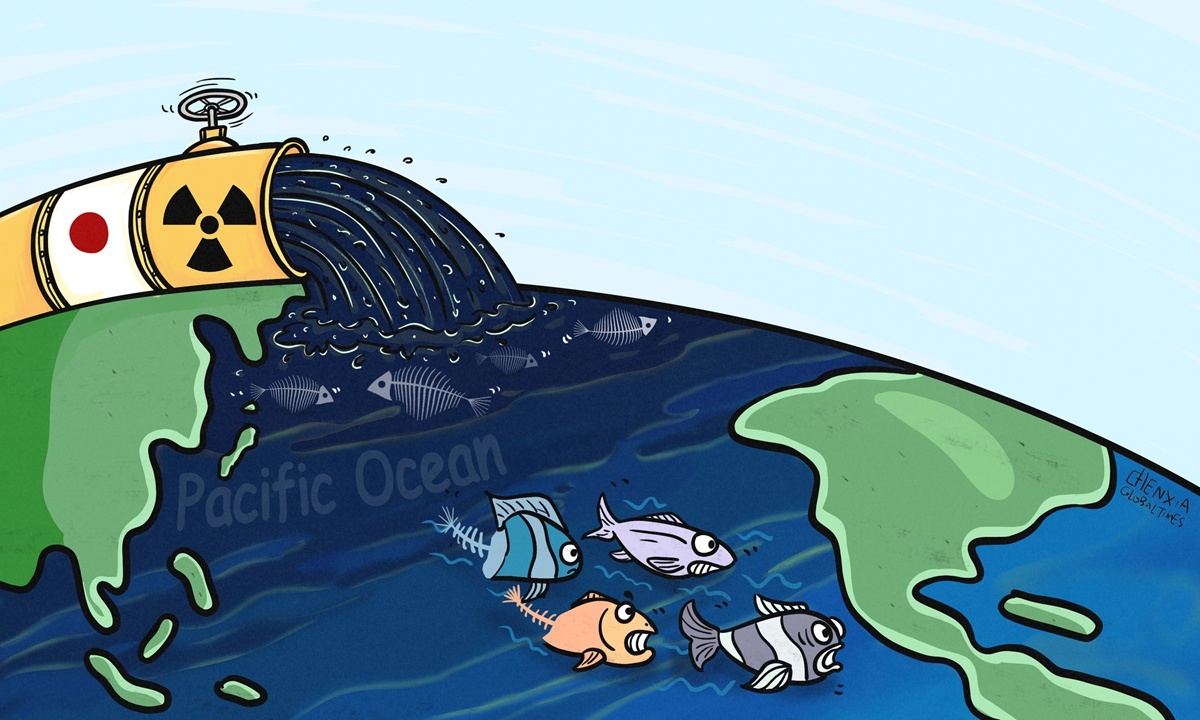 The Japanese government's decision to discharge contaminated wastewater from the Fukushima nuclear plant into the sea has triggered strong opposition and serious concerns from Japan's neighboring countries, the global community, international organizations and over 300 environmental protection groups worldwide. It is not a domestic matter for Japan, but a global issue concerning a series of procedures, principles and obligations of international law. Choosing and adopting the correct and reasonable path of international governance in the case is a realistic challenge confronting not only Japan's peripheral countries, but also the global community.

After Japan announced the decision, US Secretary of State Antony Blinken tweeted, "We thank Japan for its transparent efforts in its decision to dispose of the treated water from the Fukushima Daiichi site." Western countries and their media outlets, which have paid much attention on environmental protection and human rights, almost unanimously remained quiet on the matter, which fully displayed their double standards and hypocrisy on international affairs and global governance. Meanwhile, countries in the region, including China, South Korea, Russia and the Philippines have raised their opposition and concerns over Japan's wastewater plan.

So far, the international community has not yet formed a consensus over Japan's decision. Among countries and international groups which oppose Japan, a relevant frequent proposal is filing a lawsuit with the International Court of Justice (ICJ).

Turning to legal approaches is a common way to resolve international disputes in a peaceful manner. But the judicial procedure has its limitations, as it is a zero-sum game in nature, there will be a winner and a loser after the lawsuit, but the issue of discharging the nuclear contaminated wastewater, as well as its impact and damage on environment, economy, society and sustainable development, won't be fundamentally and comprehensively resolved.

Therefore, a new path could involve proposing a Better Discharge Initiative (BDI) mechanism. China could initiate the BDI by itself or jointly propose it with South Korea. The form of the mechanism could be set up as regular regional or international round table conferences. The nature of the mechanism could be a semi-official track 1.5 dialogue, and later transfer into an official diplomatic track 1.0 dialogue.

The initial members of the BDI could be Northeast Asian countries which are directly affected by Japan's nuclear contaminated wastewater discharge. It could later expand to include Southeast Asian and Pacific countries. Other countries and international organizations could participate as observers.

The main agenda of the BDI could be international cooperation and sustainable development for nuclear contaminated wastewater discharge. And the initiative could discuss and participate in damage notification, drafting emergency and prevention plans, discharge monitoring, data exchange on discharging, environmental impact assessment, setting up scientific standards as well as promoting international cooperation.

The results of the mechanism can be announced in the form of joint statement, initiatives, reports, etc. Bringing out binding regulations based on a consensus should also be considered. Expert groups should be set up under the framework of the BDI, including legal group, scientific group, environmental/ecological groups, etc. The construction and operation of the mechanism should be carried out with the principle of joint consultation, contribution and shared benefits.

The difficulties in dealing with nuclear contaminated wastewater is a task for all. In the face of challenges, China should proceed from the perspective of a community with a shared future for mankind, unite neighboring countries and the international community through the BDI, and meet the challenge brought by Japan's nuclear contaminated wastewater decision with others, striving to making greater contributions for mankind.

The author is honorary dean of Law School, Hainan University and former judge of the International Tribunal for the Law of the Sea.